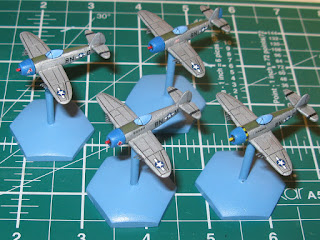 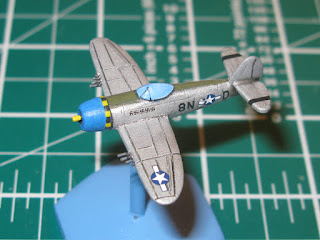 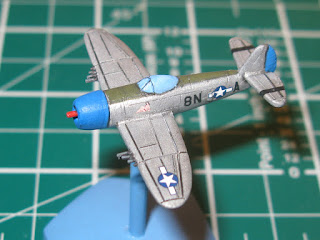 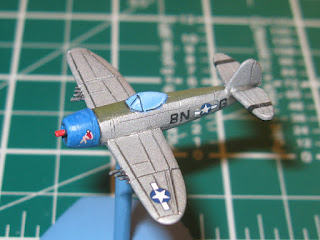 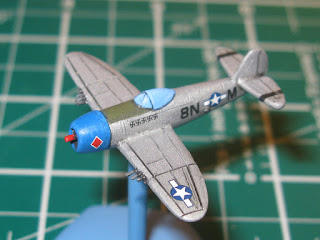 I finished these off tonight but without adding all of the various possible permutations of insignia and markings, which I thought was a step too far and less than noticeable unless you are a rivet counter. I'm quite pleased with the end result so have ordered four more P-47D 'bubbletop' Thunderbolts from Magister Militum for a future expansion of the 405th Fighter Squadron. I would have bought a full eight but they have now run out of the Raiden Miniatures version, so four will have to do, perhaps with some P-47C 'razorbacks' from the spares box to make up the numbers.
Posted by Jim Jackaman at 14:24