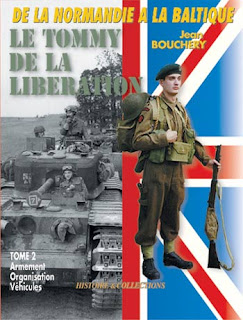 We're off home tomorrow after Xmas with the French in laws.

No surprise that I haven't managed to find the time to get any of the German Colonials cleaned up or based, let alone the Luft 46 stuff. At least I was able to work out the army list and read through the rules for In the Heart of Africa, so all is not lost.

Hopefully, I'll find the time to prepare, base and undercoat the figures in the last few days of the holiday so that I can start painting them in the first week of January.

I was even thinking of doing a Native Villager or Native Warlord army instead, as the figures would be quick to paint up even though there are lots more of them to plough through, but I reckon I'll stick with the Germans as they are less of a mountain to climb in one month.

As for the rest of the year, I'm going to write up a 'to do' list for the end of the month so that I have at least half the year planned out in advance.

I'm hoping we'll have time to stop off in Benouville tomorrow to re-visit the D-Day museum. They had some excellent books last time I visited including one detailing the ToE of all the British units involved in the Normandy campaign (it's one of the books done by the publisher of Vae Victis, Steelmaster etc).