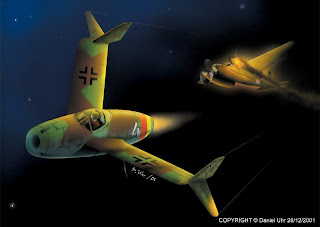 I'm now at the relatives in Brittany after a long journey by ferry and car yesterday. It wasn't that bad actually, depite the road being a bit icy. We found out later that they'd closed the motorway behind us overnight due to the snow so we had a lucky escape.

I managed to bring along two small boxes of stuff to get cleaned up and based over Xmas, if I can find the time. One box contains a German colonial expedition force for In the Heart of Africa consisting of around thirty 28mm figures from both Foundry and Copplestone.

I've been planning to start ITHOA for a couple of years now and have colected loads of figures, including an enormous force of tribal warriors, some Belgians, some British and some Arabs. In fact I've got enough for about four armies stashed away but, given my tendency to bite off more than I can chew, I've decided to begin on a small scale to start with.

I need to add some baggage elements and a gunboat but other than that it's a nice self contained force. Although I'll need some extra scenery bits and bobs, I've already got quite a lot of useable terrain stuff for Africa in my Saurian Safari set up, so that's another good reason to make it a top project for the new year.

I've brought the rulebook and army lists with me so that I can cost the units up to make sure I've got enough for 700+ points worth, which should be enough to take on Dave's British naval landing party (I hope).

The other box of stuff contains a small selection of 1.285th scale Raiden planes for Luft 46 games. This has been another planned project for a while and was down for 2009 at first but got sidelined by North Africa instead. I need to brush up my small scale painting for the big Raiden participation game, so 1946 seems like a good mini-project to get going. The planes will also act as a back up for the ITHOA project if I don't start that straight away in January for whatever reason.

I've decided to include both Luftwaffe and RAF aircraft in the initial batch as the former are too cool to leave out and the latter, in bare metal, too simple to take up much preparation and painting time. The Luftwaffe have some Triebflugels, Natters and Ta183's for interceptions plus some Hortons for offensive actions. The RAF have MB5's, Tempest II's and Meteors. I've also chucked in a couple of one offs for both sides just for fun and as a test bed for camouflage schemes. I may use this lot with the Luftwaffe 1946 rules or just stick with Bag The Hun, the 2nd edition of which should be out very soon!

I'll post some updates if I manage to get one or other of these preparation projects off the ground in the next few days. I'll also be working out the other projects for 2010, some fairly big and some manageably small, when I've had a think about what I can feasibly get done in the next twelve months based on the contents of my lead mountain. I've already whittled it down to half a dozen front runners which should provide some interesting games in 2010.
Posted by Jim Jackaman at 17:24