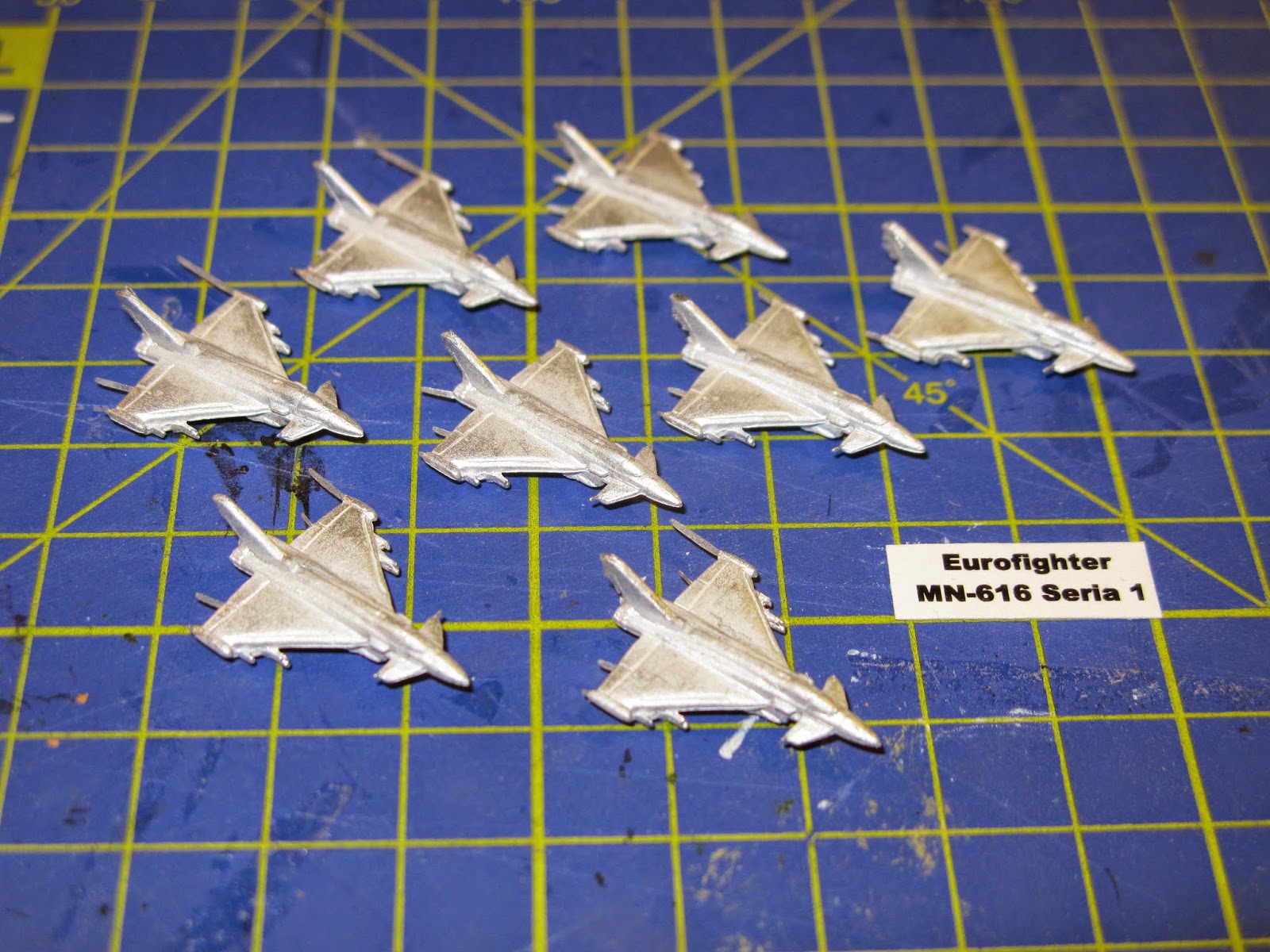 The Oddzial Osmy 1/600 scale modern aircraft were picked up from the parcels office yesterday and I found some time to unpack and sort them out. They are fantastic sculpts, cast in high quality metal and with some very fine surface detail. They are noticebly smaller and lighter than the equivalent Tumbling Dice models but no less robust when it comes to wargaming.

They're also excellent value for money.

I now have the following elements of the NATO Baltic Air Policing mission:

The Russians are looking a little less well equipped at the moment but I have some plans for that:

The overall idea will be to paint up a range of aircraft for some linked ultra-modern scenarios. There's plenty of opportunity to try out different types of aircraft, with a variety of loadouts and capabilities, so it should have lots of re-playability. I'll get started as soon as I have tackled the Air War C21 Alto Cenepa project, which is in the undercoating stage at the moment.