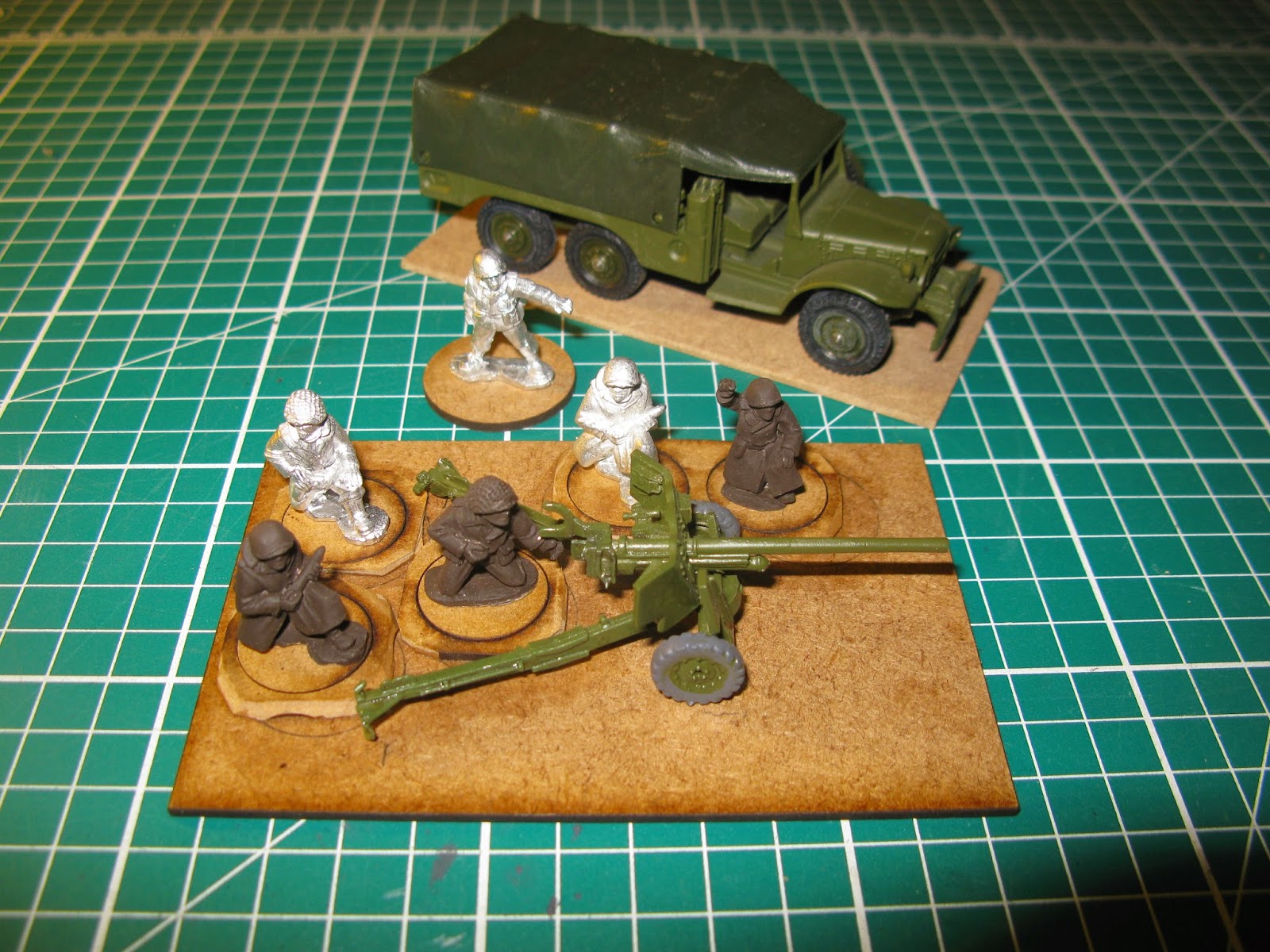 This post should really be Chain of Command Yanks [1] but, as I started the project for Bolt Action, I might as well stick to the original title. These are the handful of extras that I need to complete for a Chain of Command version of my established late war US infantry platoon. I had a lot of fun painting and gaming with this lot, so it is high time I upgraded it for Chain of Command. 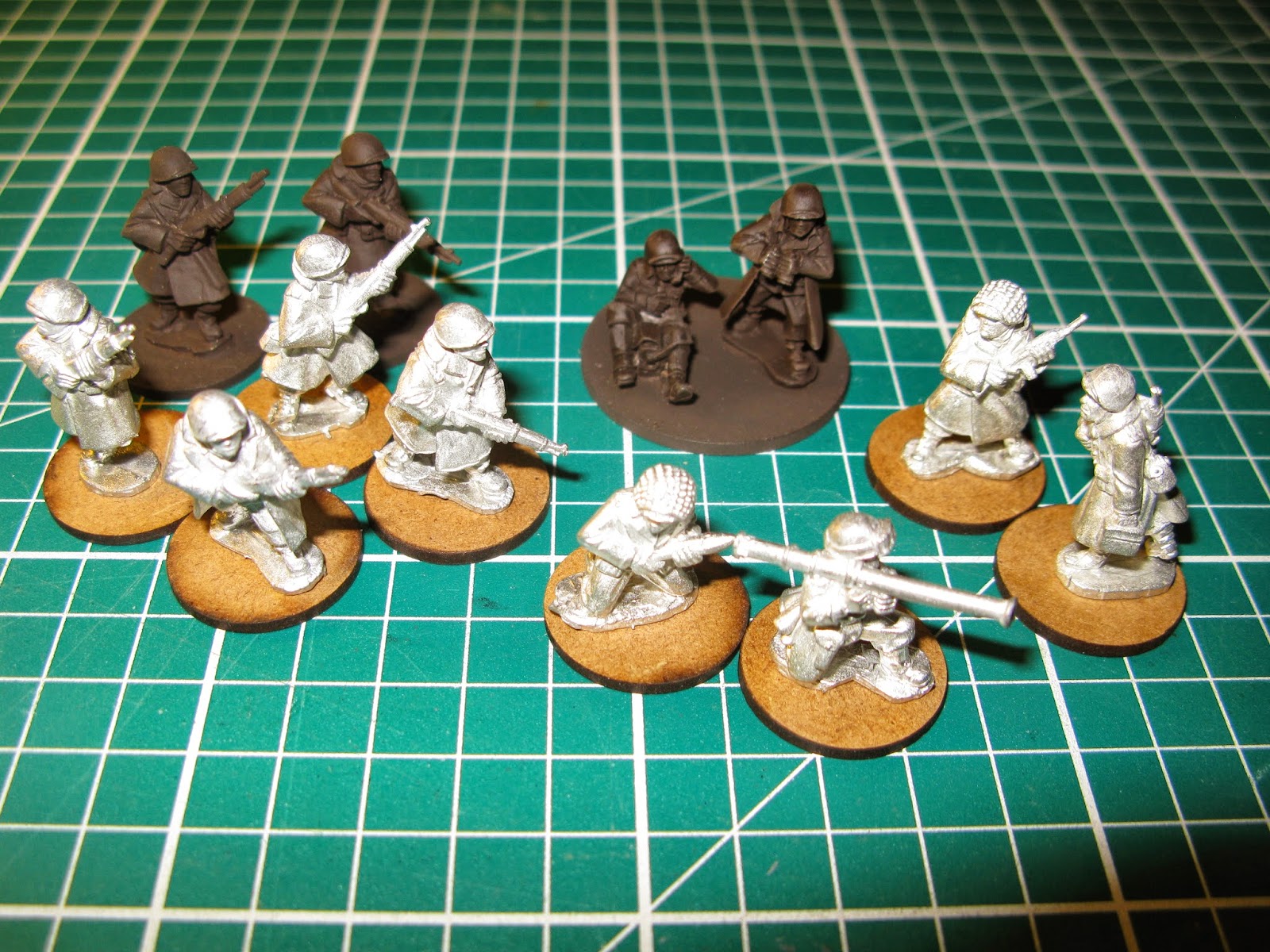 The AT gun and crew are the most significant addition, requiring an additional three figures over and above the Bolt Action equivalent. I also need some extra riflemen to bulk out a third squad, together with a couple of extra crew for the 30.cal MMG team. The emphasis on crew figures in CoC is probaly more realistic but it doesn't half push up the cost of crew-served weapons.

To finish off there's a FOO and a bazooka team as support list options, ready for basing and undercoating tomorrow. The bazooka team are a luxury but, from previous encounters with the enemy they're well worth it, both in terms of cost effectiveness and AT firepower. The Artizan figures are really nice too, even if they're a little under-dressed for the winter of 1944!
Posted by Jim Jackaman at 13:01