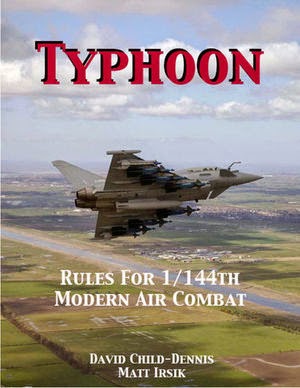 I found these on the hard-drive today, so thought I'd track them down on the net, having forgotten where I originally located them. Although designed for 1/144th scale models, which seems a bit counter-intuitutive given the range factor in modern air warfare, they look like they would be ideal for the Baltic Air Policing 1/600th scale project.

They are written in a very clear and straightforward style, with simple mechanics for non-hex based movement and firing, so they definately tick the one-brain cell box. Even so, they include rules for ECM, AAA, SAM's and ground attack, meaning that they would be adaptable to a range of potential scenarios. There are stats for several modern and next generation Russian, US and European aircraft too, with one or two omissions. All good stuff and free as well. I really like the look of these rules as an alternative to Air War C21 or CY6:Jet Age, which are the current rules that I would plan to use for the Flashpoint Baltic! project. If you want to have a closer look, they're available to download from the excellent WFHGS website:

http://www.wfhgs.com/downloads.html
Posted by Jim Jackaman at 11:29