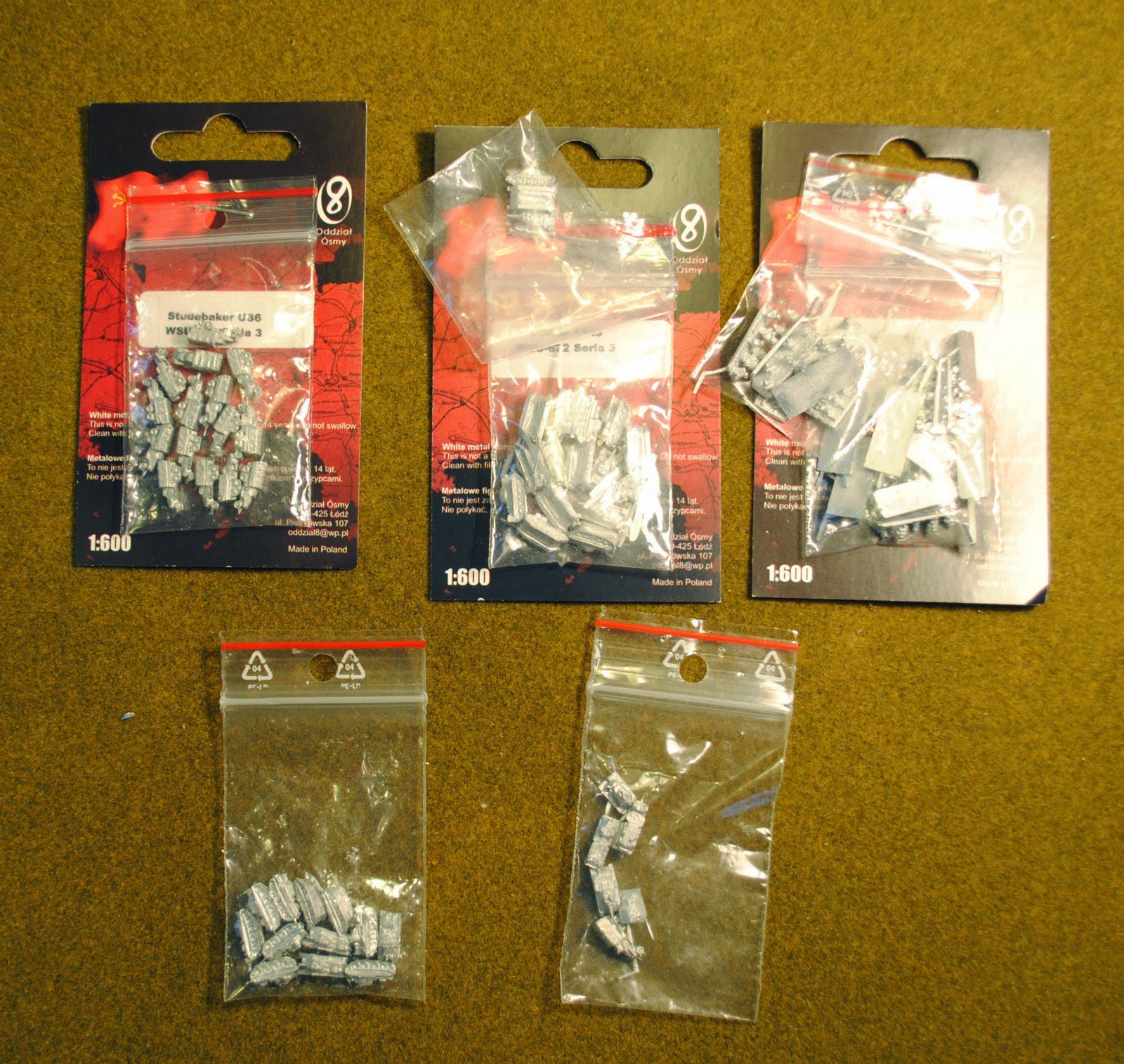 Despite the snail-like pace of my Bag the MiG / MiG Alley project I have just acquired some North Korean ground targets for the UN forces to strafe, with a successful bid on some Oddzial Ozmy 1/600th scale WW2 Soviet packs via Ebay.

This will give me more than sufficient knock-off Studebaker trucks, T34/85's, artillery bases and light vehicles for the USAF and USN to plaster from on high, with interdiction being a significant feature of the Korean War air campaign.

I'll organise them up as convoys elements using modelling paste to texture the mdf bases, very much in the same style as the 1/300th scale AAA units that I completed for Bag the Hun.  It's all very slow progress at the moment but things will pick up in a couple of weeks.
Posted by Jim Jackaman at 14:16