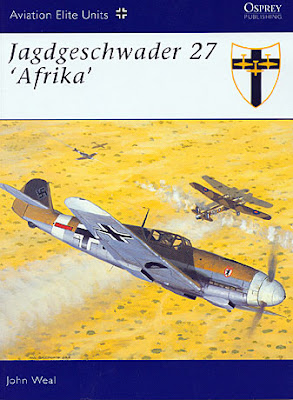 It's a bit clunky as a working title but the latest Bag the Hun 2 scenario is now in the research and development stage. I've narrowed the set up down to the following, based half on the actual historical events and half on the models I have ready to deploy:


This would seem a little unbalanced but will be weighted in the Luftwaffe's favour by assigning high ratings for the very experienced pilots of III/JG27 including the junior ace Oblt Erhard Braune, who already had twelve confirmed kills to his name by this time. The Axis players will also get a fair amount of nasty light flak to throw at the bombers as they make their attack run..


The RAF by comparison will be relatively inexperienced, with 229 Squadron in particular, being re-formed as a full unit only in September 1941. I will have some regular and veteran flight commanders but there will also be a sprinkling of sprogs making up the two flights of Hurricanes, which were also far less than an equal match for the Bf109F.


The only exception to this will be the 14 Squadron C/O, Wing Commander J K 'Buck' Buchanan DFC, who will definitely be getting his own character card and possibly a 'special' card of some kind to represent his skill, experience and leadership. This would give the Blenheim formation a bit of an edge, even if their top cover lets them down.


It's already shaping up to be a really interesting scenario and should be a challenge for both the RAF and the Luftwaffe for different reasons. I'm hoping to get the scenario briefing sketched out over the next couple of days. In the meantime it's back to the books to fill in some missing details.

*these were possibly cannon armed IIC's but I will be using IIB's instead, as I have a reference that refers to a 229 Squadron IIB being shot down a few days earlier