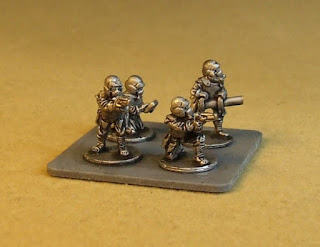 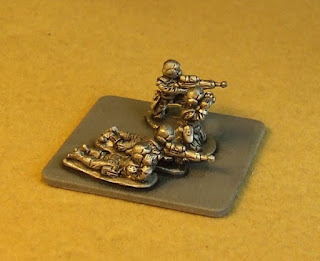 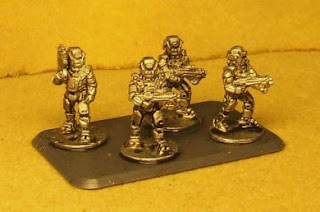 You know when you see something and then just have to have it, even if you're not sure exactly what you need it for? Here's the new range of Sci-Fi / Near Future SWAT troopers from GZG, which are some of the most detailed figures I've seen in 15mm. I had a 15% off voucher from the GZG sale, so have decided that I need a selection of these packs, together with some of the security bots and drones, for an as yet to be determined crime busting scenario on some futuristic off world outpost. I'm saving the pennies at the moment but this didn't break the bank, so I thought 'why not?' No vehicles though, as I'll use some die cast Matchbox toys for the SWAT armoured transport. I love this sci-fi stuff!
Posted by Jim Jackaman at 12:12