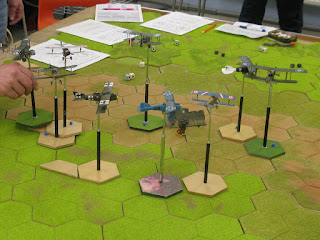 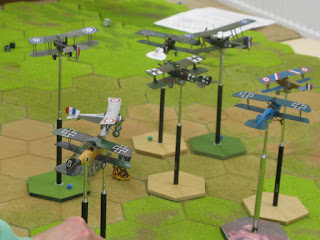 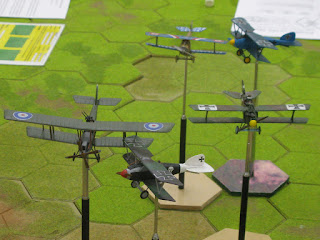 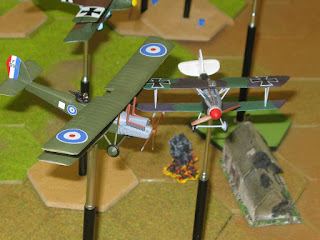 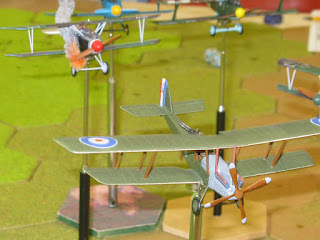 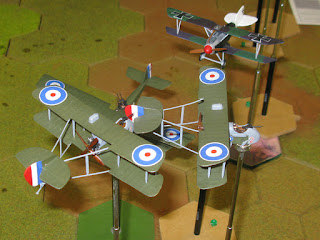 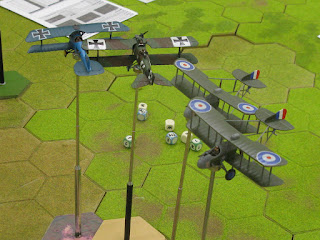 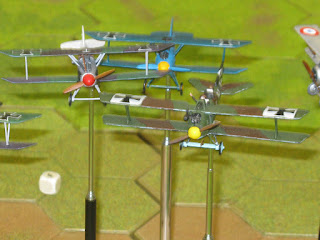 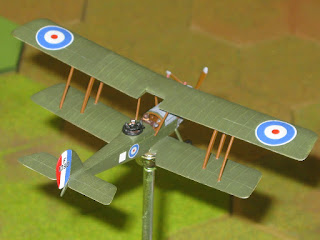 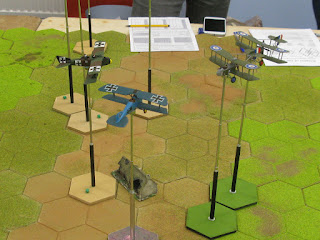 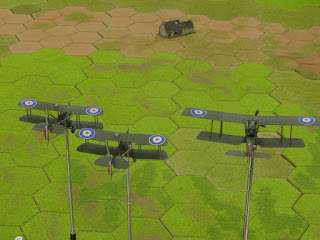 The 1917 Knights of the Sky multiplayer club game this evening was a lot of fun, with plenty of action and some very funny moments. The RFC managed to complete two circuits of the target area for their artillery spotting mission but the Re8 was shot down as it began the third and final turn. The Germans lost one aircraft but so did the French, while the RFC lost both the Re8 and a DH2 to the guns of Jasta 2's Albatros scouts. I think we all had a really good game, despite lots of gun jams and a bit of a pile up in the middle of the table at times. I really should set up another game for later this year, especially as the centenary of Bloody April isn't that far away.
Posted by Jim Jackaman at 23:10