Back of Beyond Battle Report [1] 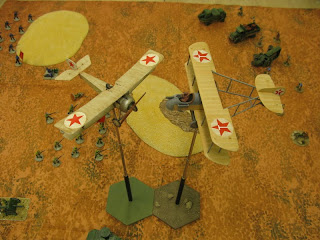 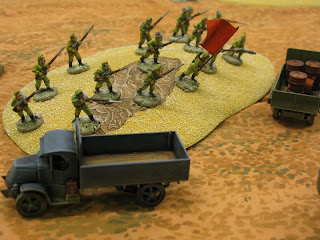 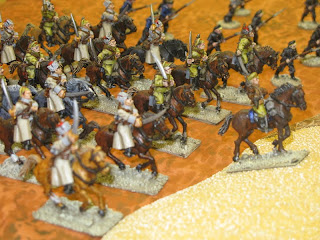 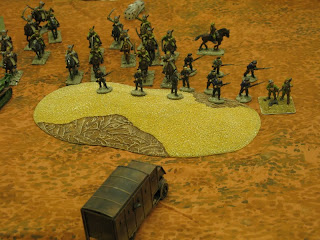 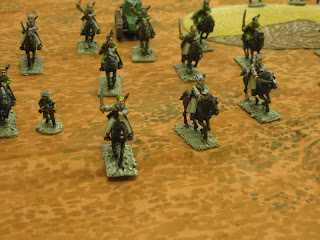 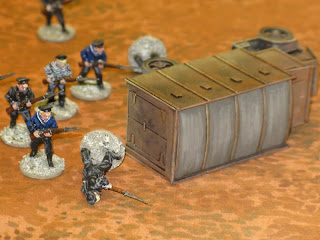 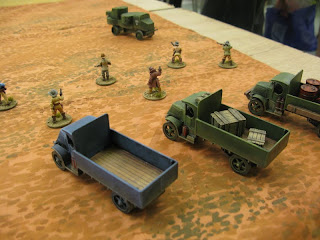 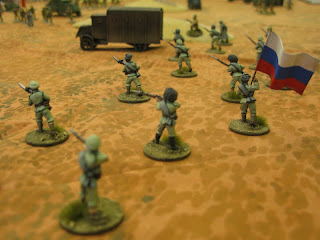 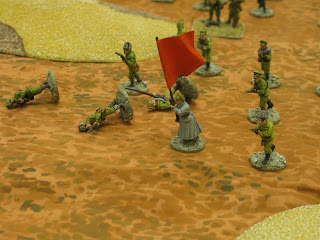 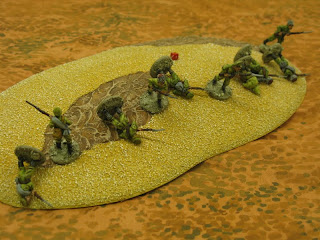 I played the first game of the Back of Beyond campaign against Chris's Bolsheviks this evening. We decided to set the maximum limit of 1000 points, so I used everything plus the kitchen sink to put 999 points worth of kit on the table. I was still vastly outnumbered by the Reds but had some advantages in terms of firepower and mobility.
The game was a close run thing for most of the six turns that we played but, in the end, the Bolsheviks wore down my firepower advantage and pushed me off the table. They paid a high price for the victory and lost a lot of units but the numbers made it too difficult for my oil explorers to hold on long enough to swing the battle my way.
It was a really good game and I enjoyed trying out the new army. I think I need to add either some Chinese labourers, to act as bullet magnets for the opposition, or some cavalry to reinforce my relatively small infantry units. I quite like the idea of painting up some mercenary cossacks to the mix but they'd be quite expensive in points and might not be worth the effort in painting them up.
Posted by Jim Jackaman at 16:15