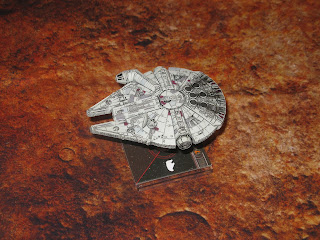 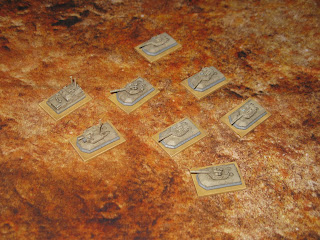 The Deepcut Studios terrain mat arrived today and, as soon as I got home, I unpacked it, smoothed it out and started to play around with some 1/300 scale sci-fi armour to see what it looked like. Although the bases on the hover tanks aren't exactly the same shade, I think they look pretty good against the backdrop of the terrain cloth and won't need any re-painting to match up. I also realised that I hadn't thought of using X Wing models with the red planet cloth (muppet!) so unboxed the Millenium Falcon and plonked it on top. I think it looks great and will open up possibilities for  all sorts of low level X-Wing missions from ground attack, to stealth insertions and fighter interception. Brilliant!