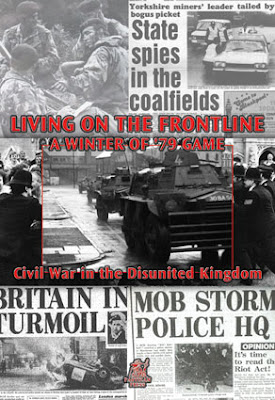 I quite like the look of this. A few years ago I did a VBCW project in 28mm and played a few games at the club using the Warhammer WW1 rules, which were good fun if a little on the small side. However, the whole VBCW thing was a bit kitsch and I think has drifted away from the original focus to become an excuse to do silly things like armed Morris dancers and maiden aunts with Lewis guns, which is all a bit ridiculous. 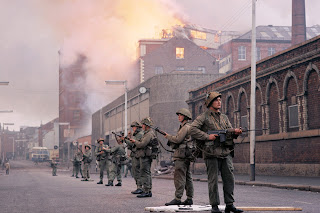 This new set of 'what if?' rules looks a lot more gritty and down to earth, at least as far as suspension of disbelief is concerned. I'm particularly interested in the dystopian political background and class war rationale, which seems not too far beyond the bounds of possibility, although taken with quite a large pinch of salt? Anyway, here's the blurb from the authors so you can make up your own mind:

VBCW this is not! No tea and hand grenades Vicar. But there is no reason you can't have colourful private armies, trade union and left-wing militias, local defence leagues, new military and paramilitary formations, each with their own identity defined by your choice of uniforms, camo, weapons, badges and personalities. So why 1979? Because it's a watershed. The Winter of Discontent, the collapse of the Callaghan government, the rise of Margaret Thatcher. In the years immediately before, we see the vested interests and right-wing gearing up for a 'battle to save civilization' as they knew it. A fear that Belfast could easily be replicated on the streets of Birmingham, Londonderry in Liverpool.
Posted by Jim Jackaman at 14:44