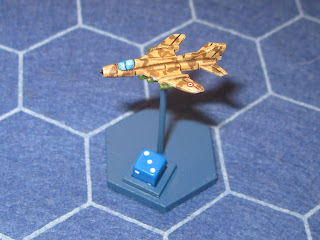 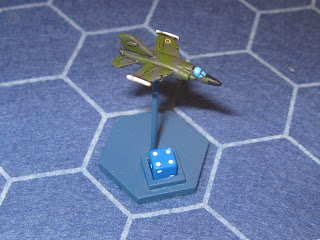 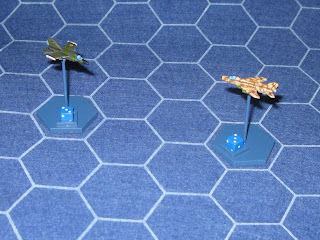 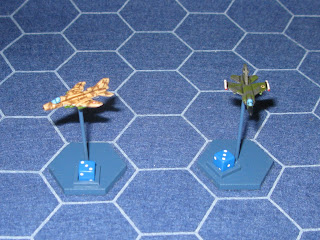 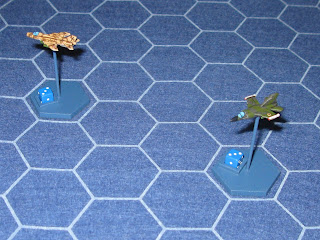 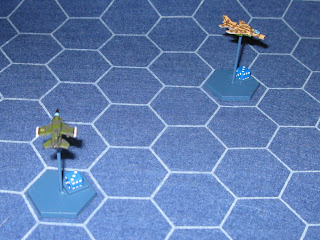 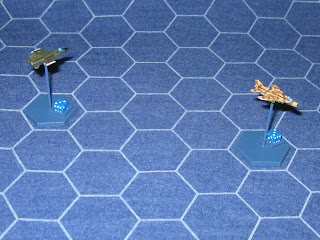 I ran a playtest this afternoon to try out the Jet Knights of the Sky rules, using my 1/600th scale aircraft and battle worn, moth eaten old Hotz hex mat. The game set up included a Peruvian SU-22 fighter bomber being intercepted by an Ecuadorian Mirage F1C. This was an enlightening experience as it turned up an immediate issue with the missile firing arcs and lines of fire, which are based on the Bag the Hun system. A turning close range dogfight developed which denied both pilots a chance to fire their missiles, although the SU-22 did get a burst of cannon fire on to the Mirage, causing only minor wing and fuselage damage. 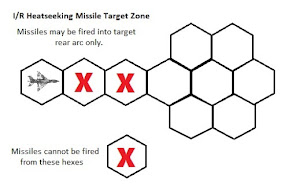 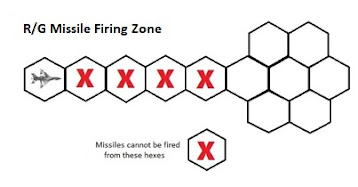 I have now changed the missile firing diagrams to fix the problem, using a target zone rather than a forward line of fire, which should make it easier to get a missile lock on both at short and long range. I didn't use this system in the initial draft of the rules, as I thought it would make it too easy to sit back and fire missiles at long range, but it's better than the current arrangement and should be an improvement. I have also extended the firing range of cannon from two to three hexes but have retained the linear firing diagram, as I don't think cannon can fire along diagonal lines!
I'll try out these tweaks tomorrow, if I get the time, to see how they work?
Posted by Jim Jackaman at 11:09

Labels: Jet Knights of the Sky