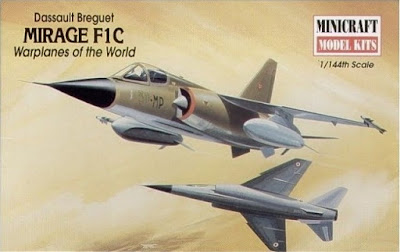 It looks as though there will be plenty of MiG's and other Warpac kits being glued together by the club, so I've decided to build some French aircraft to bolster the NATO forces. I am starting with two Minicraft Mirage F1 fighters, which I originally acquired as AK47 air support, to be followed by at least one Sepecat Jaguar.