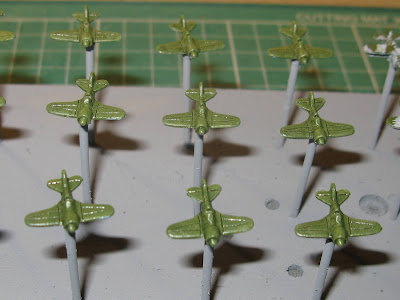 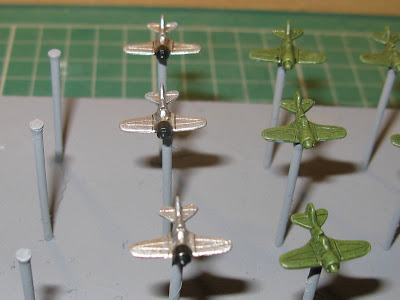 I've made a good start on the 1/600th scale Soviet fighters for the Bag the Hun Khalkhin Gol project, with the I-16's base coated, blocked in and washed, then given a bit of a highlight to bring them up to scratch. I added three more in an overall bare metal scheme, as I need them for the second scenario where they make an appearance alongside two I-15bis in camouflage. I completely buggered up the I-153's, by giving them an ink wash before the camouflage pattern had dried, so they've gone in the bin as I couldn't salvage them and will replace them with new models. I'll aim to get the I-16's finished tomorrow if I have the time.