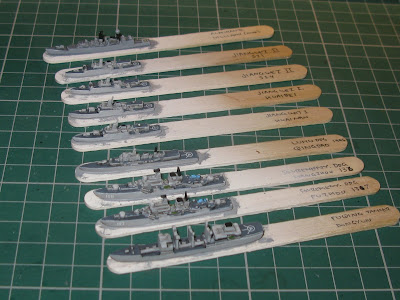 I've now finished painting the PLAN warships for the South American Naval Command project, together with the modernised Chilean flagship Almirante Williams. I only have to texture and paint the bases, add some labels and the project will be virtually complete, except for the aircraft which will follow on later when I get the time. I've already completed painting the fishing trawlers, which will be based up alongside the warships, so there will be something to fight over when the missiles start to fly!