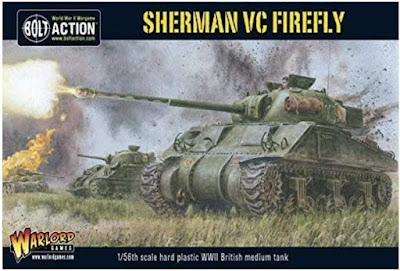 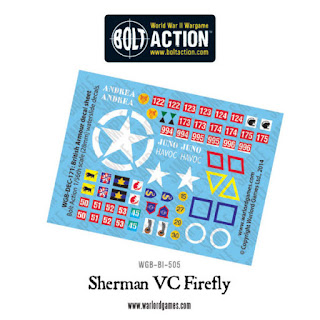 I have ordered a Warlord Games Sherman Firefly for the Chain of Command summer project, as the first of a handful of AFV support units for the 5th DCLI platoon. The plan is to paint this as a tank of A Squadron 4/7th Dragoon Guards, which supported the 5th DCLI in Normandy and Holland. I will also get a Rubicon Sherman III at some point, as they made up the other tanks in A Squadron, for which I've ordered a spare set of the Bolt Action decals. It's a good start to the AFV's that I'll be adding to the project as support options.