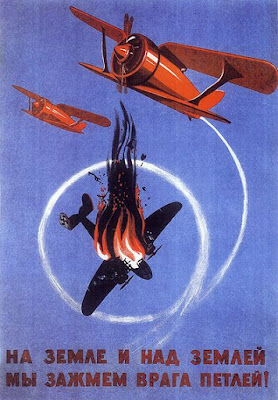 One of the tricky things with the Khalkin Gol / Nonomhan conflict is how to balance the scenario so that either side has a decent chance of achieving their objectives, while still having an enjoyable game.

Although I personally don't mind having a minimal chance of winning or even losing by a fair margin, some people are driven to win and get stroppy when they think they don't have a chance. I always play the underdog in most games, as it's more fun and even better when you do succeed, but it's not always great if you want to come away from an evening playing toy soldiers (or aeroplanes) with a bounce in your step.

The obvious issue with the Khalkin Gol / Nonomhan conflict is that, at the beginning, the Soviets get pasted by the Japanese, while at the end the tables are turned and it's the other way round, with the Soviets hammering the Japanese. In the middle, there's a good balance but at either end, in May and September for example, it is a bit one sided to say the least. Here's a good example from 27th May 1939.

A squadron of eight I-16's of the 1st Fighter Squadron, 22nd Fighter Air Regiment were scrambled to intercept three Ki-27's that appeared over their forward air strip at 2500'. The squadron leader and another pilot failed to start their engines, leaving only six I-16's to take off, flying east in a ragged line ahead without formating for combat. They climbed to 2000' and were bounced by six more Ki-27's of the 1st Chutai, 11th Sentai led by future ace pilot Captain Kenji Shimada. 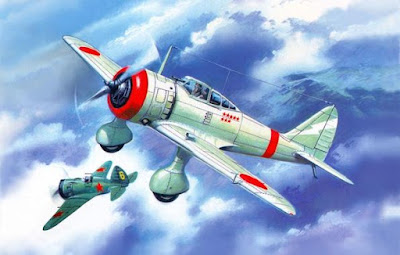 The Japanese attacked in tight formation, diving down from 1000' above the Soviet fighters at high speed. The three Ki-27's that had been spotted initially joined in, once they had performed their role as bait for the Soviets, giving a numerical advantage to the Japanese. Despite the efforts of the Soviet deputy squadron leader, Lt Cherenkov, to get the I-16's into some sort of defensive formation, the Soviets lost another two fighters though engine failure, one shot down in flames and a fourth destroyed in a crash landing. The Japanese claimed to have shot down nine I-16's!

As you can see, they didn't stand much of a chance, being very inexperienced and effectively leaderless, especially as Lt Cherenkov was one of the pilots shot down early in the dogfight. In the end, only one battered I-16 made it back to the airstrip, two pilots were killed and a third wounded, with no airworthy fighters left at the end. It's a good basis for a scenario, nonetheless, as it has lots of interesting elements including the varied level of experience on either side, the bounce by the Ki-27s which works well with the use of bogey counters, as well as a manageable numbers for a two to four player game.

I just have to work on the mission objectives and victory conditions to balance it out!