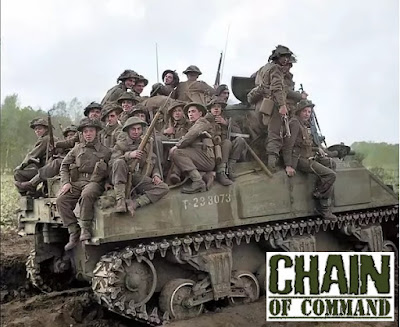 It's looking as though I'll be staying at home this summer, while my wife and daughter go to Brittany, looking after my two teenage sons for my sins. To make the most of this enforced staycation, I've been thinking of setting up a project with my eldest son, having given him a Bolt Action starter set for his recent birthday. He's keen to paint up his late war Germans, so I thought I could paint up my old Crusader Miniatures British infantry platoon that I've had knocking about for at least a decade. 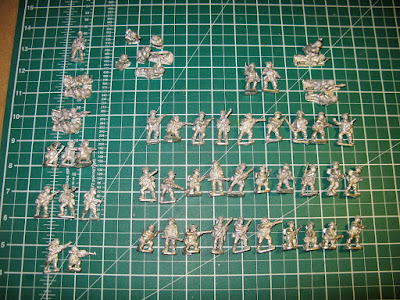 The overall aim would be to play both some pick up games of Bolt Action  but also Chain of Command as a two player mini-campaign. I have nearly all of the figures I need for a Chain of Command set up, except for a few optional support units like engineers and a medic, so all I need is a couple of  AFV's. The focus, as always, would be on the 5th Duke of Cornwall's Light Infantry for Normandy and beyond. I think this sounds like a plan is finally coming together?