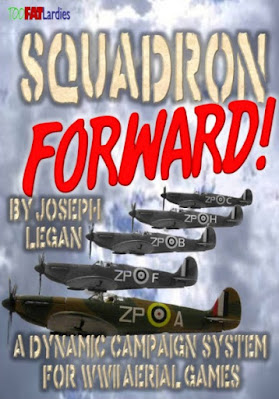 I was thinking about a way to extend the Bag the Hun Khalkin Gol project beyond the half a dozen or so scenarios that I'm writing, in order to maximise the use of the 1/600th scale aircraft that I'm painting and to bring in some bombers to the games. I have a box full of light and medium bomber models that won't feature in the scenarios but I'd really like to paint some up!

The best way to do this without having to write even more historical scenarios, I thought to myself, would be to customise Joe Legan's popular Squadron Forward campaign system for the Nonomham conflict. As it's designed for WW2, this would require some new tables for encounters and missions, as well as a few tweaks here and there to reflect the numbers of aircraft involved. 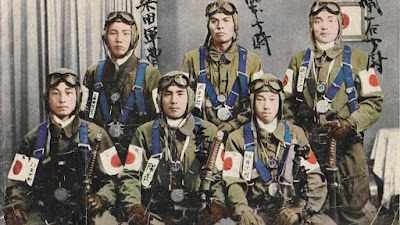 The best option would be to run it as a Japanese campaign, with a fictional Chutai of nine aircraft and a dozen or so pilots, each with his own experience level, characteristics and personality traits. There's no reason why you couldn't run it from a Soviet point of view but I thought it would be more interesting to use the IJAAF as a starting point. They also have greater experience at the start of the conflict, making it easier to run rewarding games that don't end with all of them being prematurely shot down!

I need to give this idea some more thought but it would be a good way to push the project beyond a handful of individual scenarios and towards a more cohesive, narrative campaign.