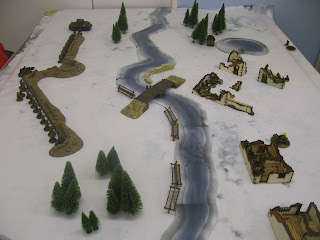 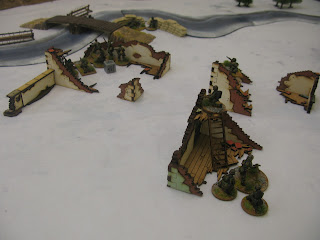 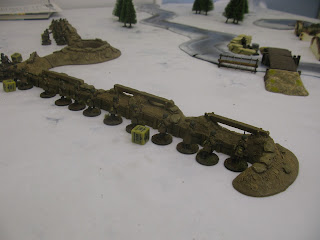 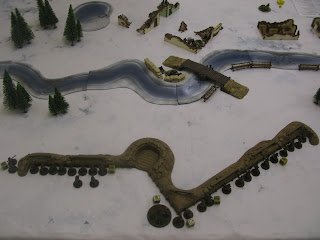 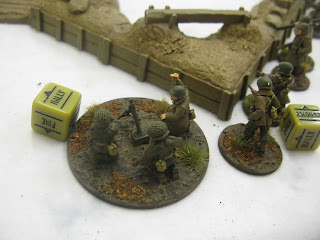 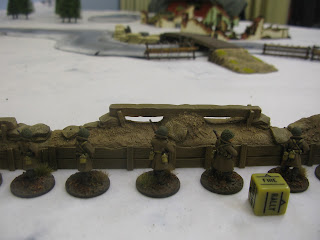 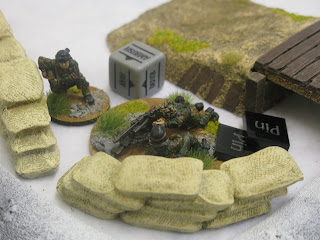 I had a bit of a rubbish day today but this was cheered up by a visit to the club for an excellent skirmish level game of Bolt Action. This used my new snowy terrain cloth and involved an attempt by my regular US infantry platoon with tank support to capture a bridge over a river, opposed by Mike's veteran SS platoon. The scenario was Hold Until Relieved from the rulebook, so we diced for defenders and attackers first, with Mike taking up his positions in a ruined village adjacent to the bridge and my attacking force advancing into cover behind some entrenchments. 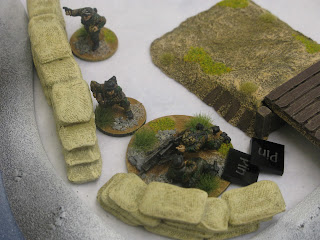 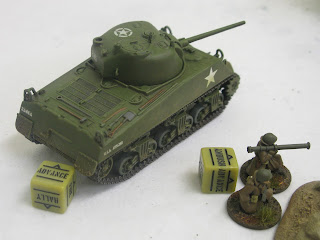 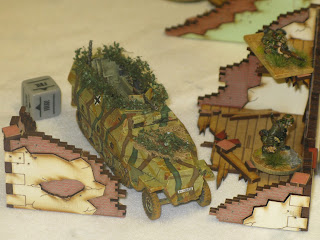 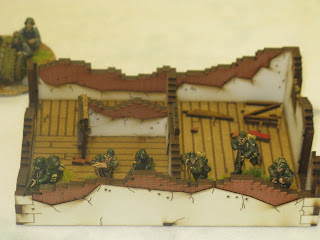 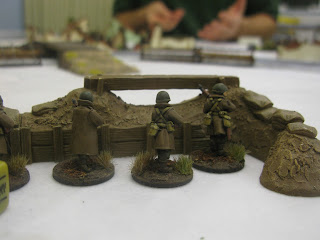 This was a really tactical game with both sides trading long range fire in an attempt to neutralise their respective heavy weapons, prior to an assault going in by the Yanks. In he end, the game was a draw with virtually even losses on both sides and neither platoon occupying the objective, although my brave bazooka team almost made it in the last turn. I lost my MMG team very early on but took out Mike's equivalent team mid-game, only to lose my mortar team to counter battery fire. I knocked out Mike's half track to even the score, even though it tried to hide behind a convenient Xmas tree. 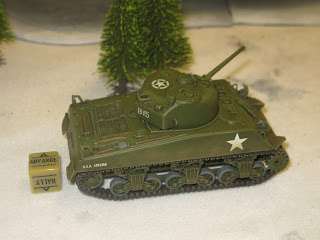 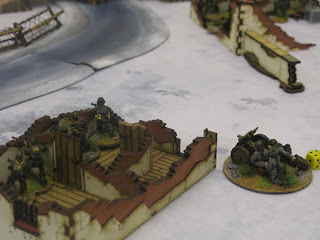 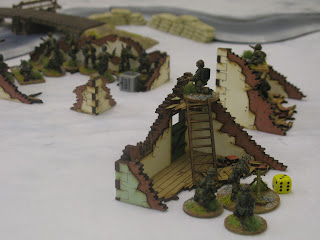 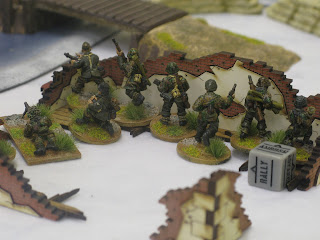 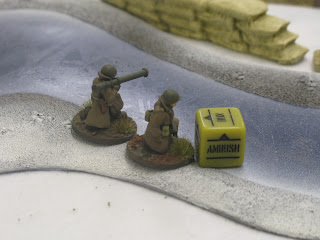 I still have to get my head around some of the mechanisms but Bolt Action does work well at this 700 point squad skirmish level. If I re-played the scenario I'd definitely leave at least one of the bazooka teams out, as they're pretty useless without any armour to target. I'd also pack a Forward Observer for off table fire support, as this would have been really useful if only to lay down some smoke to cover my assault. I was glad that I included the Sherman though, as it was a real headache for the defenders as it trundled up the flank blasting away with HE and MMG fire.
A good game!
Posted by Jim Jackaman at 23:23