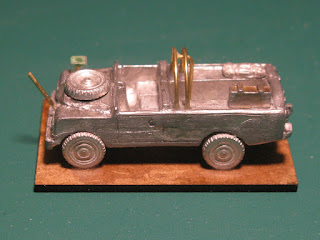 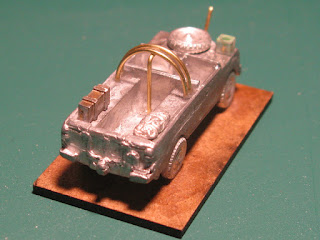 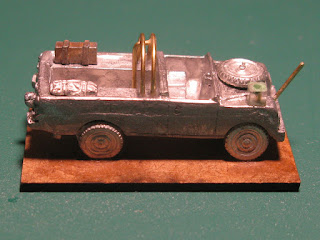 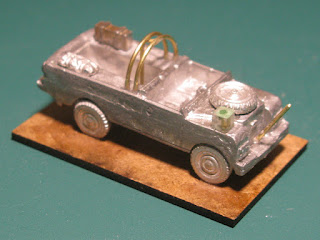 I haven't done much today for the Sandbox Skirmish wargaming project except for a bit of work to convert a standard Peter Pig Long Wheel Base Landrover model into something like a mine protected patrol vehicle, as seen on the streets of Aden and mountains of the Radfan in the 1960's. This was a simple, or so I thought, matter of adding a roll bar and wire cutter from brass wire, a radio box on the front bumper and some stowage in the back. I'd made this model several times before for AK47 armies, so there should have been no unpleasantries or colourful language involved. 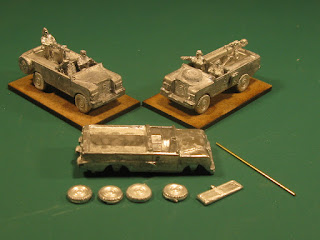 It took me about an hour to get all the right bits in the right places, which is bonkers given that the basic model only has six parts and I left one of those off! The roll bars were a bit of a pain and the wire cutter still needs some brackets but I got to the end eventually after quite a lot of trial and error. The three man crew have been undercoated so aren't available but they consist of a driver, front passenger and radio man in the back, representing the CO and his team. I'm quite pleased with the end result but will do some more tinkering with it until all the fiddly bits are finally stuck on.
Posted by Jim Jackaman at 18:23