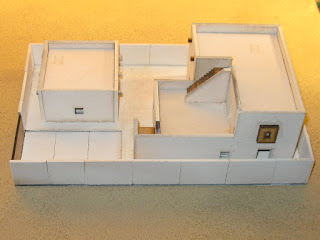 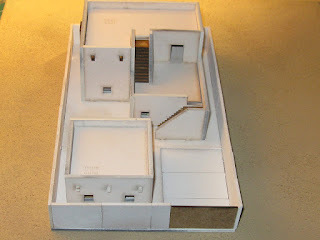 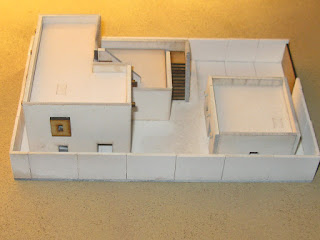 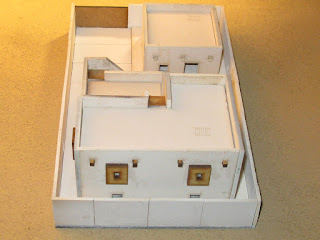 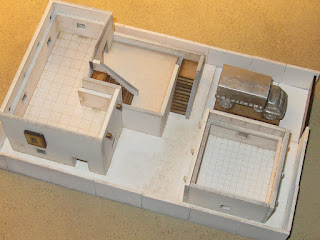 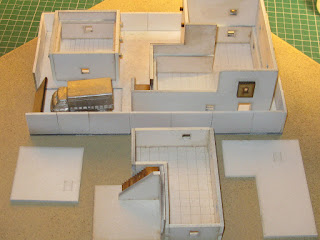 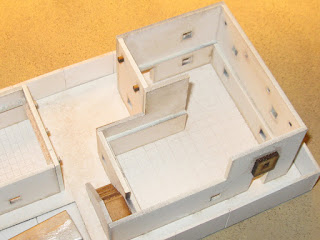 I'm not sure what to call this, as platoon house sounds too modern and OP sounds too generic, so I'll stick with Platoon Patrol Observation Post to avoid having to make a decision. This is a couple of Brit Kits models which I've re-purposed as a patrol base for my British platoon, complete with a perimeter pre-fab concrete wall, a guardhouse and a barracks. There's also a concrete apron for some AFV's to park on, with enough space for a couple of Saracens or Humber Pigs to be laagered ready for patrols.

I'm going to add a sandbag observation post on top of the main building and lots of sandbags on the parapets elsewhere, to give it a more military appearance. I'll also add a radio mast and some other stuff to complete the overall effect. Here's how it scales out with 15mm figures, in this case some of my AK47 dictatorship regular troops of the Mbote Defence Force (MDF), which are the same Peter Pig Hardened Militia figures I'll be using for the Sandbox Skirmish regular bad guys. 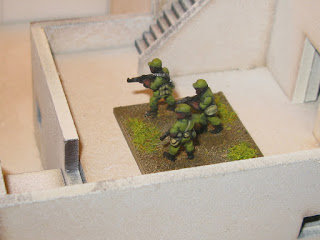