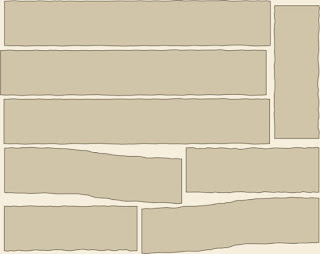 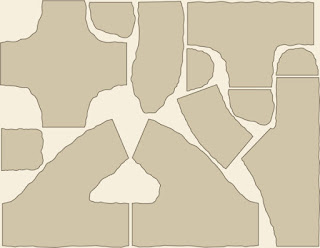 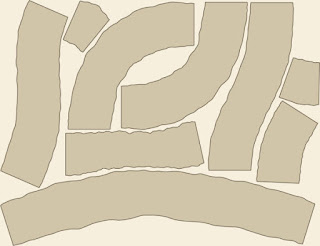 It's about time I sorted out some roadways or tracks for the Sandbox Skirmish terrain building project, so I've taken the easy route and ordered three sets of 50mm wide roadway templates from Supreme Littleness Designs. These aren't cheap but do take the effort out of cutting my own road sections from cork tiles or some other material, as I originally intended. They are a bit on the narrow side for 15mm but if I use them as dirt tracks rather than paved roads that wouldn't be a problem.

In theory, all I will have to do is texture the sections with acrylic paste or a PVA and filler mix, then just paint them. I may join some sections together beforehand, however, in order to avoid the pieces shifting about too much on the terrain board. If I have any spare sections, I might even make some streams or irrigation channels, although I do have some hedgerow bases from ERM that I could use for this instead, only having to cut some corner pieces to make them useable?
Posted by Jim Jackaman at 10:39