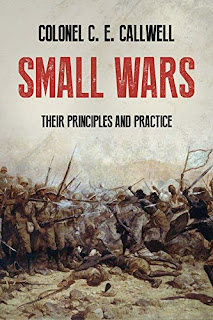 I'm reading this at the moment, as it was only 99p and seemed to be just the sort of inspiration I need for making the most from my new desert terrain board, which I made for the 15mm post war Sandbox Skirmish project but which has all sorts of other applications. In particular, I've been thinking of ways to use it for other 15mm skirmish based projects, with a focus on the sort of Victorian colonial actions that this book was written about.

I have lots of 15mm Peter Pig figures left over from an abandoned Patrols in the Sudan project, for example, which could be used as a basis of two opposing armies for The Men Who Would Be Kings, to give just one possible option. I had this thought a while ago but, without a suitable terrain set up, it wasn't worth pursuing.  Now, however, it would be feasible and would require a minimum outlay in financial terms, even if I would need to invest some time and effort to make it happen. They're lovely figures too!
Posted by Jim Jackaman at 18:34

Labels: Books, PITS, The Men Who Would Be Kings