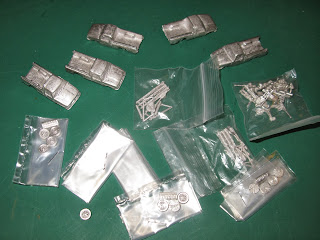 A very,very long week but it's now the weekend and I'm hoping to make some headway with the AK47 Superpower Army. In keeping with my 'things not figures' theme, which has been a little less than successful this year, I'm going to max out on vehicles for the bulk of the five units in the army, with the militia as an obvious starting point. 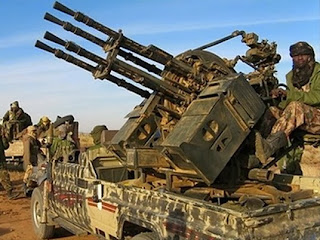 The plan is to produce a unit of Toyota technicals armed with a variety of heavy weapons, from rocket launchers, through RPG's to HMG's and AAA guns. The idea is to create a unit with some decent punch but with as few figures as possible, thereby cutting down on the painting workload. I have a relatively quiet weekend ahead, so I will try to complete the initial paintwork by this time on Sunday...?
Posted by Jim Jackaman at 10:50