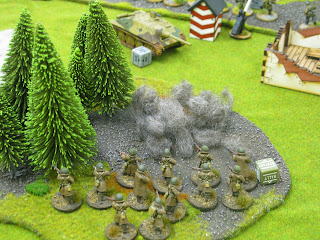 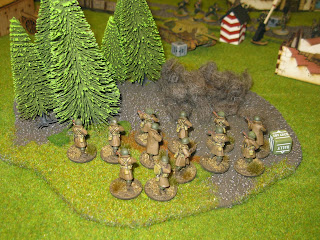 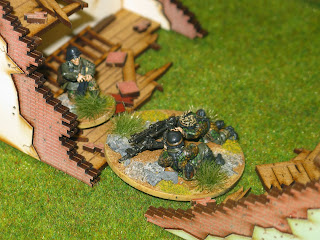 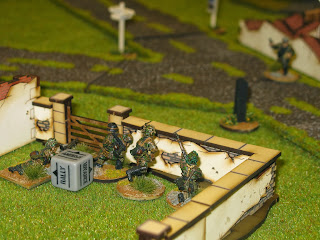 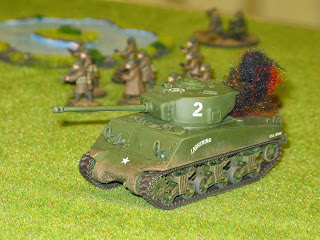 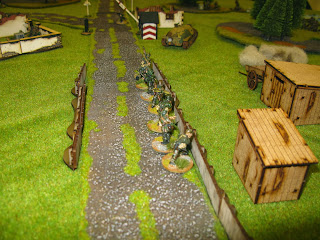 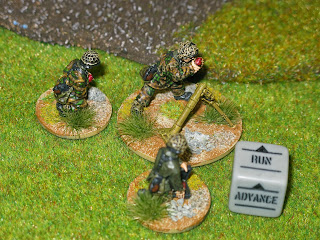 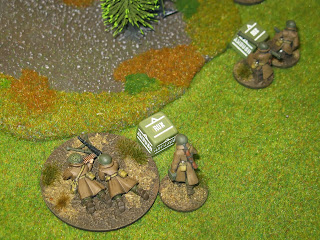 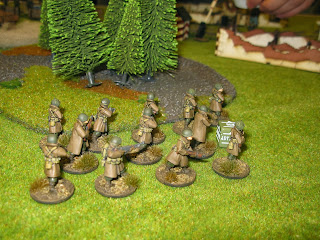 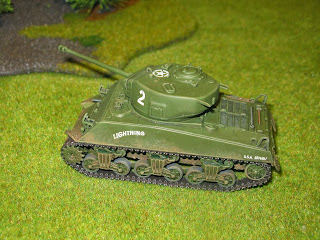 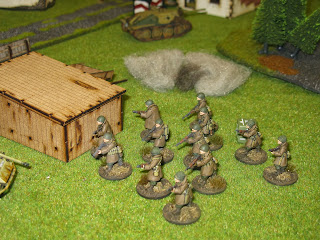 The game at the club this evening was an envelopment scenario using the Bolt Action rules. The action took place somewhere in the Rhineland in early 1945, with my late war regular US reinforced infantry platoon attacking Mike's veteran SS dug-in defenders. It was a really good game and I'm getting a better hang of the rules, although I'm still a bit unsure of some of the more arcane mechanisms. It was a challenging scenario too and ended up in a draw, although I reckon a couple of turns would have made a US victory fairly likely, especially as one of my infantry squads was within a gnats whisker of the enemy deployment zone. Good fun!
Posted by Jim Jackaman at 15:13