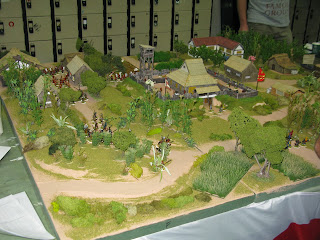 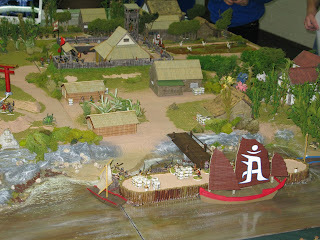 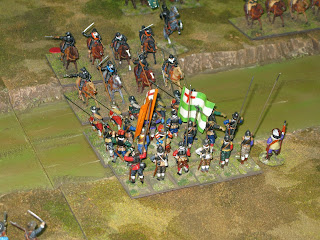 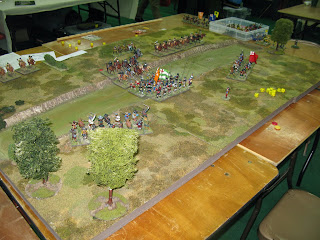 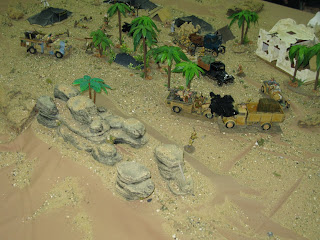 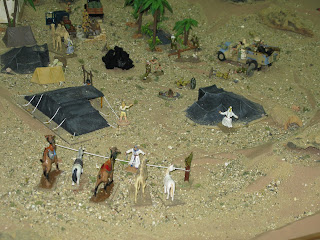 I took the boys to Warfare today. They had a good time but I'm pretty sure that Pokemon has a far greater pull than wargaming. Anyway, there were some good looking games on display but perhaps less so than in previous years, which is a bit of a shame as they've been really impressive in the past.

The stand out game for me was a 28mm Samurai battle, with some splendid terrain and lovely figures, but two 54mm games also caught my eye, one being an LRDG raid behind enemy lines and the other a very well displayed English Civil War skirmish. I quite fancy doing something in 54mm now!

I also dented the wallet with some self-inflicted good things including a Bolt Action Japanese Banzai starter army plus a couple of extras, some more panzerfaust anti-tank teams and a PAK 40 for my Artizan late war Germans, with a pack of Copplestone Ngoni witchdoctors for In the Heart of Africa to round things off.

I was especially chuffed with a Copplestone Medium Mark C resin tank kit for £15, although what I'll do with it has yet to be worked out. I also made a last minute purchase from Figures in Comfort, so my AK47 armies will now have a snug foam storage box to be carted around in.

I was sorely tempted by the new Judge Dredd starter box set but resisted the impulse to splash out on yet another 28mm project. I'm more of Strontium Dog fan anyway. The rulebook does look pretty good though and the figures aren't that bad either, so a potential birthday present is on the horizon.