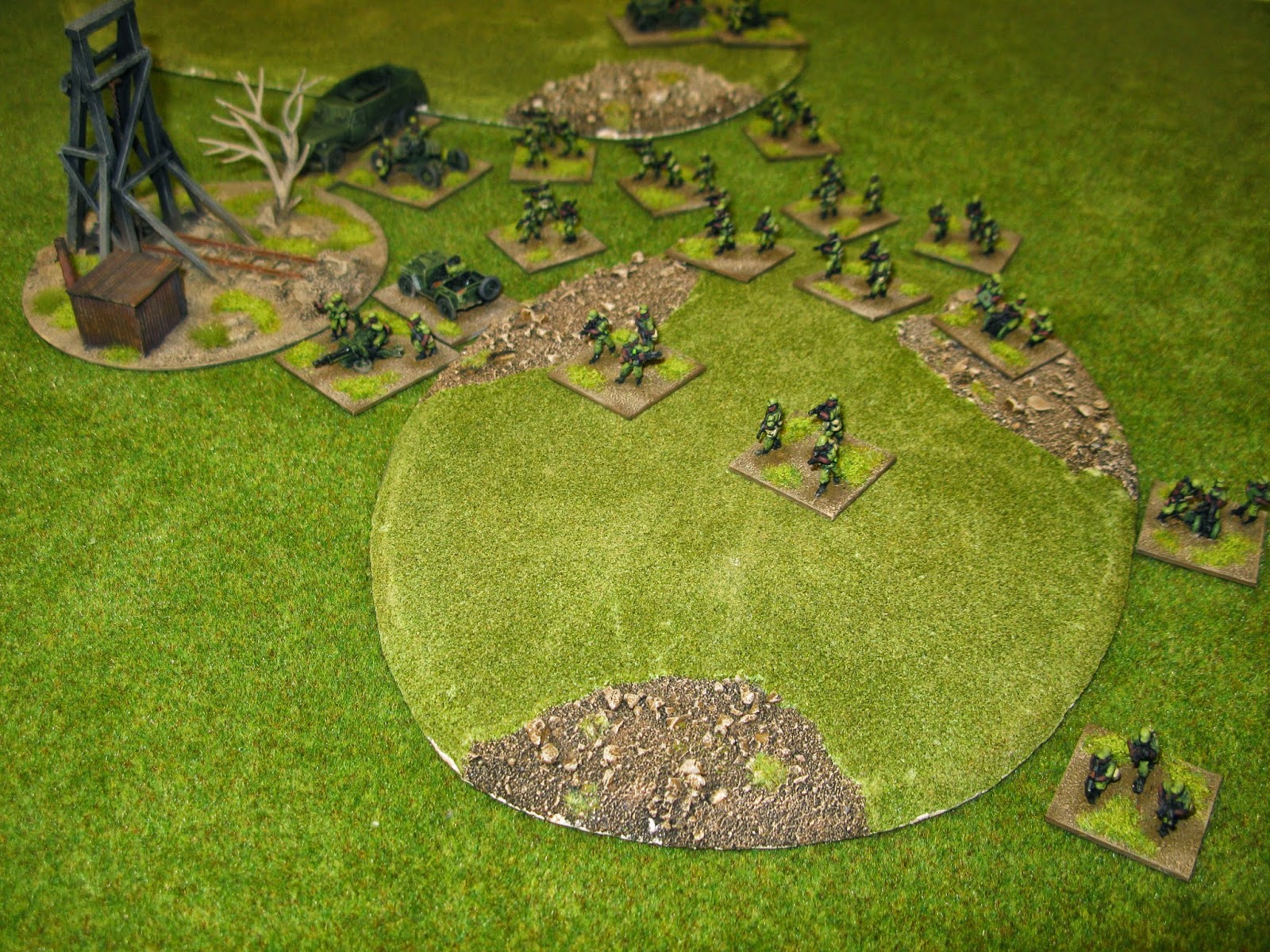 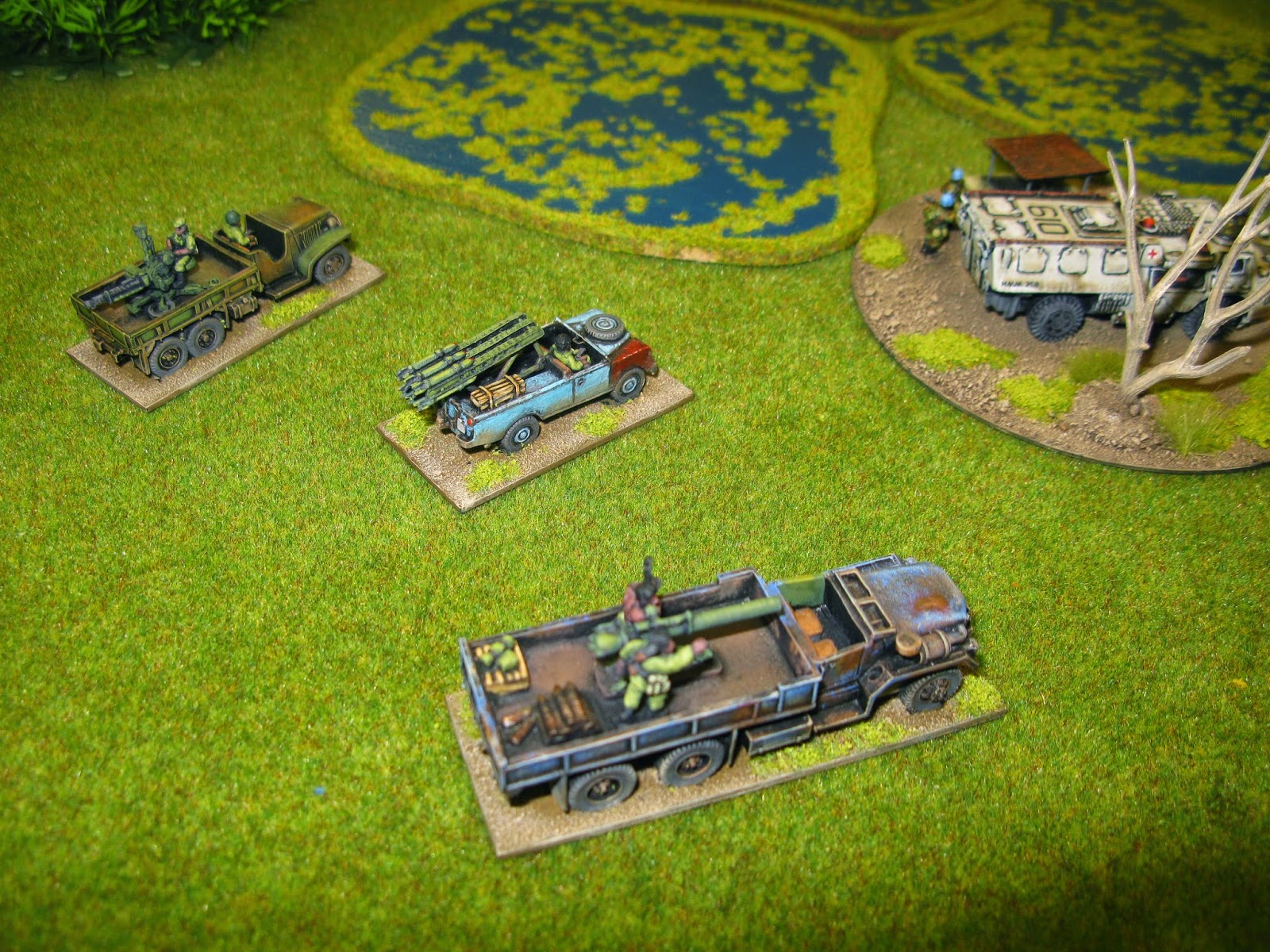 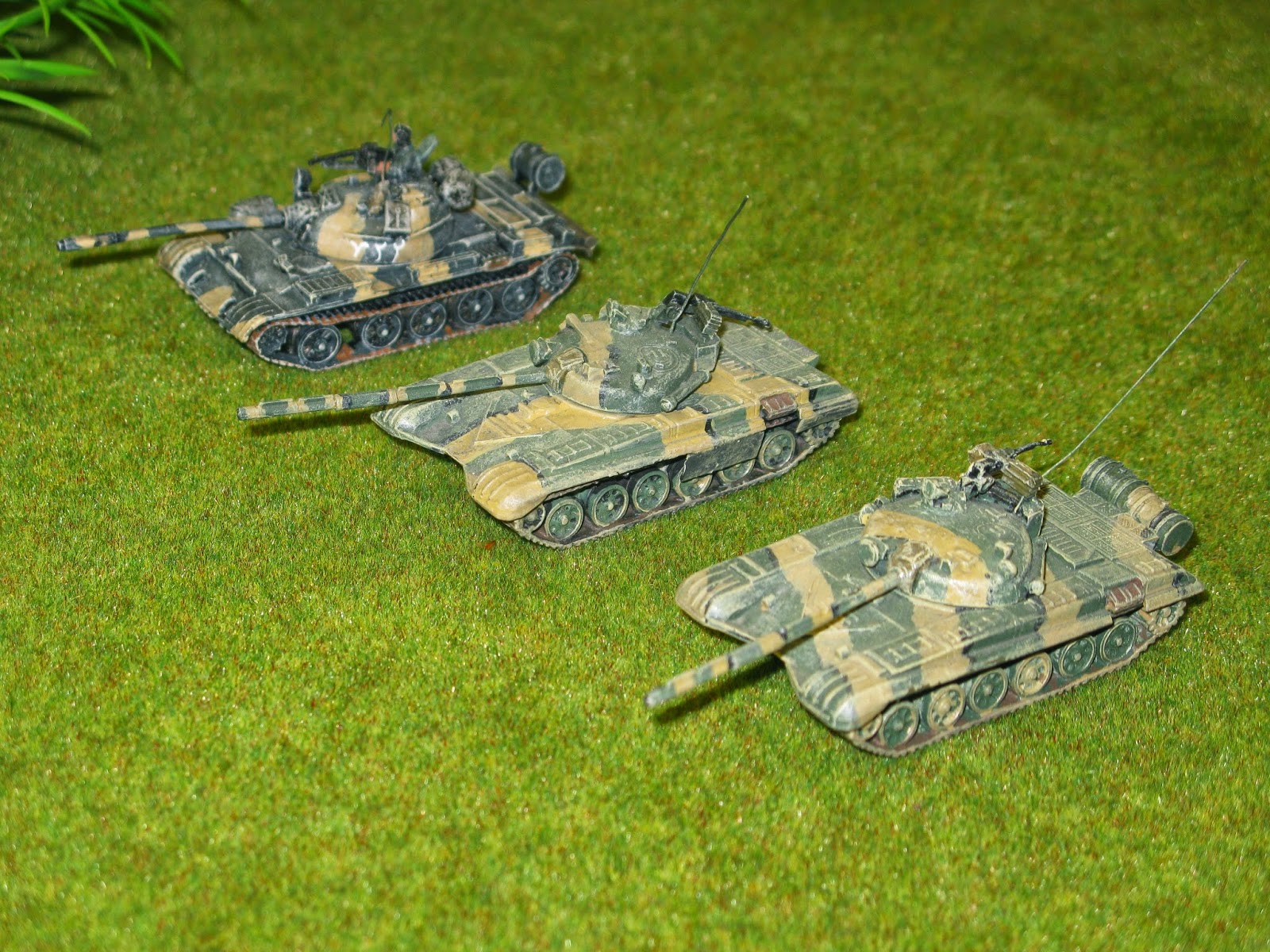 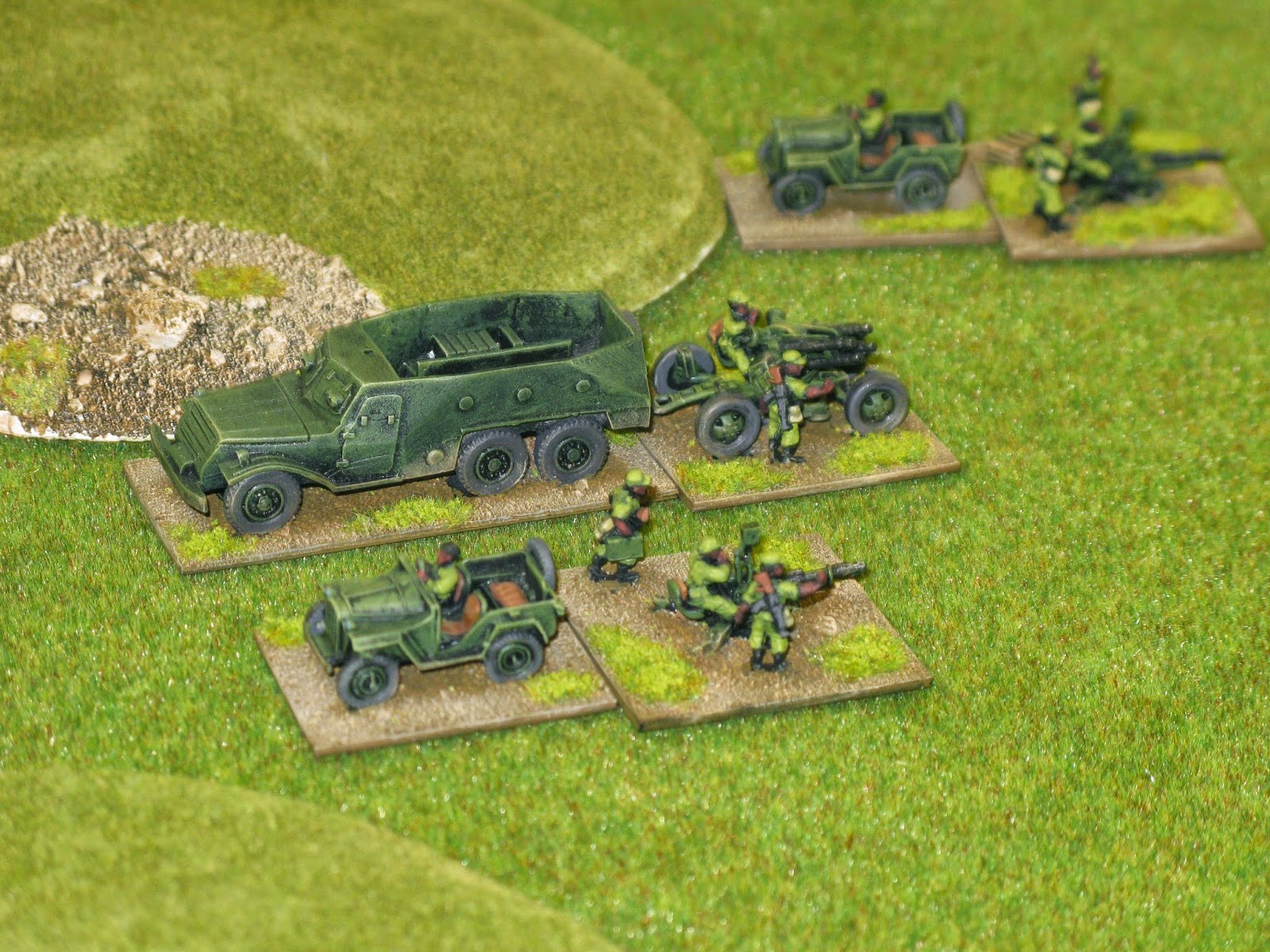 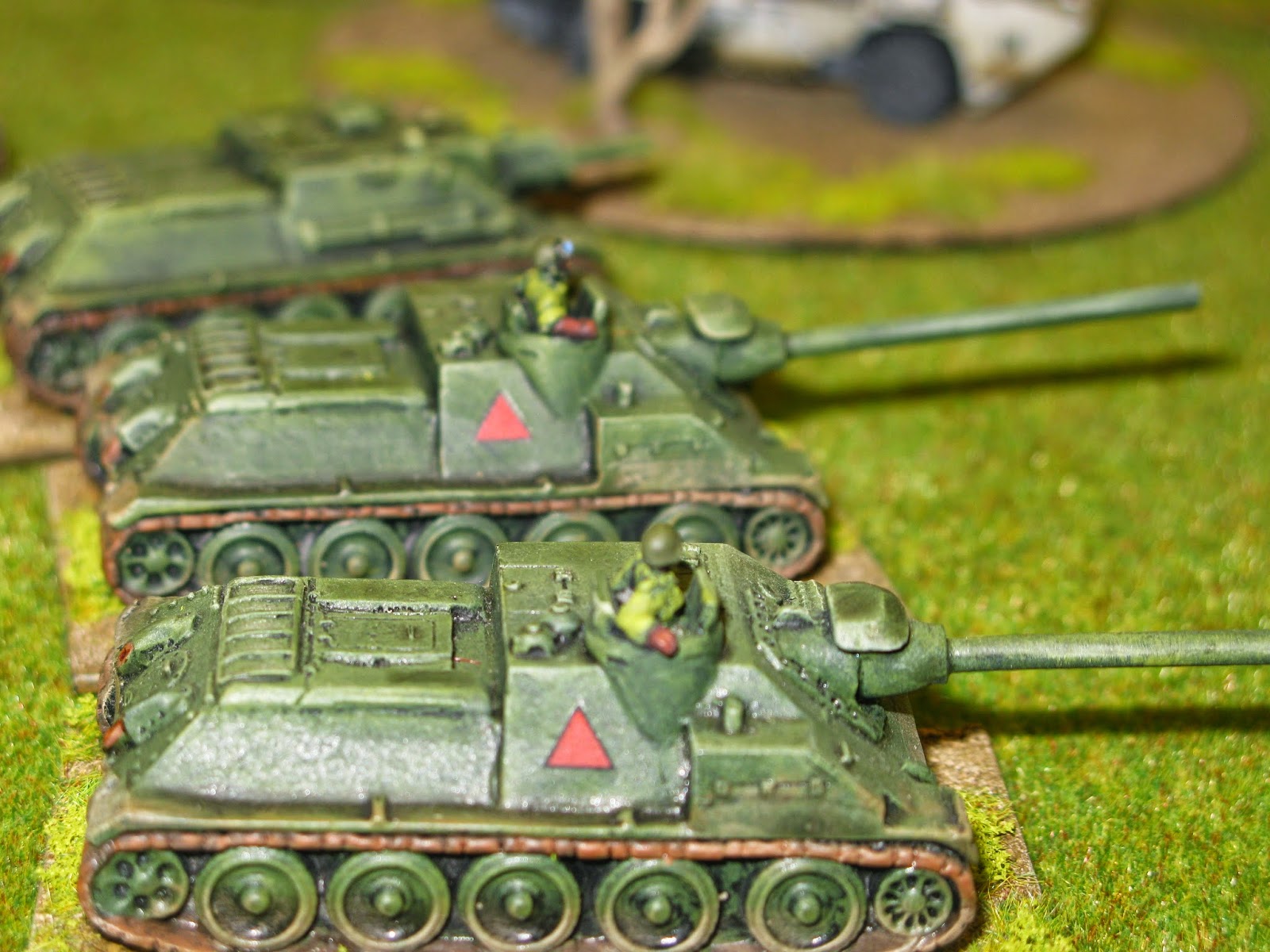 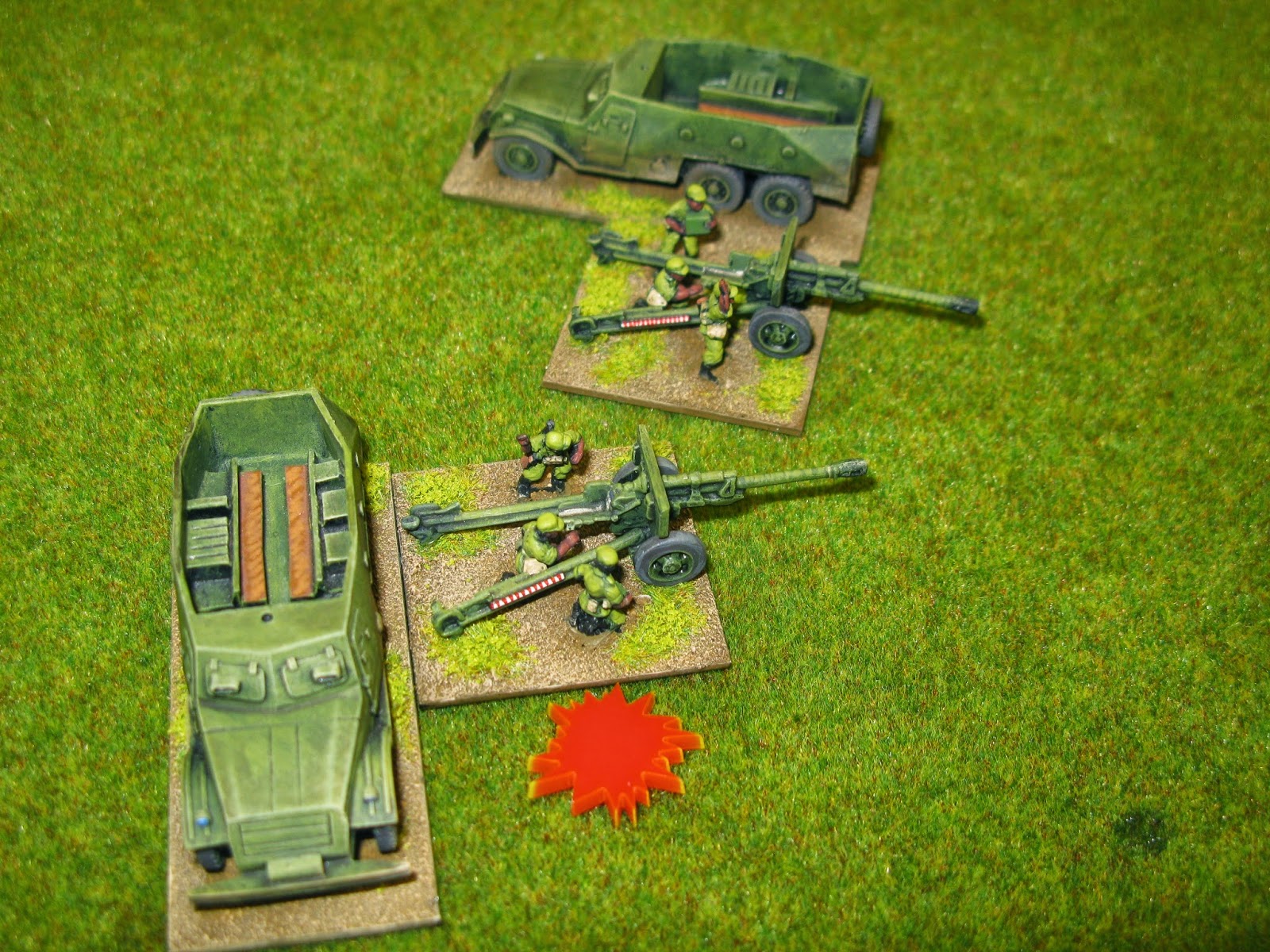 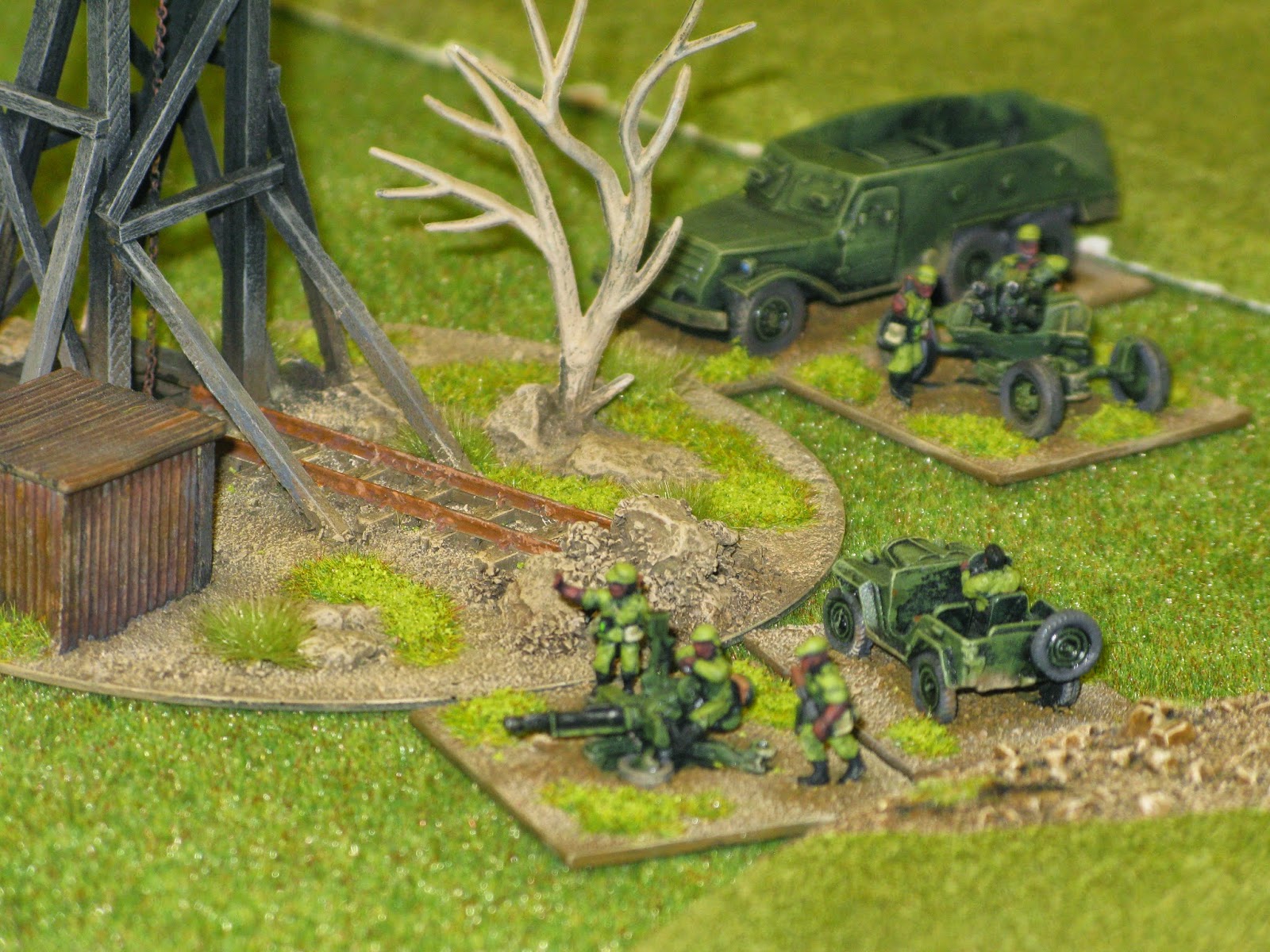 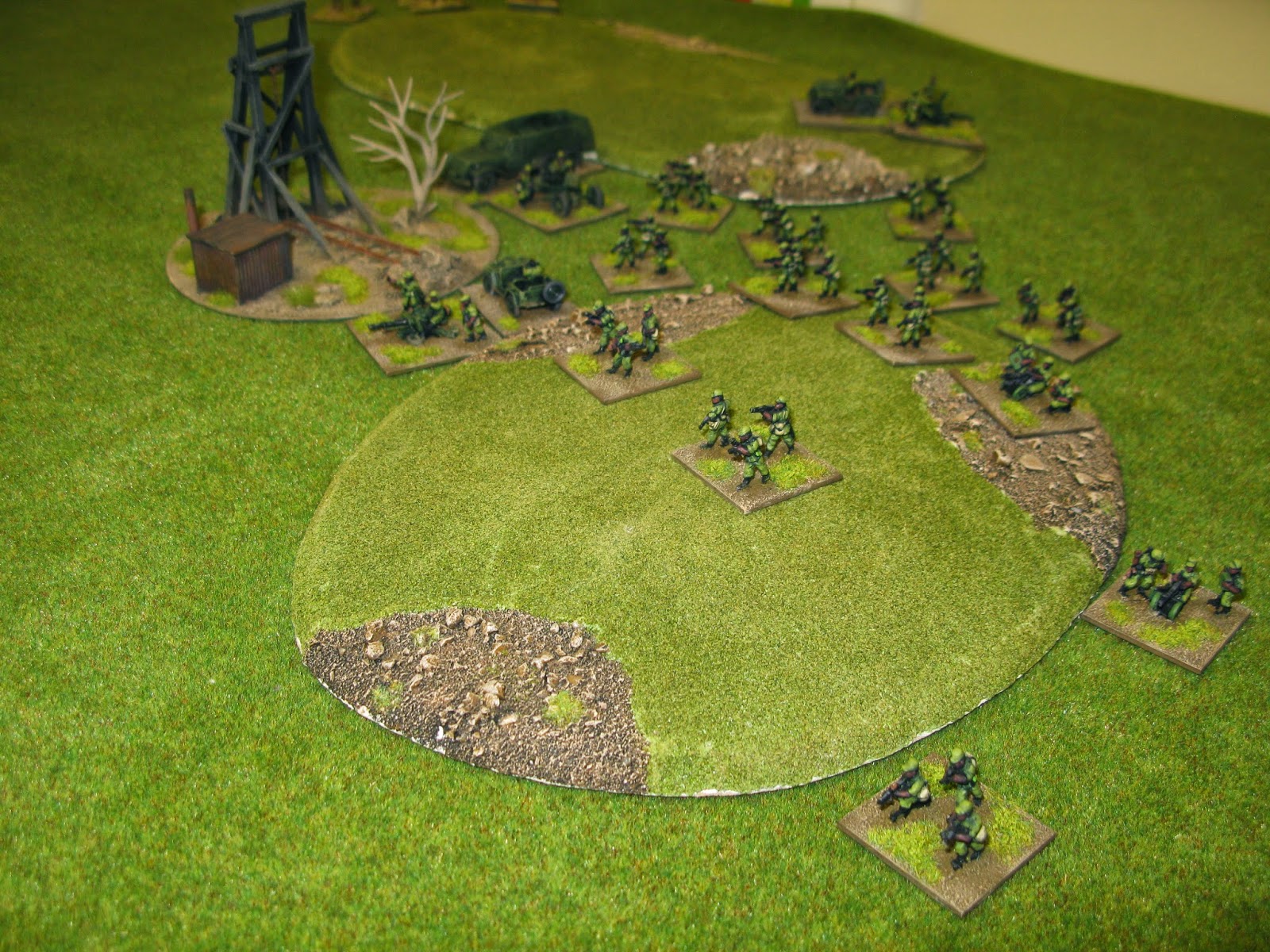 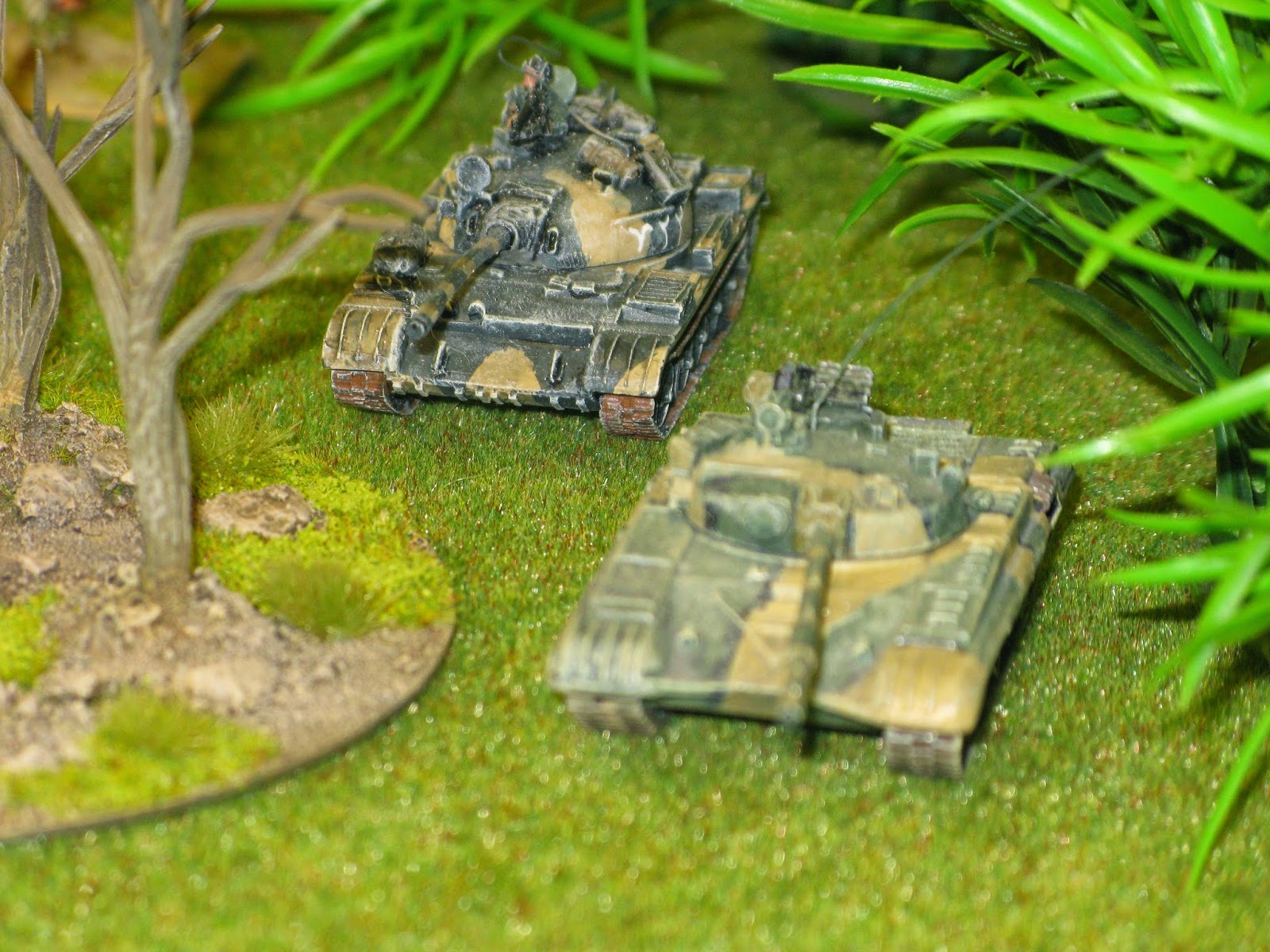 I had a very enjoyable game of AK47 at the club this evening, having dusted off the rules and the figures for a quick refresher course before we set up a multiplayer two a side in a couple of weeks. The usual hex terrain wasn't available so we ended up with a pretty sparse, open looking board using what we had with us to set the scene.This turned out to be a good thing, however, as it made the game itself very open.

In the end, I won a decisive victory despite having knocked out only two enemy vehicles, for the loss of one of my militia technicals. I also got all the way to the bottom of the political flowchart, which has never happened before, not that it gave me any particular upgrades or advantages. However, I did get to try out my towed anti-tank guns, which performed pretty well despite being pinned and losing two morale points.

A bit of a localised skirmish rather than a full on battle but with some funny moments and a few dodgy dice rolls to make things tick along. I'll try to get a write up done in the usual propaganda style once I've cleared the decks of more school work. If I can find the time, I'll also finish the basing on the Superpower Backed army that I have painted up, ready for the game next month, which might give the opposition some pause for thought?
Posted by Jim Jackaman at 15:09