Wings At War - A Mighty Fortress - A Quick Review 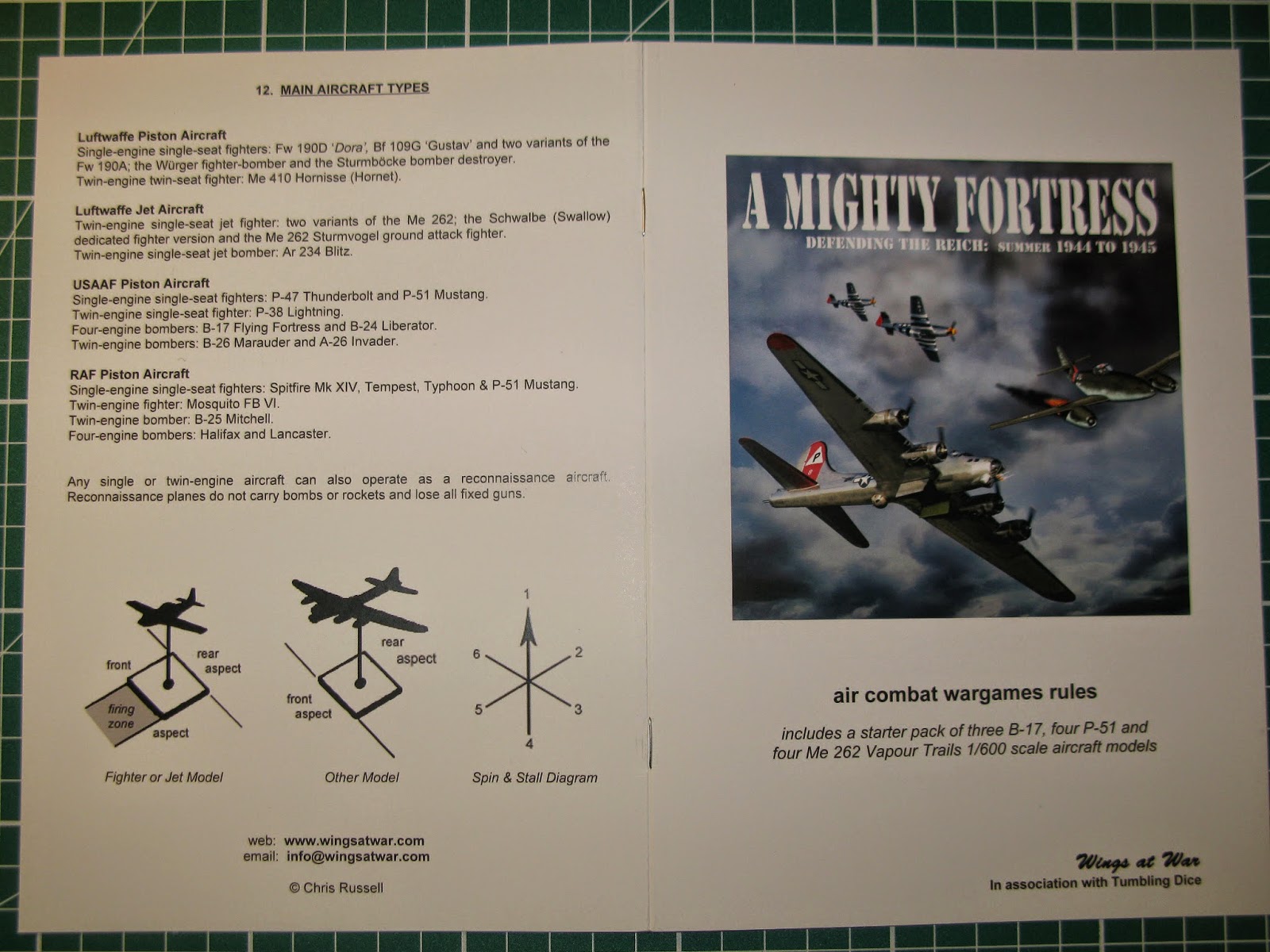 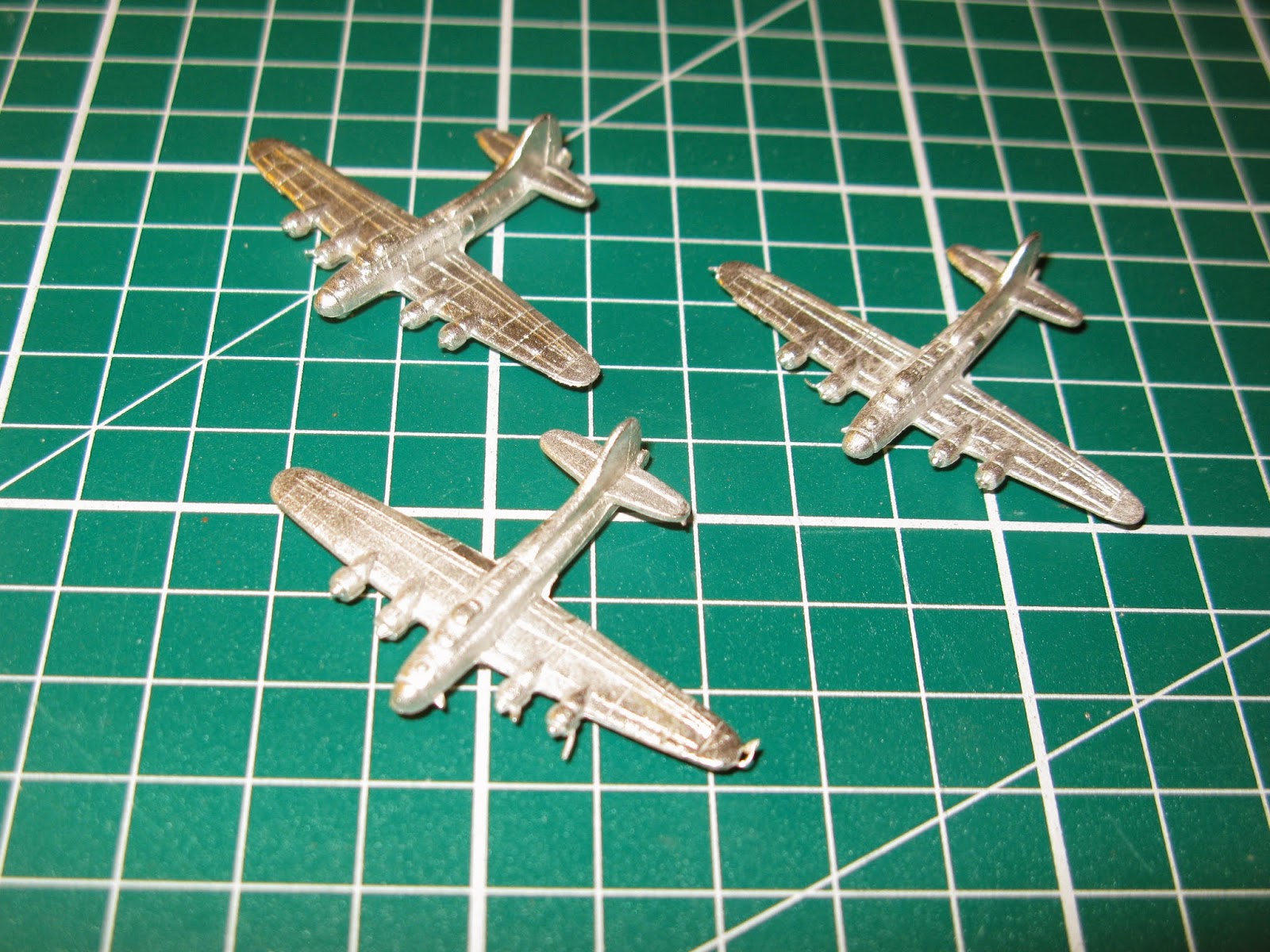 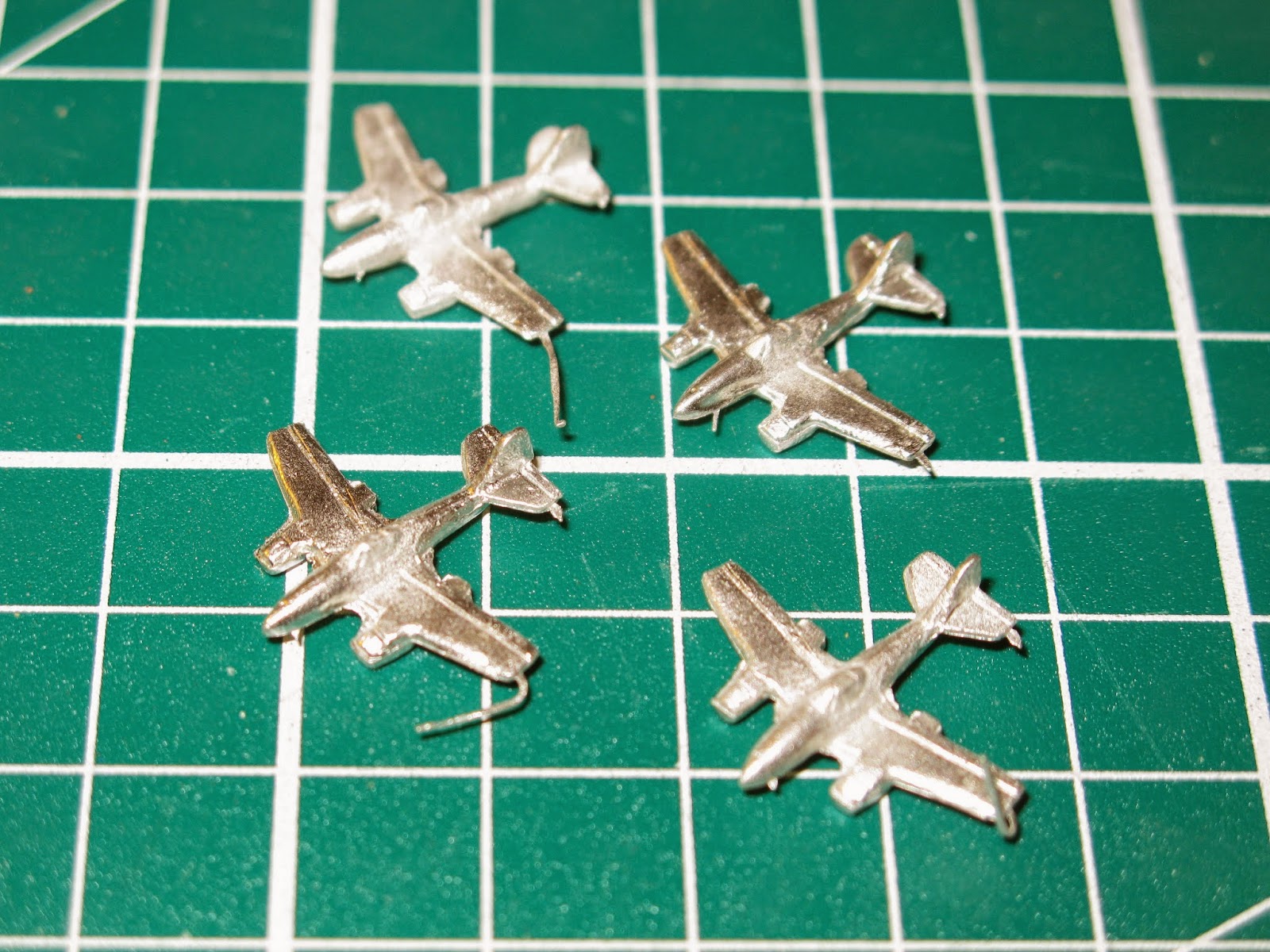 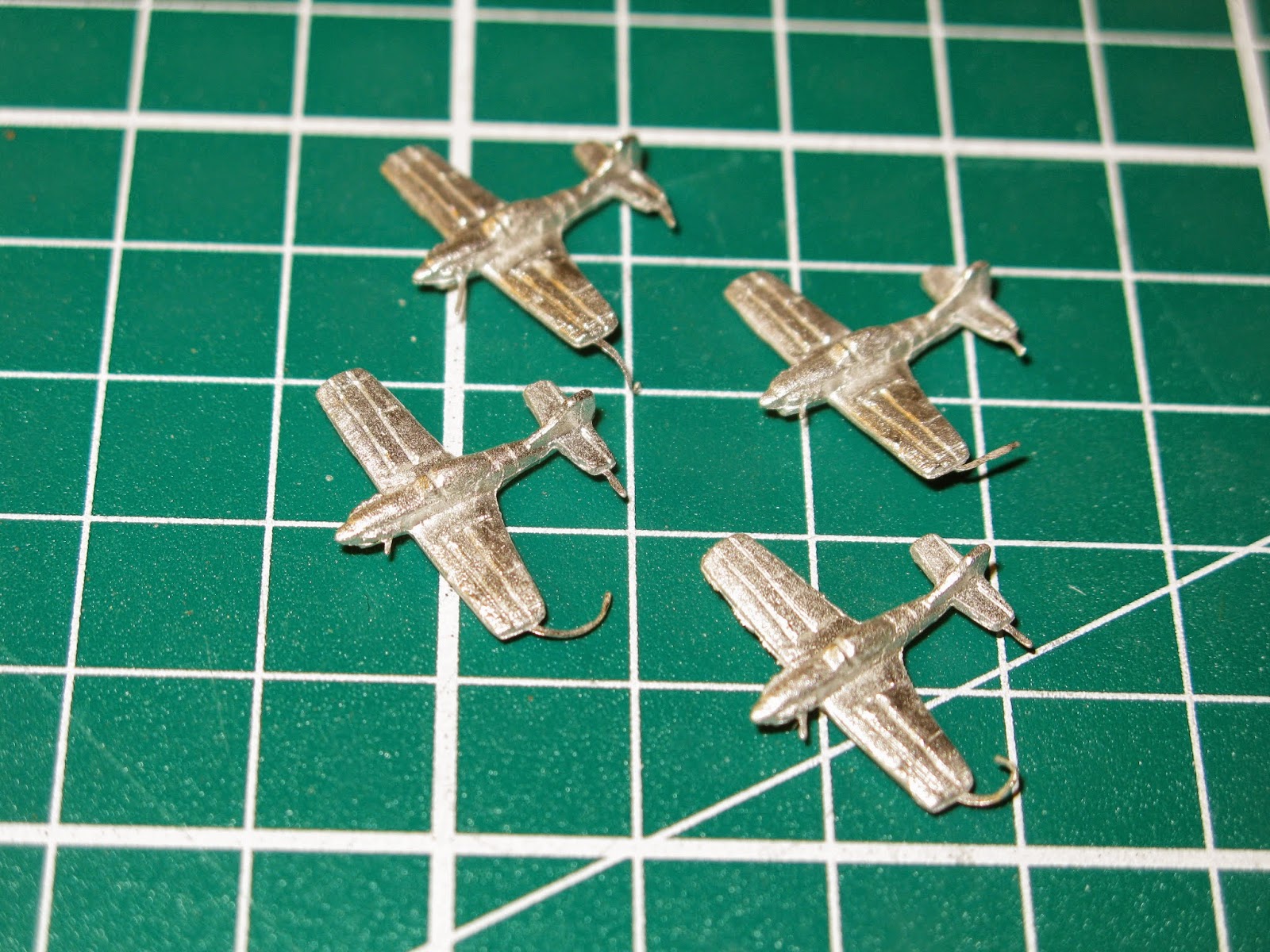 The postie delivered my copy of A Mighty Fortress today and, after a quick flick through, it looks like a very cool addition to the Wings at War series. The rule booklet is the usual A5 format with a rather impressive glossy card cover. The contents follow the usual format, with a section setting out the parameters of the game and subsequent chapters laying out the core mechanisms and subject specific variations. The pack includes three B17G's, four P51D's and four Me262's, enough to get you started and very nice models.
The usual rule mechanisms are set out with some specific variations to take account of the focus of the game, including rules for bombers, formation flying, ground targets and aircraft specific factors, including the skill levels of Luftwaffe pilots and role of Allied reconnaissance. There are some neat rules for V1 launch sites, industrial targets and Me262 airfields as well, giving a very strategic feel to the game objectives. This has been well thought out and adds an extra historical dimension to the core rule mechanisms, very much in the style of Thud Ridge.
This is also not just a game of the USAAF against the Luftwaffe. There's a definite emphasis upon the inclusion of RAF daylight bombing and fighter sweeps, although the absence of night bombing and night fighters seems a bit of an oversight, despite the stated focus of the booklet. In summary, this looks like an excellent addition to the Wings at War series. Well done to the author, Chris Russell, the play testers and Mr Tumbling Dice himself, Mr Paul Sulley.
Pauke Pauke!
Posted by Jim Jackaman at 14:04