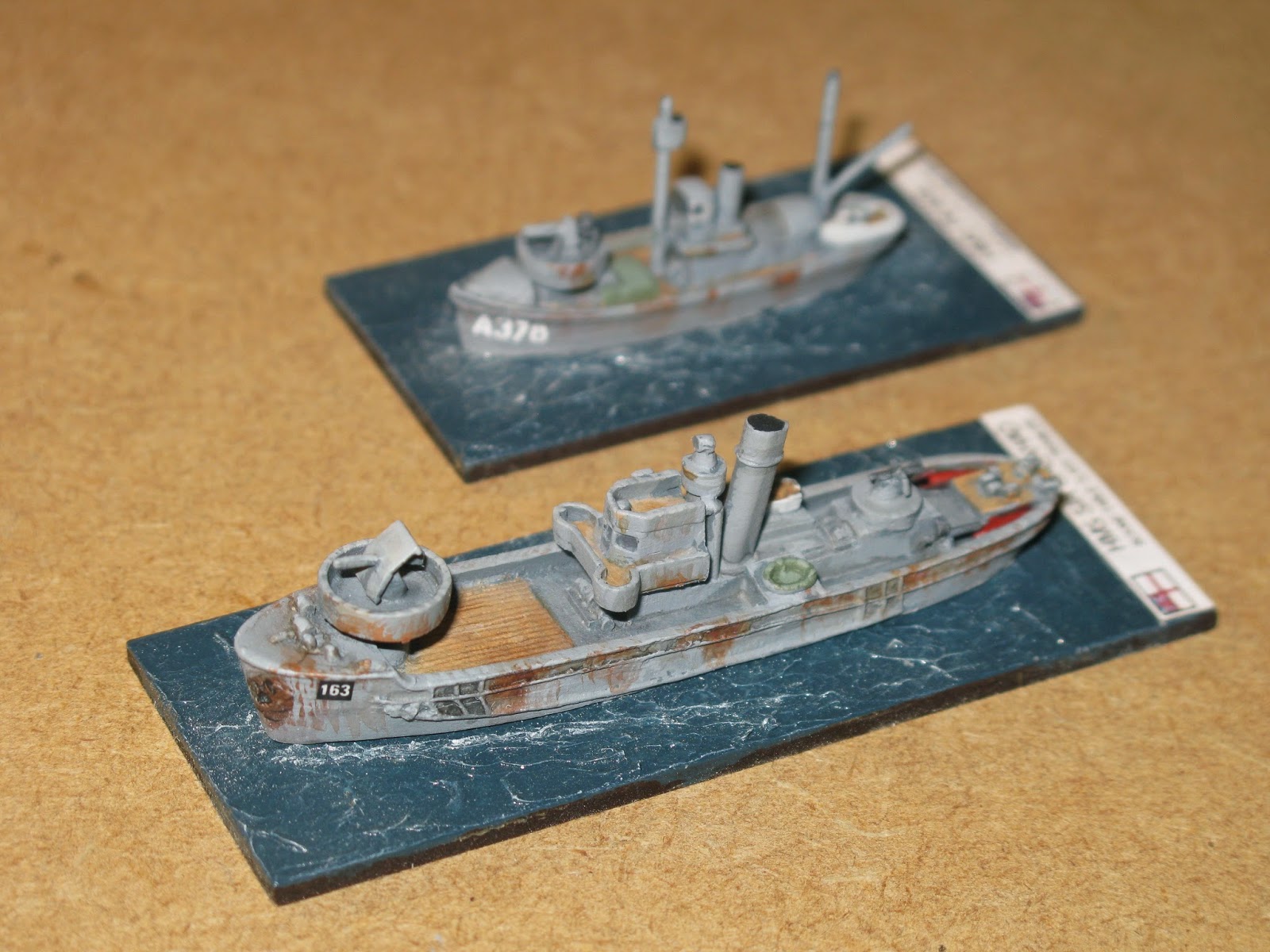 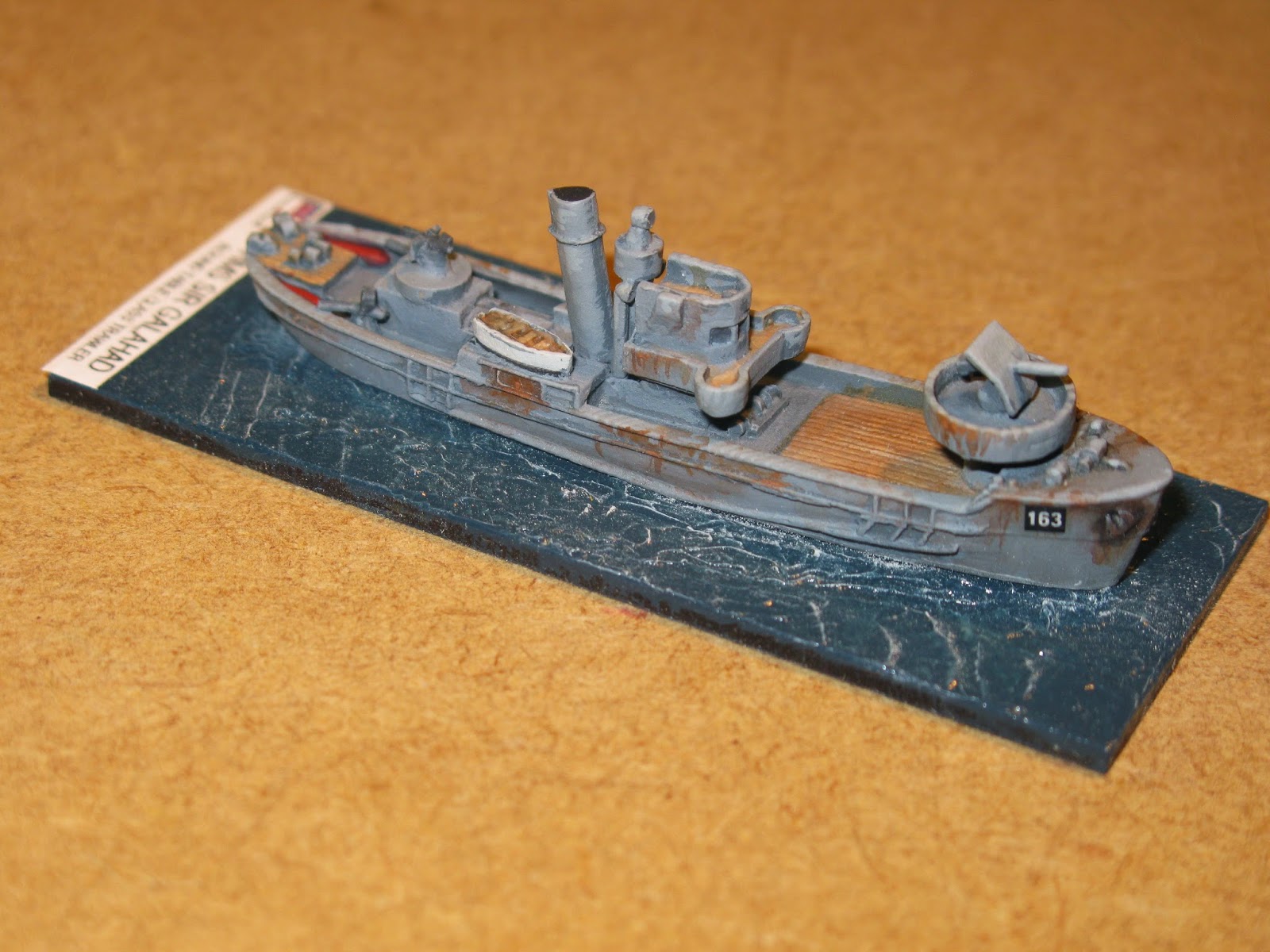 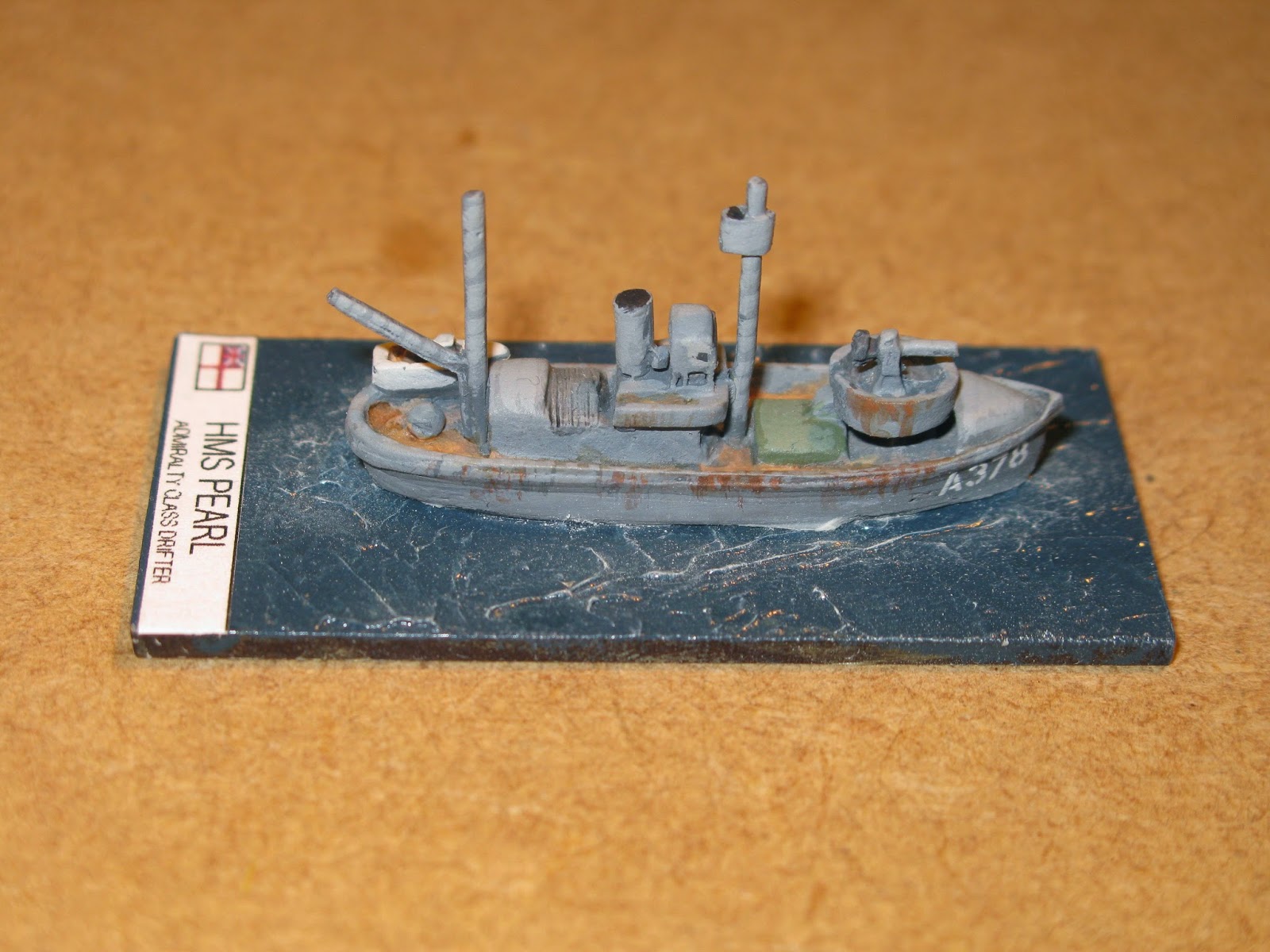 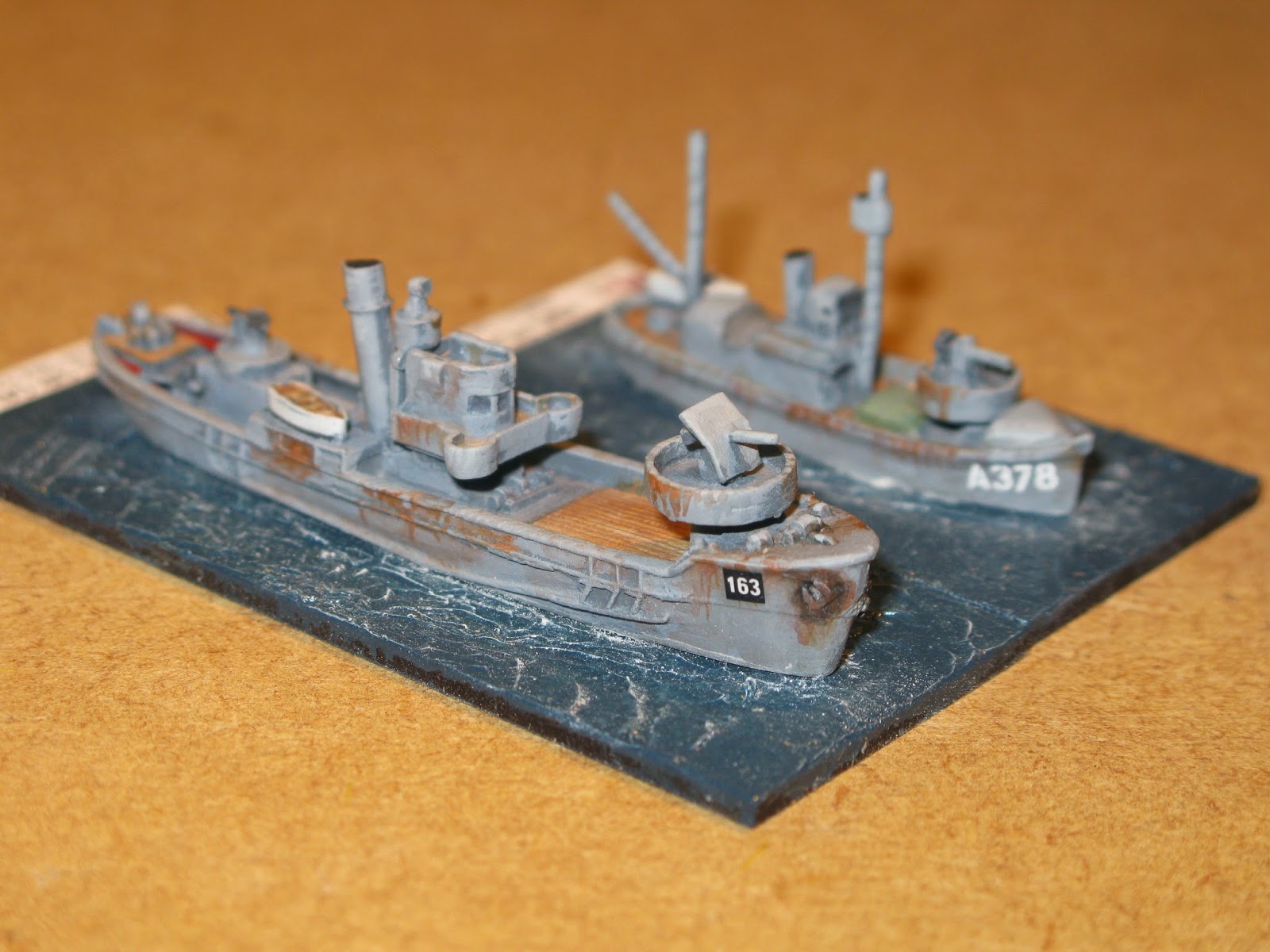 Yet more work today but the trawlers are finished, along with the basing and labelling on the Vosper 70' MTB's. I'm a bit disappointed with the weathering on the trawlers but they look fine from a distance and in normal light, rather than under the camera flash. I'll have to work on the 'rusty bucket' look as I have some tatty coastal merchant ships to paint up at the end of the project.

This means the decks are cleared for action on the enemy coastal forces, starting as soon as I can get them assembled and undercoated. I was hoping to finish everything by the end of the month but it looks like the coastal warfare project will extend into October, pushing the Chain of Command Japanese a little further over the horizon.
Posted by Jim Jackaman at 19:53