And now for something completely different? 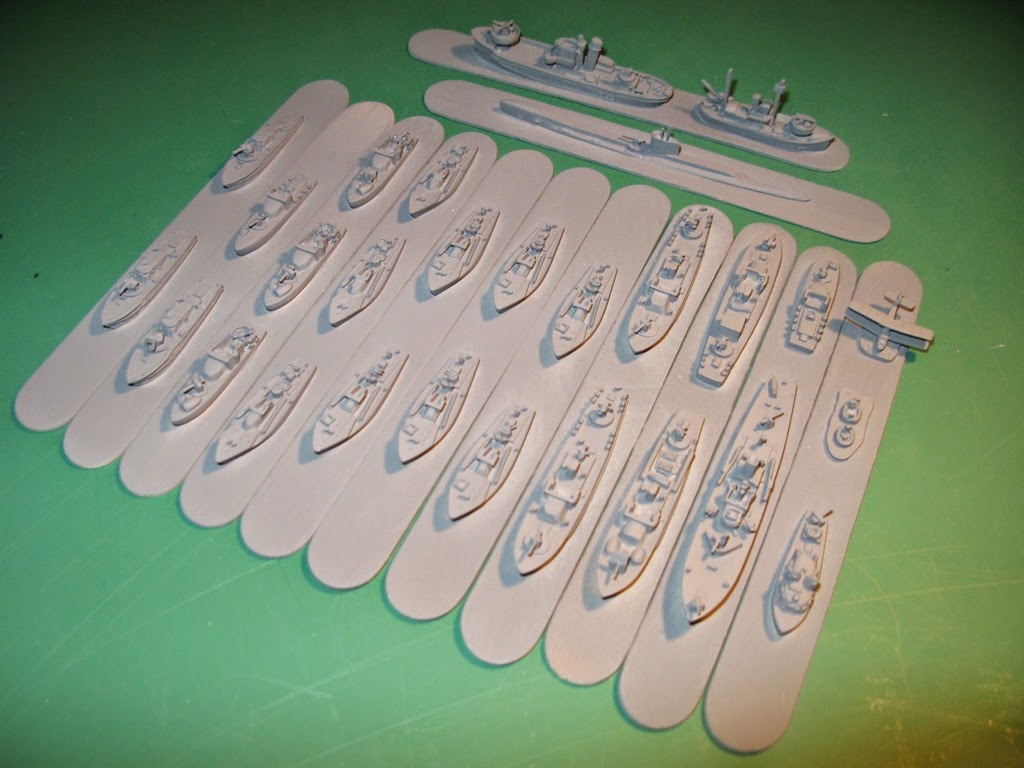 I've had more than enough of trying to paint 28mm figures for the moment, so have been rummaging around for something to tackle as a bit of a change. Luckily, I have a few on-going 'things' that I could paint that won't take up much of my limited time.

These include my 1/600 Royal Navy coastal forces ships that I started on earlier this year, so they will probably be the focus of my painting effort this month, alongside the continuing assembly of the Japanese for Chain of Command.

In other news, I've been forbidden any new additions to the lead pile for the foreseeable future as our car / washing machine / tumble dryer are all on the blink.  However, I have plenty of things to keep me occupied in the meantime, so I'll just have to resist the temptation to splash out on shiny new things.