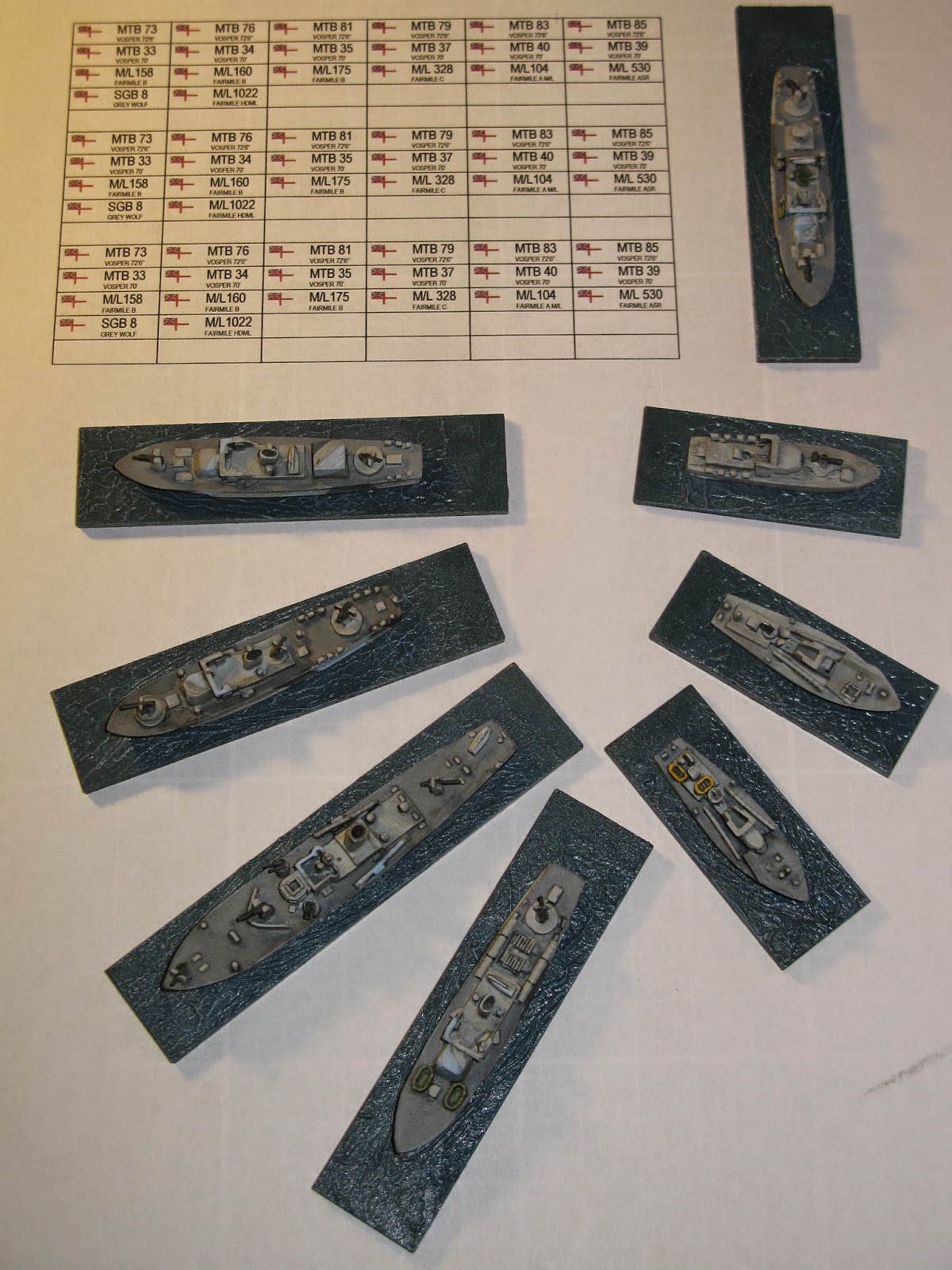 I've finished the bases for the RN coastal forces flotilla and will glue the models down tomorrow, adding a judicious dash of white at the bows and in the wake. I'm fairly pleased with the end result, give or take a little detailing and the addition of some masts. I've also sorted out some historically accurate ID labels for the bases, with a few spares just in case. I'm hoping to base everything up and finish them off over the weekend including the six Vosper 70' MTB's that I've repainted for the occasion.

Next up will be the two trawlers, which shouldn't take too long and will add a bit of scenario flexibility and 'oomph' to the proceedings. Alongside these I'll start preparing the Kriegsmarine for painting, with the assembly of a decent sized convoy escort and attack force including four mid-war E boats, two R boats, an M class minesweeper and a couple of Vorpostenboot. These are all Skytrex models and very nice they are too.
Posted by Jim Jackaman at 13:25