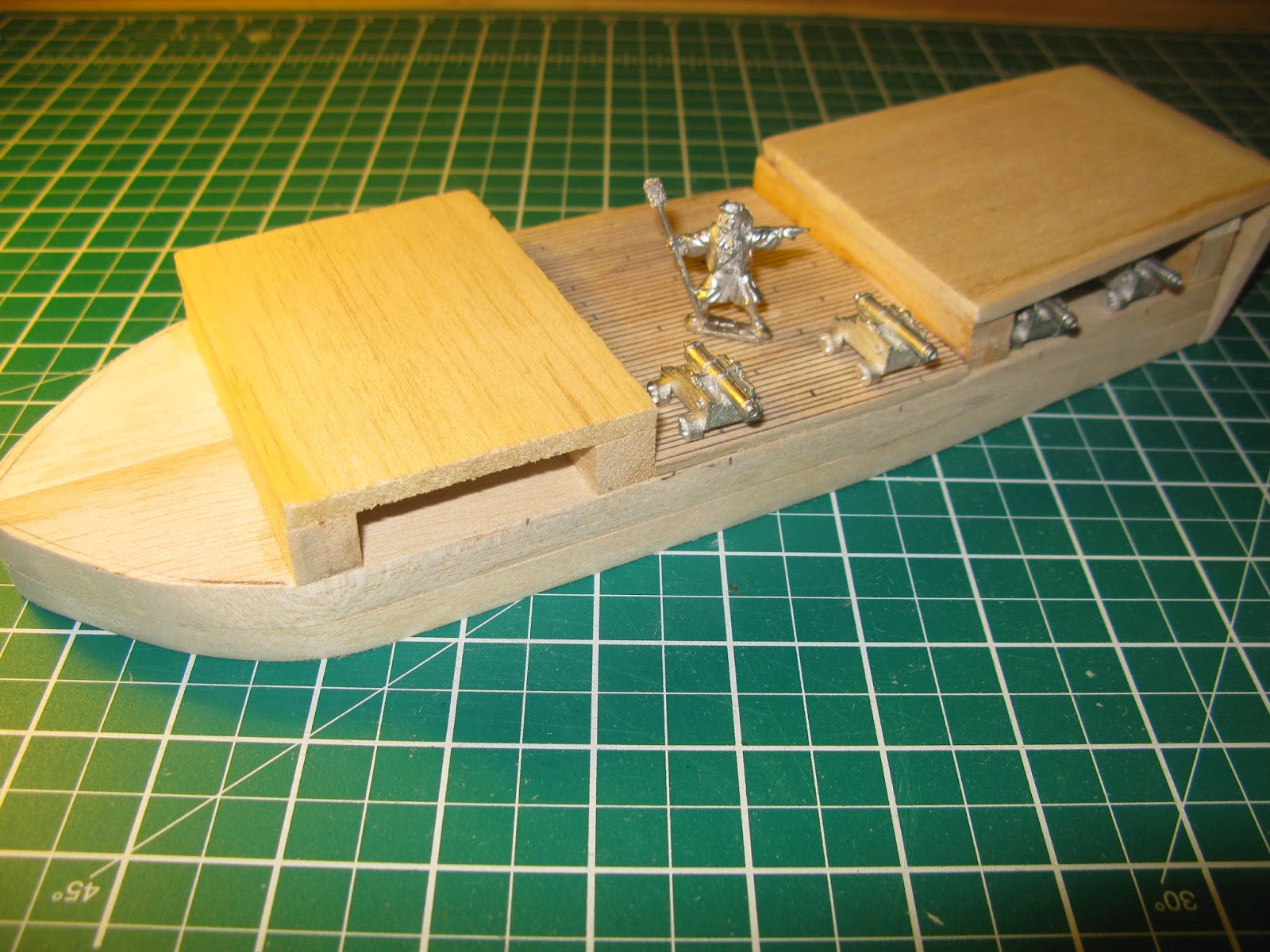 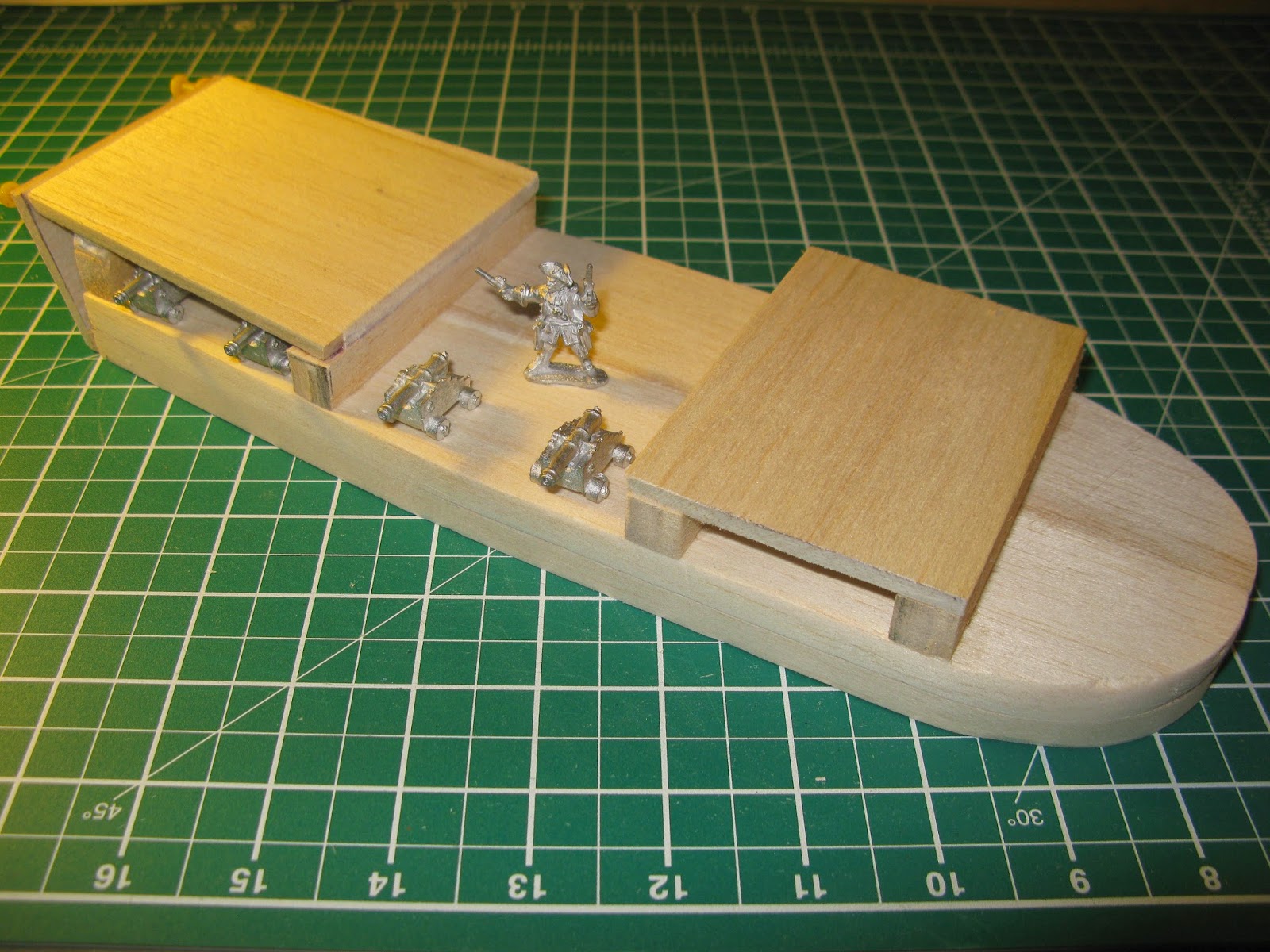 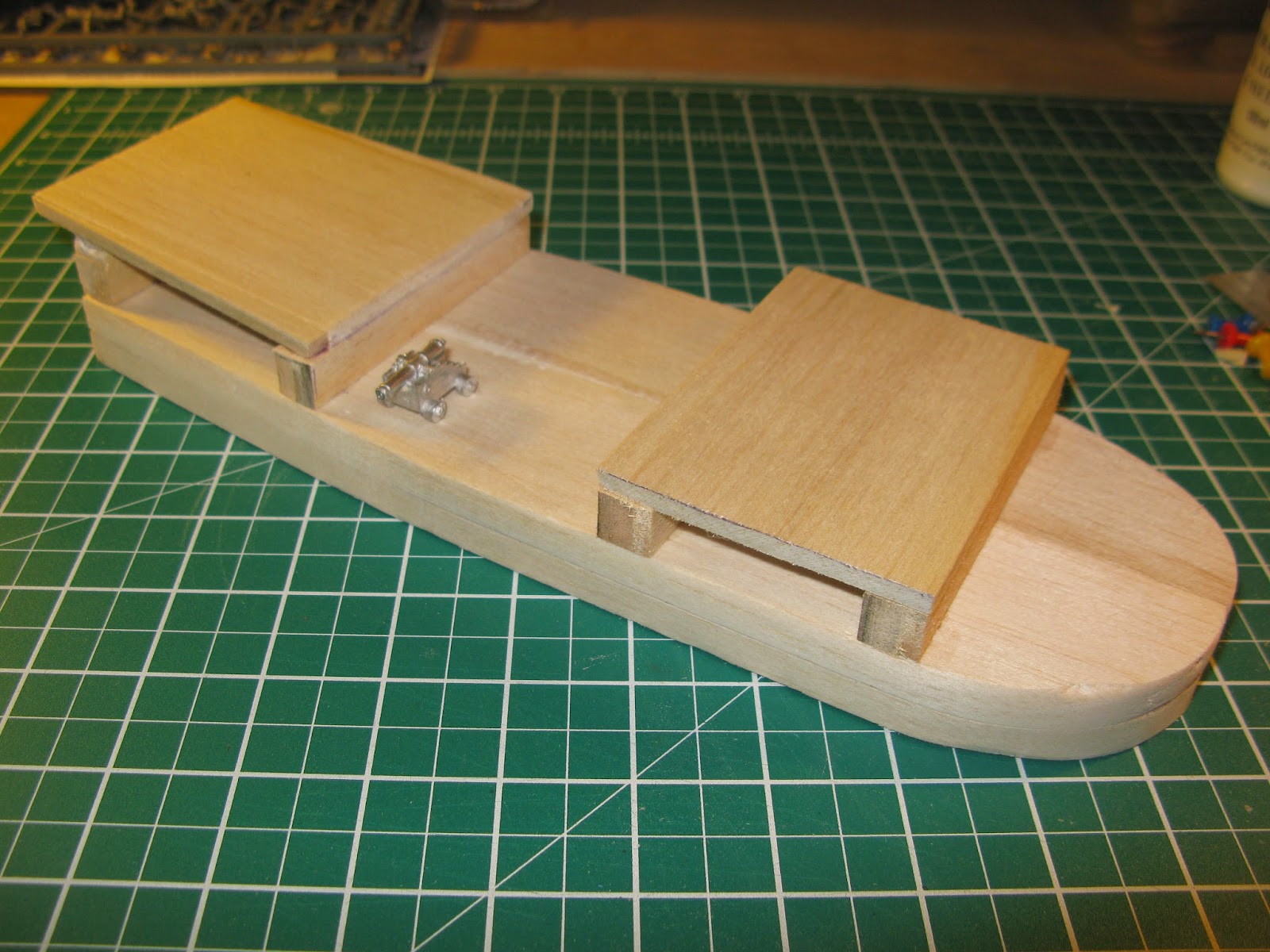 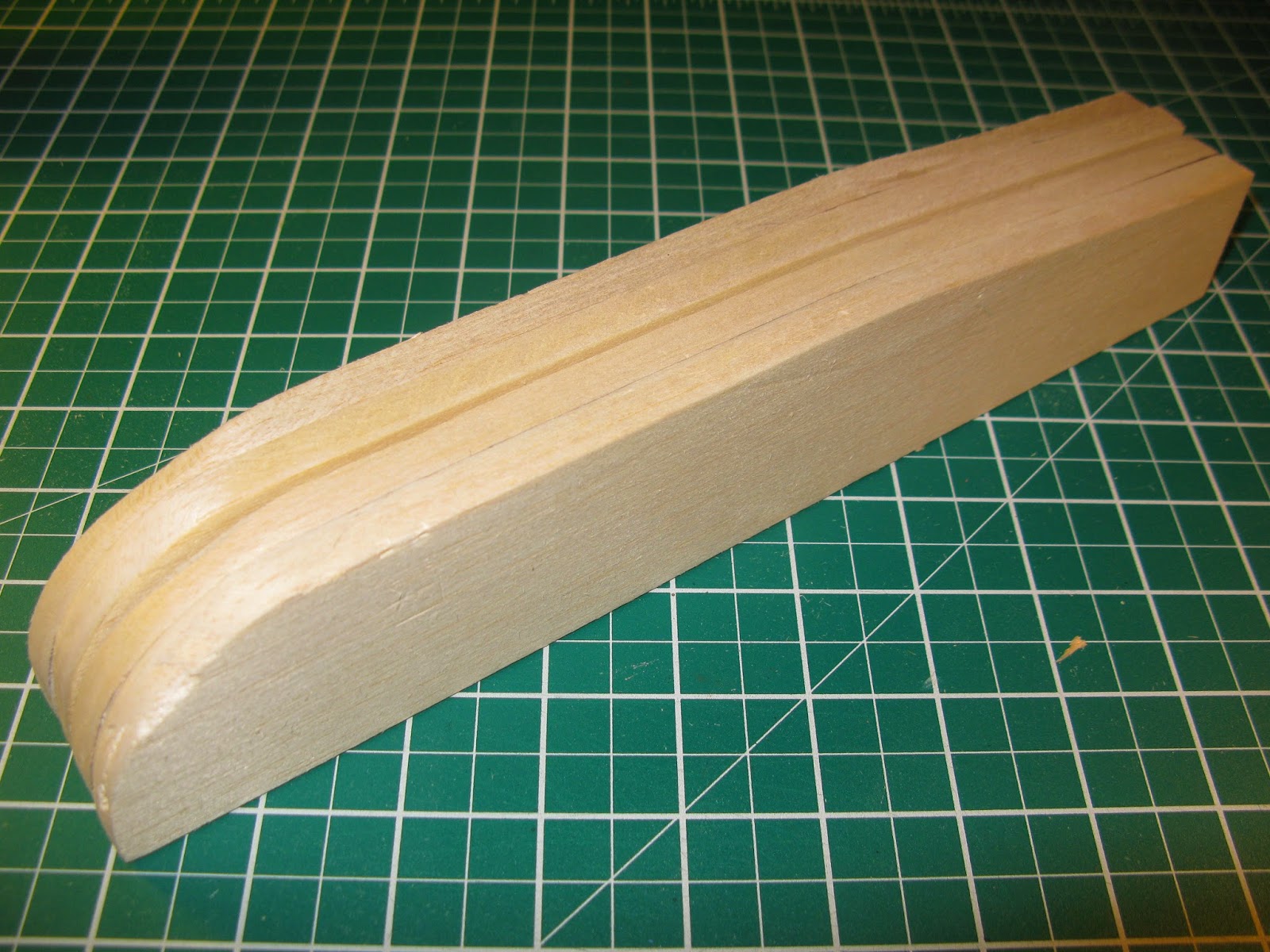 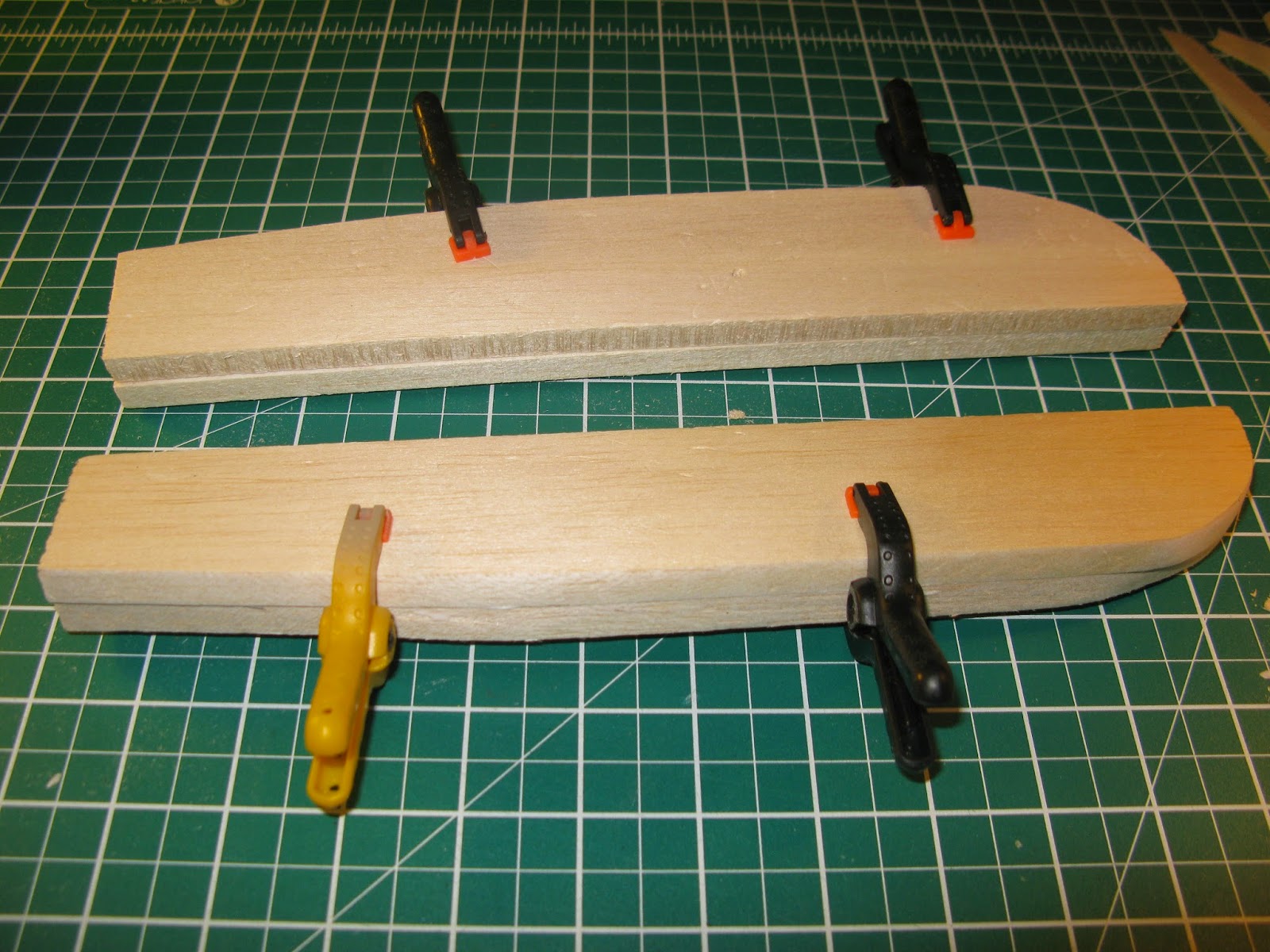 I've promised to scratchbuilt another pirate ship for the club participation game at Warfare, as I mentioned before, so thought I better get started. We've been out most of the day helping to paint the local Scout hut after a re-build, so only get in at four o'clock. Nevertheless, I've made a bit of progress in the last couple of hours, with the basic hull framework now assembled from my stash of cheapo balsa.


I had to adapt my initial plans as I didn't have any 4mm balsa sheet but I think it'll still work. The model is very loosely based on the Gary Chalk plans but will probably look a bit different, as I will do my own thing from this point onwards. It's a bit smaller than I would have liked but it still appears to be reasonably in scale. I'll try to get the hull sides, stern and prow sorted out tomorrow, although I have work to shift first.
Posted by Jim Jackaman at 11:08