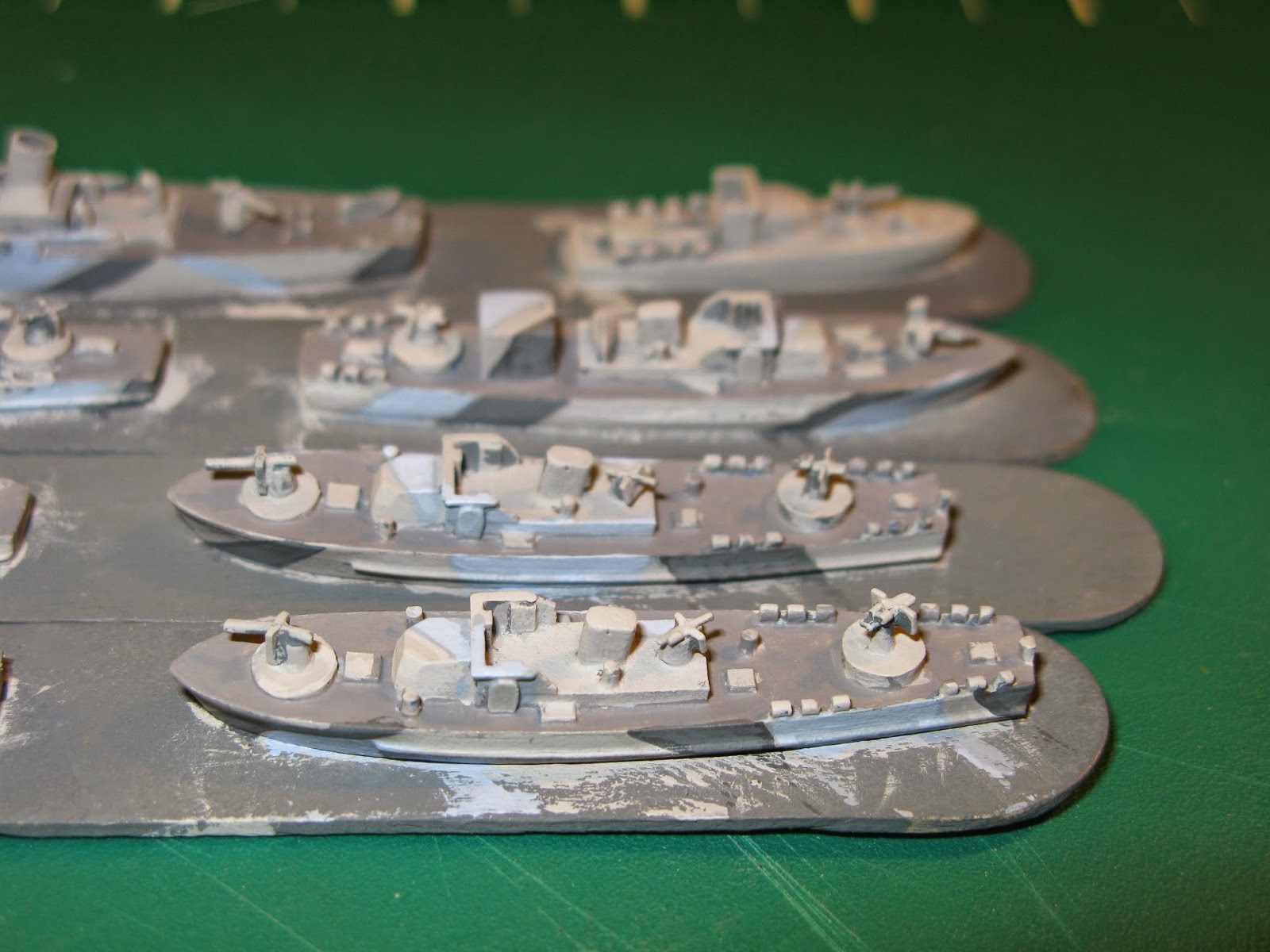 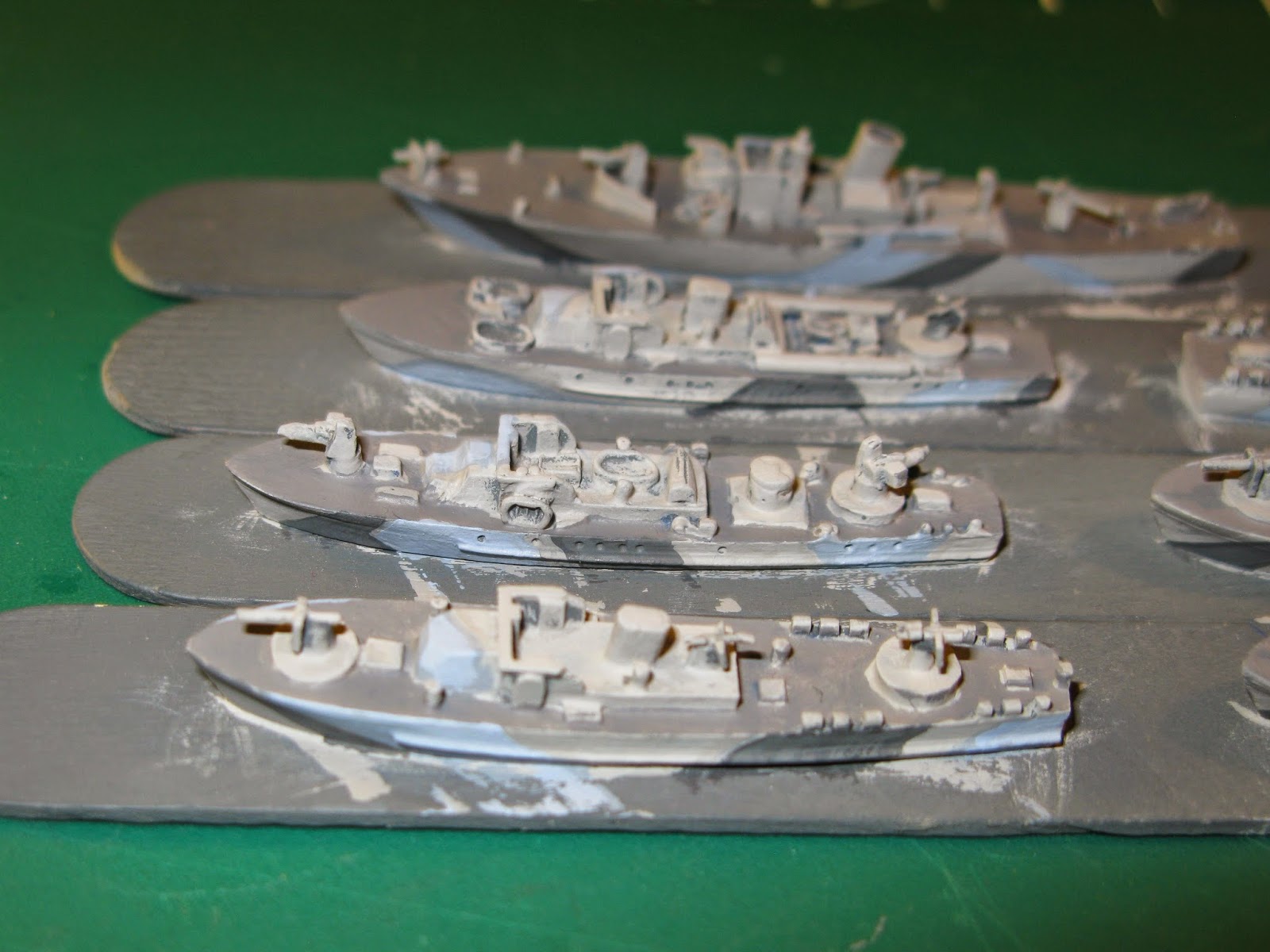 I spent most of the weekend on an infernal combination of schoolwork and searching for a new car, so the coastal warfare painting plans were shoved to one side. However, I've now done the camouflage patterns on the MGB's and the SGB, ready for a wash in GW Nuln Oil, leaving the trawlers to be tackled on their own, as they deserve a bit of attention to detail.

The rather crude camouflage and the deck colour on the SGB / MGB's is a bit of guesswork but is based on some profiles in the Osprey British Motor Gun Boat 1939-45 book, so can't be that far off the mark. I'll do the detailing bit after the ink wash, which should make them look a little less rough and ready. Anyway, it's always a bit 'ho hum' at the stage in the proceedings, so I'm not feeling too worried about the end result...?
Posted by Jim Jackaman at 13:32