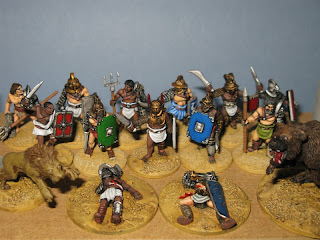 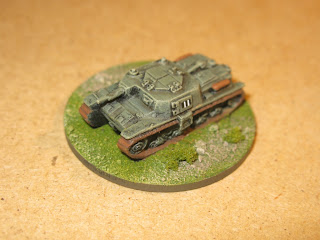 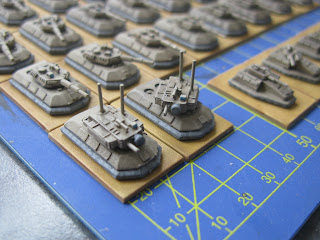 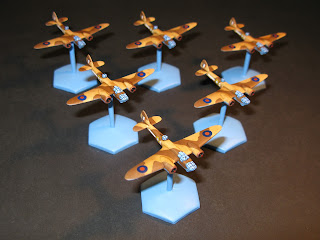 A rather mixed year as far as wargaming projects go, with some small successes and a lot of unfinished stuff now languishing in the really useful boxes. I did get my Gladiatiors project completed but the games turned out to be a bit of a let down due to the wonky Warhammer rules. I also completed my spray and dip Iron Cow ONESS English battlegroup, with only a few extras needed to round it off.

The Italians for the BKC Aegean campaign have been completed up to a uesable point, although the bulk of the army is still in the half way stage, so not a great result. A far more successful outcome has been the Bag the Hun 2 North Africa RAF planes, which have even been used for a game at the club and will get much more use next year over Malta, perhaps even as a core unit in a mini-campaign. 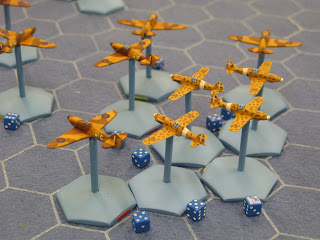 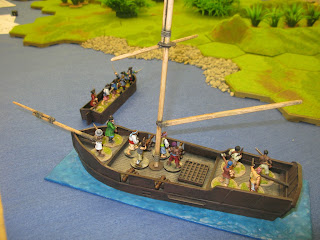 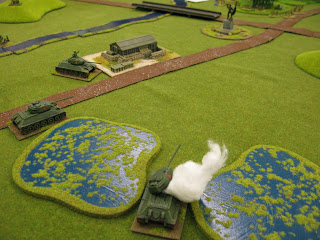 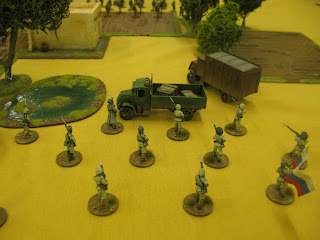 I have had some really good games at the club this year and have managed to get along on a more regular basis of late. I've run a few games too which I've really enjoyed including the Bag the Hun games, the Saurian Safari pirates v. dinosaurs game, the AK47 multiplayer and, last but not least, the third Back of Beyond campaign. I've also really enjoyed trying out new rules thanks to other club players, especially the Maurice game which I thought was great fun.

I'll definately try to get some more new rules experience in 2013 and also to umpire some more multiplayer games for the club, assuming I can find the time and can shift the figures I need. The Bag The Hun 2 project seems to have been an intial success and there's also some interest in more AK47, so I have plenty of things to be getting on with in 2013. And then there's the new stuff!
Posted by Jim Jackaman at 05:43