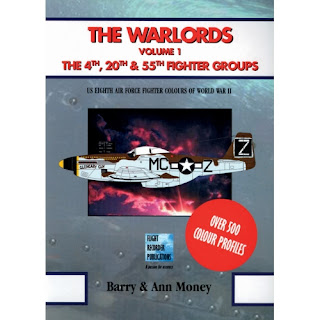 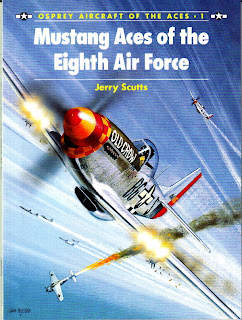 I've been reading up for the BTH2 game in January, with a focus on the models that I'm going to paint up for the scenario. Although the Luftwaffe should come first, I've concentrated my research on the USAAF, with particular reference to a flight of bare metal late model P51D Mustangs. These will be added to my existing MkXIV's Spitfires and MkV Tempests, which I painted up for the Bag the Doodlebug project a couple of years ago. 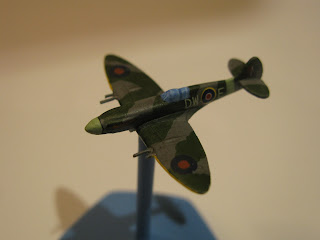 The P51's will make the most of my decal collection which includes a couple of packs of I-94 decals that I originally bought to use with some less than fantastic P38 Lightnings from the Scotia range. They ended up in the surplus to requirements box, but the Raiden P51's that I also have stashed away are much better and will make an excellent addition to the game. 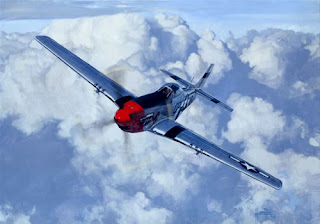 I have the option of the 334th or 336th Fighter Squadron of the 4th Fighter Group, 8th Air Force, both of which have an attractive but simple red nosed colour scheme. The I-94 decal set is really good so the end result should look the dogs doo-dah, assuming I can do the fiddly decals justice. I'm hoping to make a start on the basing up tonight but, as it's Saturday, I may well get sidelined.
Posted by Jim Jackaman at 10:17