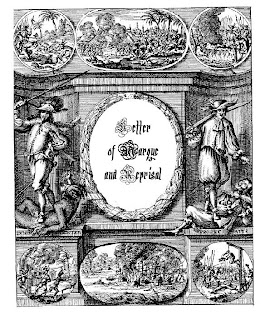 I've been thinking about the rules options for the Peter Pig 1/450th pirate ships and have narrowed them down to three of four potential rules, all of which are suitable for small scale naval engagements with one, two or three models per side. Ideally, I'd write my own set of fast play rules, using hex movement and some sort of card based turn system, but if I can find one that works for me then so much the better.

The current frontrunner is Letters of Marque and Reprisal, which was written for use with the Peter Pig ships and is designed specifically for one or two ships a side. It seems to be pretty comprehensive and emphasises the role play element which is an interesting feature. It's also well supported with resources and a couple of scenarios and it's free, which is a bonus. 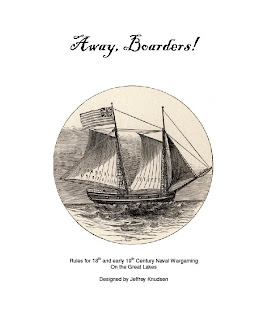 Another free set of rules that grabbed my attention is Away Boarders!, which is written for small ship action on the Great Lakes during the War of 1812, but which would work well for pirate games too. It's less extensive than LoMaR but has a neat movement system using a traingular template that could be adapted to hexes or left as it is. 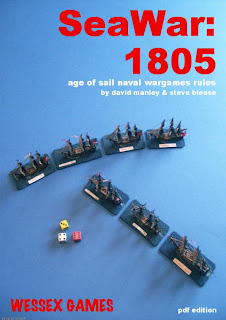 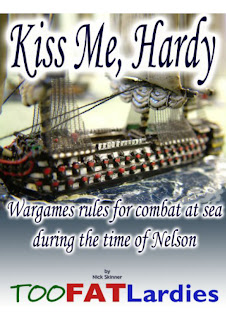 Then there are a couple of commercial rule sets that I already have in the library, including Wessex Games SeaWar:1805 and the Kiss Me Hardy rules by Toofatlardies. These are gauged more towards Napoleonic fleet actions but are straightforward enough to use one on one with pirate ships, especially as the latter uses a card based turn sequence and has lots of potential for pirate related fine tuning.

In the end, I'll probably try out all of these and others as well, until I find a set that works well for the sort of low level, fast play games I'm thinking of. I've even thought about adapting the Aeronef or Full Thrust systems, so anything is potentially up for consideration. Any suggestions would be very welcome.