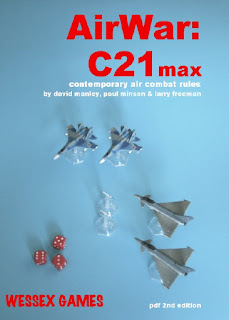 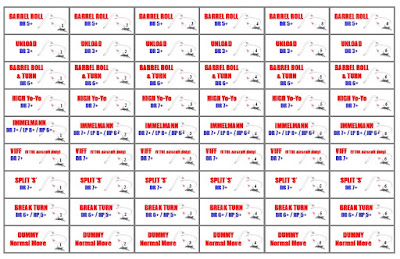 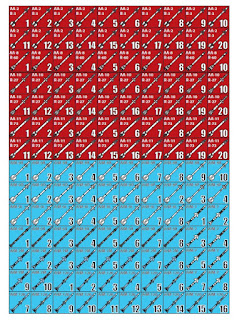 It was chucking down today and all of the tables in the house were being used by the family for various work and play activities, so I couldn't play the USN versus RN Broadside and Ram game that I've devised and was forced to wait a bit longer. Instead, I dug out my digital print out copy of Air War:C21, refiled it in a new folder, then laminated and cut out all of the counters, markers and templates include some nifty missile markers that I got from who knows where?

The idea is to give it a go using my 1/600th scale aircraft, so that I can compare the gameplay to Target Locked On! I originally planned to use Air War:C21 for modern air wargaming until TLO turned up, so now would be a good opportunity to actually try it out. I quite fancy painting ups some aircraft for the Falklands at some point too, so the scenario supplement for Air War:C21 is another good reason to give the rules a go.
Posted by Jim Jackaman at 10:41