Back Garden Bag the Hun 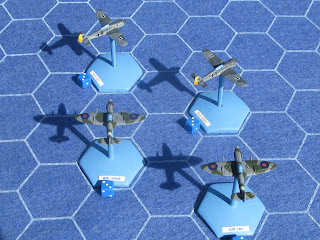 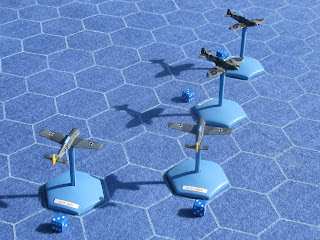 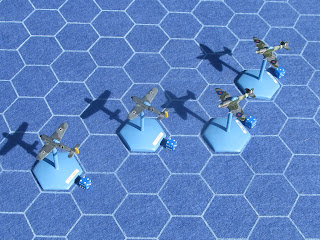 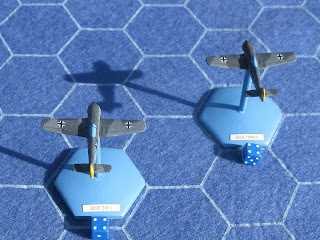 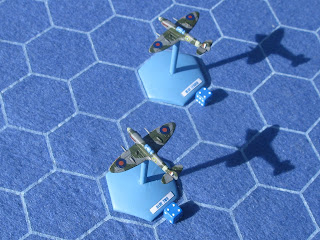 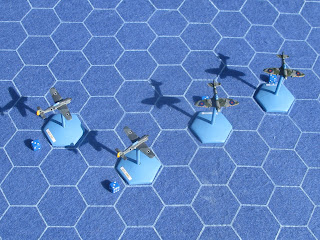 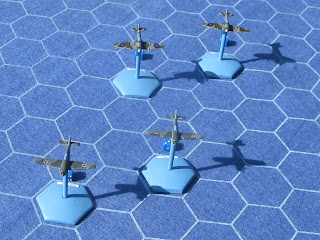 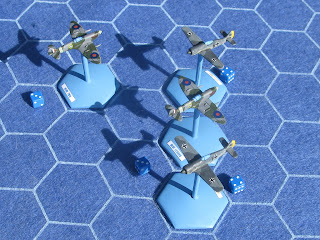 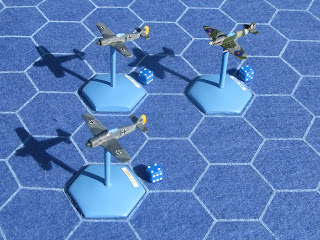 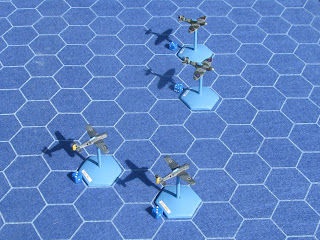 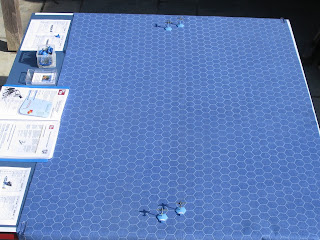 It was a lovely morning, so I set up a game of Bag the Hun in the back garden against my daughter, using the Deadly Pairs scenario as a starting point. She took on the role of the RAF with two 129 Squadron Spitfire Vb's flown by F/Lt Robinson and F/Sgt Blanchard, while I had two FW-190A2's of III/JG2 flown by Lt.Berchmanns and Fdw.Tomas. The sun was in the South East, both in the scenario and in real life, so it was also very hot. As a result, we played for about an hour before escaping into the shade for a cool drink.

It was an enjoyable game but not as much fun as the others we have played recently. There was a lot of manoeuvring for position and some really good tactical play by the sprog, but she found the gameplay slower and the card deck turn sequence frustrating, as she couldn't just do what she wanted. We both had a chance to fire at each other but missed, so there wasn't any turning point in the game that we could use as a way to determine a winner. A bit hit and miss in more than one sense.

It's a shame, as I really like Bag the Hun for multiplayer games, but that's just the way the rules work. I've been thinking of trying an alternative set of rules at some point, perhaps the old Blue Sky / Luftwaffe 46 series, which are similar but not turn card based, or even the free Sturmovik Commander rules which are very straightforward but still quite comprehensive. I might even try Check Your Six! again, even though I didn't warm to it when I've played it before, a long time ago.