Fistful of Lead - Find the Map! 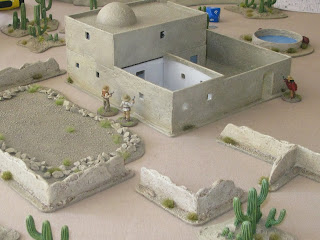 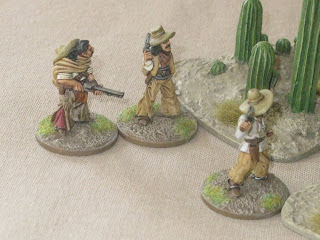 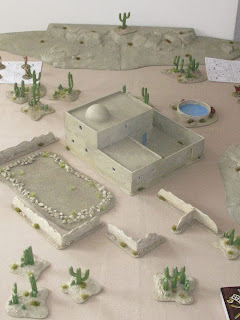 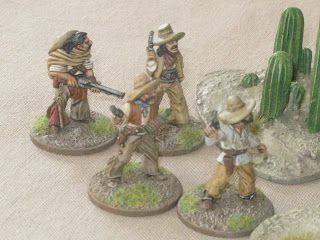 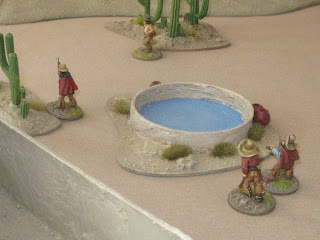 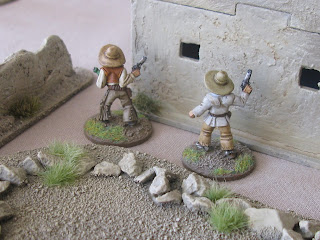 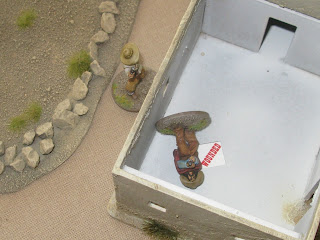 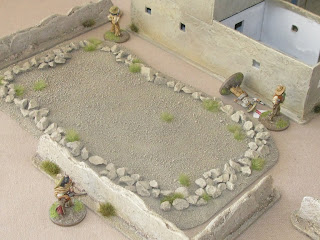 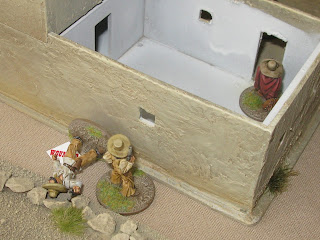 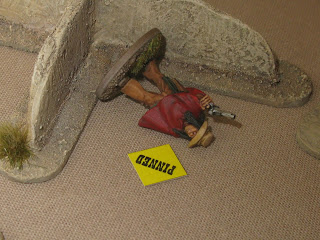 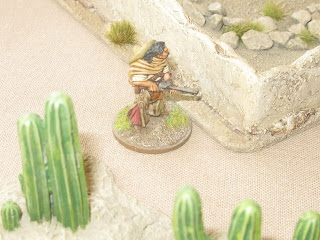 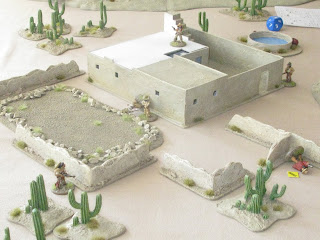 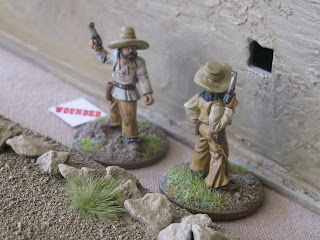 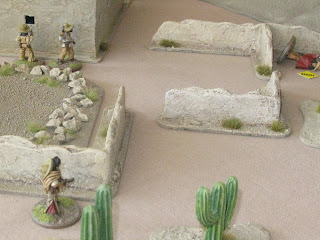 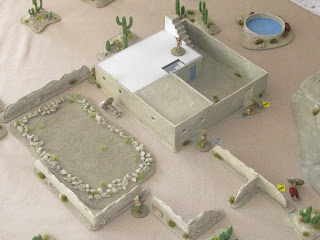 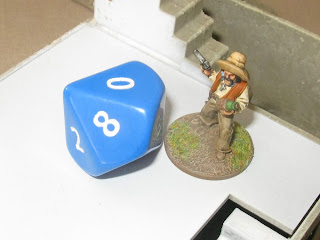 The kids wanted to play Fistful of Lead again today, so I rolled up two new bandito posses - the Fajita brothers and the Chimichanga Gang - for a 'find the treasure map' scenario. The map was hidden in one of the three rooms in the farm house, required a D10 roll of 10 to be found, which would mark the end of the game. The two rival bandito gangs started on opposite sides of the table - Rico, Chico, Tico and Loco Fajita to the south with Rojo, Django, Filipo and Mongo Chimichanga to the north.

The two gangs were equal in points, weapons and traits, so it was going to be a tight game. In the end, the Fajitas gang managed to get inside the farm house and up to the top room, where Loco succeeded in rolling a 0 on the D10 at the first attempt. There was a lot of tactical movement and lots of gunfire, with the cover making it difficult to score hits for both sides. It was a really good game but my daughter won again, making it a seven nil winning streak!
Posted by Jim Jackaman at 09:13