The Battle of Halifax 1871 Photo Report 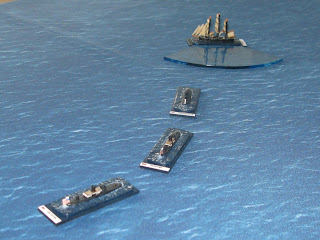 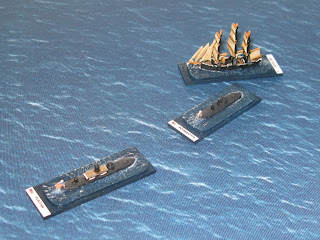 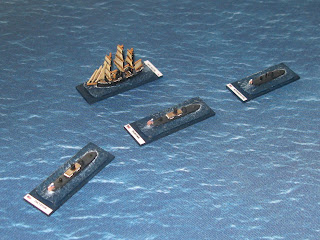 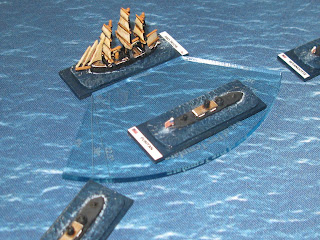 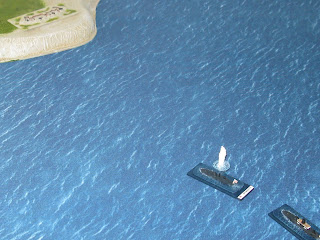 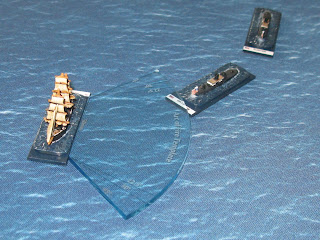 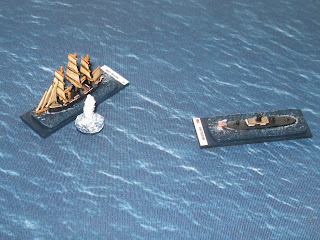 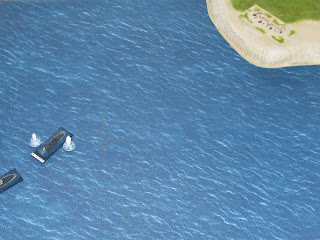 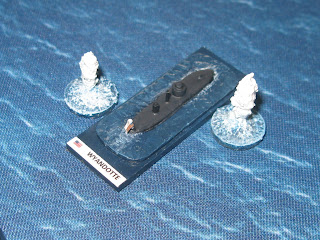 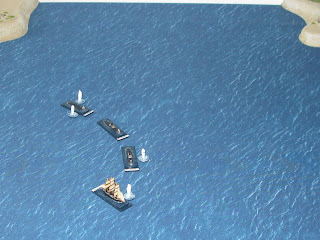 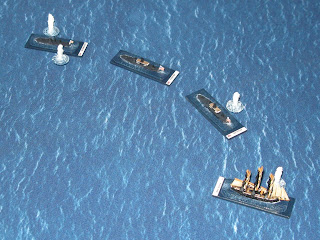 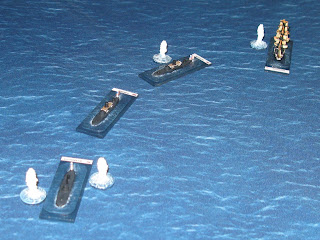 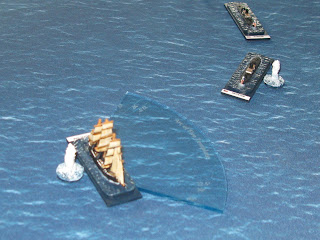 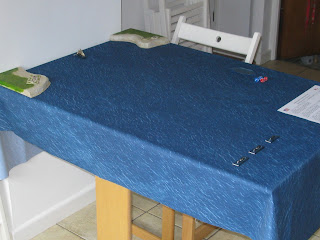 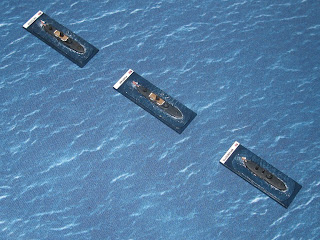 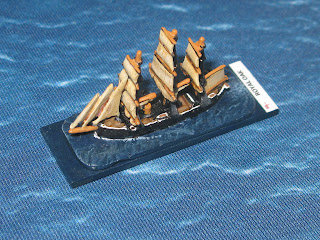 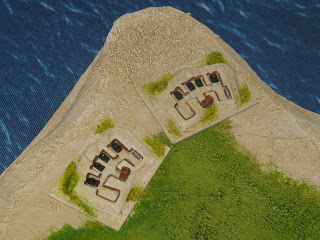 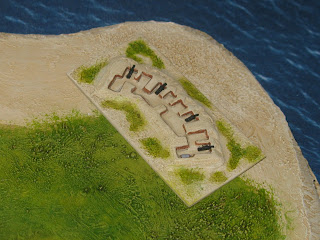 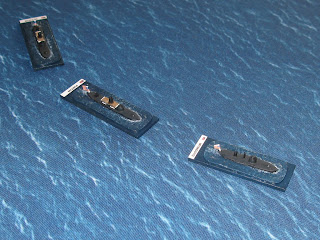 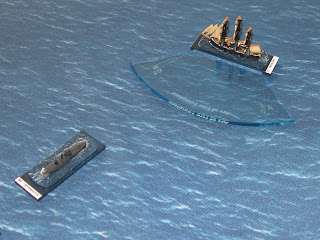 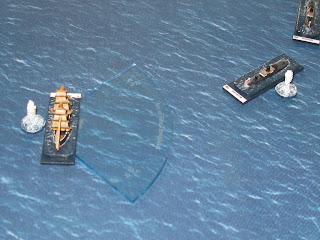 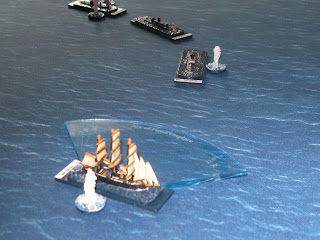 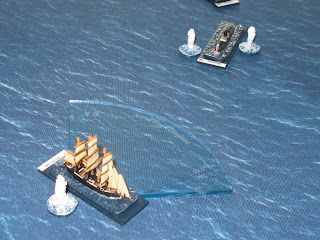 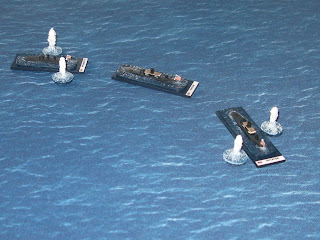 I played out the Opening Shots scenario for the fictitious Battle of Halifax in 1871 yesterday, with HMS Royal Alfred, here played by HMS Royal Oak, defending the port from a squadron of US Monitors sent to impose a blockade. It turned out to be a pretty even match, even though it was one against three, due to the AF 6 firepower of the York Redoubt shore battery and the skilful handling of HMS Royal Alfred by her commander, Captain Wells RN. This opening scenario is the first of three that I'm going to play over the next couple of weeks, using the excellent Broadside and Ram fast play rules.

In the first four turns, the US squadron and HMS Royal Alfred steamed toward each other, with the Royal Alfred going straight ahead at maximum speed, while the monitors charted a dog leg course to cut her off. In Turn Five both sides opened fire at maximum range but with no effect, as the shots bounced off the armour plating of both the monitors and the ironclad. The US combined the firepower of their monitors to maximise the chances of a penetration but HMS Royal Alfred just shrugged off the shells and carried on, thanks to some good dice rolling and a DF of 7.

In Turn Six there was more manoeuvring, as HMS Royal Alfred attempted to deny the US monitors mutual support while inching them closer to the 12'' firing range of the shore batteries. The US commander, Rear Admiral Lee, thought he would be out of range of the plunging fire from the forts, but miscalculated his turns and left USS Wyandotte at the head of the squadron just inside the arc of York Redoubt's 9'' RML's. In Turn Seven the shore batteries opened fire, inflicting a Damaged result on the Wyandotte in both phases, leaving her Silenced. In the same turn, HMS Royal Alfred and USS Dictator traded shots, with both suffering a Damaged result.

USS Wyandotte was now in a sticky situation and, as the lead ship in the squadron, would have to turn away from the shore batteries to get out of range, causing the other monitors to follow along. It was only by some tight turning that the US monitors managed to avoid any further damage from the York Redoubt shore battery, just scraping beyond the 12'' range marker. The two sides continued to hammer away at each other as they pulled apart, however, but without any damage in Turn Eight, Nine and Ten. In Turn Eleven a lucky shot from USS Dictator silenced HMS Royal Alfred, so Captain Wells decided that honour had been served and decided to retreat.

The US monitors consistently rolled terrible AP rolls, so could not repair the Silenced result on USS Wyandotte until Turn Twelve. By this time the squadron was heading straight out into the North Atlantic in the opposite direction to HMS Royal Alfred, so Rear Admiral Lee decided to call it a day. With two Damaged monitors including the flagship USS Dictator, there was little chance of continuing the battle to any decisive conclusion, especially as the guns of the shore batteries controlled the entrance to the harbour, making it very dangerous to pursue HMS Royal Alfred any further.

I decided that this was a narrow victory for the Royal Navy, who scored two Victory Points from the damage on USS Wyandotte and USS Dictator, for one Victory Point lost to the United States Navy for the damage on HMS Royal Alfred. In the next game, these ships will be out of action, having been sent back to their respective dockyards for repairs. The next scenario will also be set out to sea rather than inshore, as the Royal Navy flying squadron races to break the siege of Halifax, which the United States Navy has wisely decide will be a distant rather than a close blockade.
Posted by Jim Jackaman at 02:56