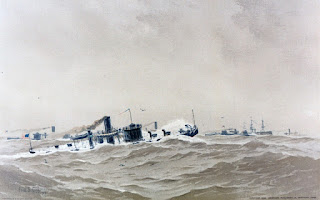 I've been devising a 'What If?' background for a war between the United States and Great Britain to provide a rationale of sorts for some Broadside and Ram scenarios. The basic idea I've come up with is that following the outbreak of war between France and Great Britain in 1870, the United States sees an opportunity to grab the Dominion of Canada while the Royal Navy is preoccupied, massing troops on the border and sending a powerful squadron of monitors from Boston to blockade Halifax. 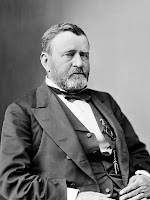 The US President, Ullysses S.Grant, reluctantly accedes to the plan on the basis that the British will come to a negotiated settlement, ceding territory and natural resources to the US rather than going to war. The influence of Louis Riel, the anti-British French Canadian rebel activist, helps to persuade the US administration that they can also destabilise the colony from within, making it impossible for the British to oppose a potential land invasion by US troops. The French also throw their weight behind the plan, promising to support the US in any potential outbreak of hostilities.

Unfortunately, the US misjudges the determination of the British Government under re-elected PM Benjamin Disraeli, who sends a powerful squadron of ironclads to break the blockade of Halifax and to give the United States a well-deserved bloody nose. Through their extensive spy network, the British are aware of the reluctance of the US President to actually go to war and also have intelligence that the invasion threat is not serious, so are convinced that a show of force by the Royal Navy will be sufficient to dissuade the US from any military action.

All this opens up the possibility of some interesting naval actions between the Royal Navy ironclad fleet and the US North Atlantic Squadron blockading Halifax, not to mention the French!
Posted by Jim Jackaman at 11:28