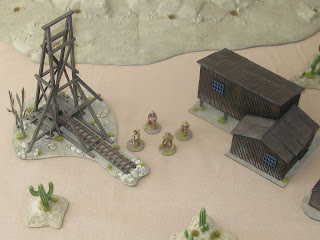 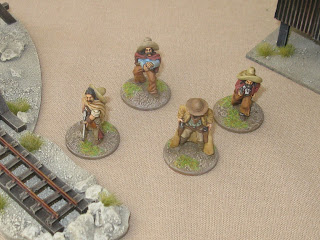 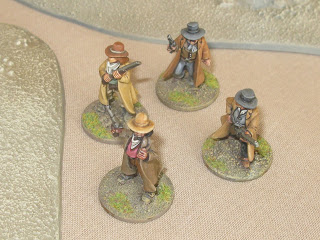 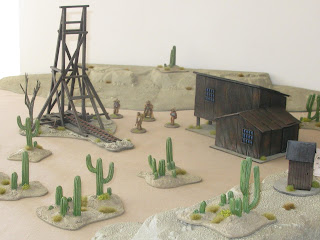 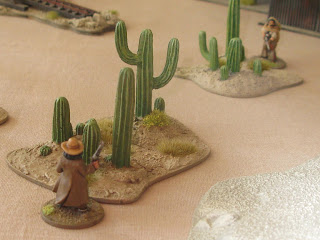 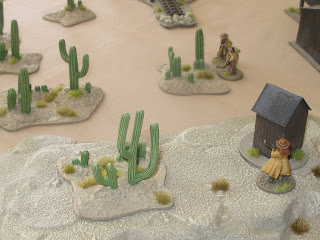 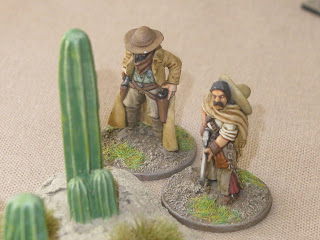 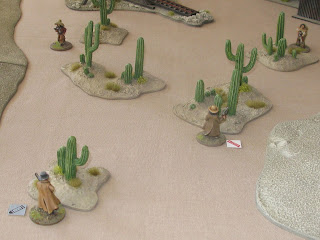 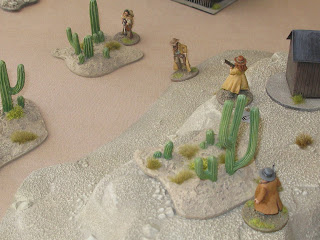 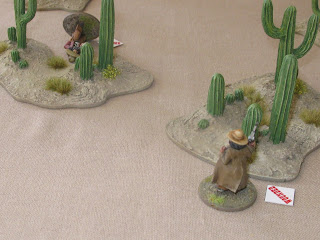 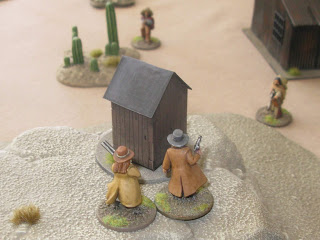 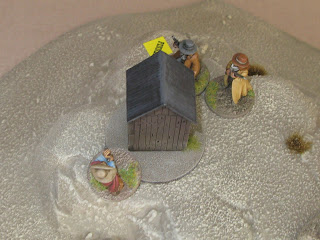 The big finale Fistful of Lead game this afternoon was a variation of one of the scenarios in the rulebook, tweaked to fit the on-going storyline of the last couple of games. With their leader shipped off to jail, the banditos have escaped into the hills to seek refuge at an abandoned silver mine. The lawmen have tracked them to the old mine in Silver Canyon and are closing in for the final show down. We used the same gangs as the previous game, so that we could jump right into the action but I took on the umpiring, as my fourteen year old son wanted to join in as the bandito player.

The game was great fun but ended in the now predictable walkover win for the lawmen, despite a wobbly start and a few tricky moments. I had placed a shed on one of the hills containing a box of dynamite, which could be broken into by either side and used as an improvised grenade, but it ended up firmly locked and there were no exciting explosions. Instead, the banditos were shot down one after the other, for the loss of one of the deputies, which exactly mirrored the outcome of the previous game (so it's not just me!).

It was a really enjoyable game but we're going to take a break now to try out something different. I like the Fistful of Lead system a lot and have been wondering about using it for some Back of Beyond gaming, for which I have plenty of figures, or even for gangsters in the 1920's but using my Old West terrain. I have some unpainted Copplestone gangster and FBI figures for this which I could easily use as the basis of two gangs, together with the opportunity to convert a few diecast toy cars. It's all quite tempting but I really should stick to what I'm supposed to be doing!
Posted by Jim Jackaman at 09:06