Fistful of Lead - Run the Gauntlet 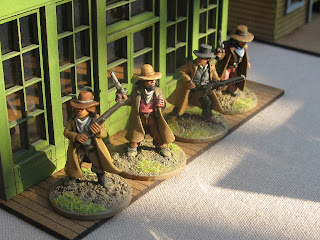 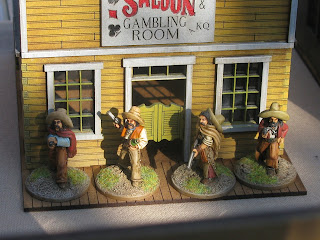 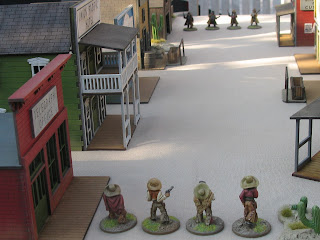 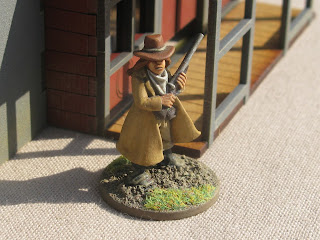 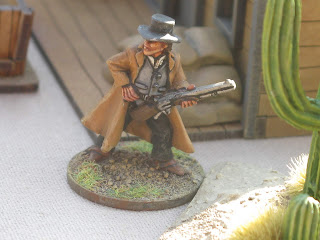 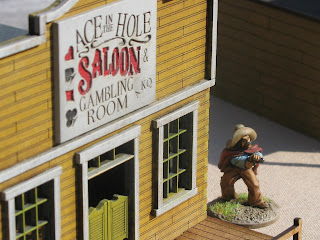 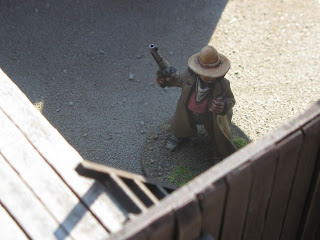 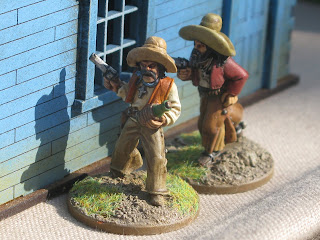 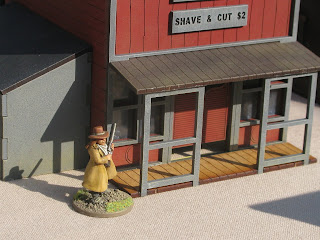 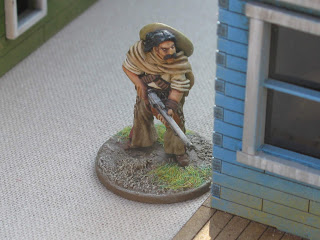 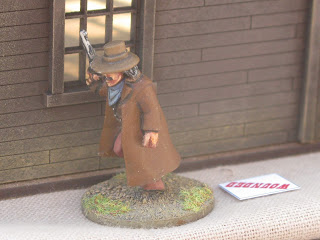 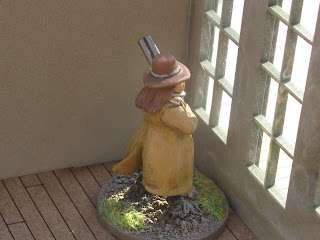 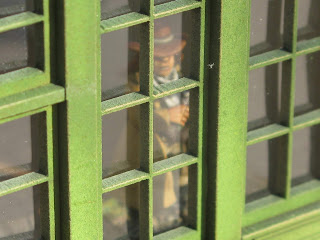 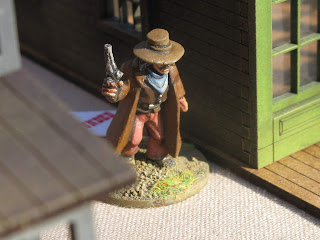 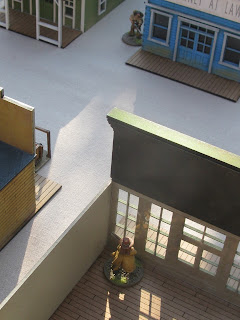 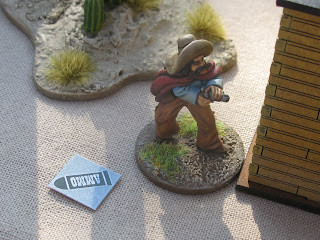 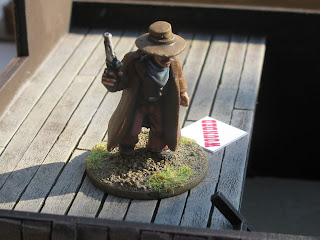 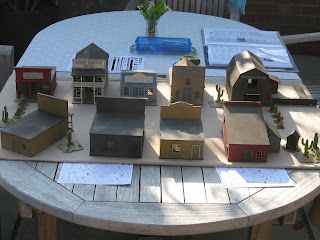 I played another al-fresco game of Fistful of Lead with my daughter this afternoon and I didn't lose for a change! It was in fact a draw, as the scenario objective was for her banditos to exit the table via the stables, where their horses were saddled and waiting, while my lawmen had to stop them escaping. I shot and killed two of her banditos, losing three lawmen in the gunfuight, while she managed to get two of the bad guys off the board. It was a lot of fun and I'll be re-running the same game for my son later on, as he really wanted to have a go.
Posted by Jim Jackaman at 09:44