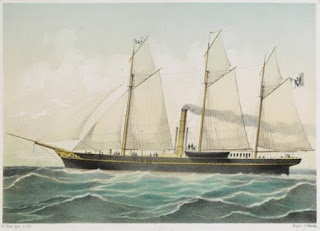 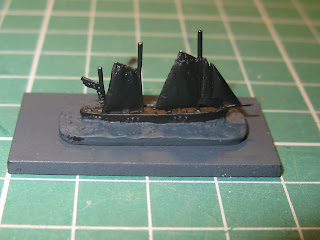 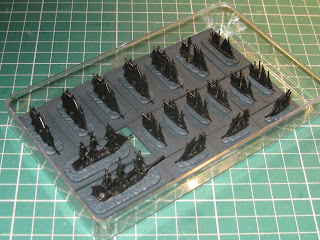 I had a rummage in my 1/2400th scale lead pile and pulled out a Hallmark gunboat model, which I originally bought for the Battle of Jasmund project before switching over to the Tumbling Dice range. However, I think it's not too far off the Prussian Royal Yacht Grille, which played a not insignificant role in the war against the Danish blockading fleet in the Baltic. It's not an exact match but then neither are most of the other ships that I've used to represent the Prussian forces, especially the first class gunboats which are completely wrong apart from their relative size. I now have most of the gunboats, corvettes and frigates that I need for the entire war, let alone the Battle of Jasmund, so I'll start painting them over the next few days.
Posted by Jim Jackaman at 04:54