A Bad Day in the Badlands 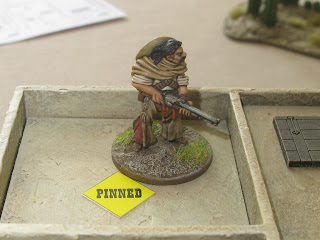 I played a Fistful of Lead:Reloaded game with my daughter this morning, in a futile attempt to up the stakes and actually beat her in a skirmish game, having failed both times when we played Target Locked On!. I rolled up two posses of four figures, using traits for both sides to make them up to a full fifteen points, set up the table and we were off. I hadn't played a game for ages but it was like putting on a pair of comfy old shoes, as it's such an intuitive system. 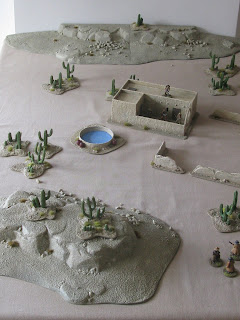 In this gunfight, she took a posse of four lantern jawed lawmen while I took my usual ragged bunch of four Mexican banditos, who were holed up in a hideout somewhere in the baddest bit of the Badlands. Loco, Chico, Tico and Rico were wanted men and the sheriff and his deputies had tracked them down to their flea bitten hideout to take them in, dead or alive. 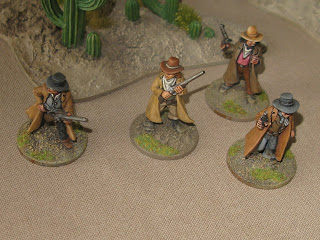 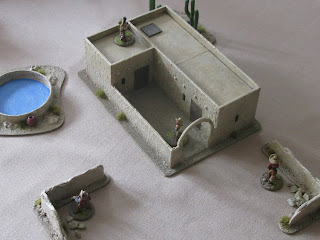 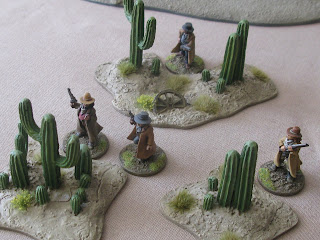 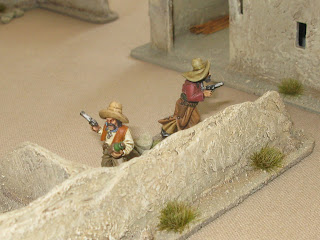 The game went well for the banditos at first but started to unravel in Turn 2, when the lookout Chico was pinned down on the roof of the hideout, failed his rally roll and fled the scene, taking the only rifle with him. As the law moved closer to the walls of the hideout both sides began to blaze away, with another bandito and one of the deputies both mown down in a hail of bullets. Things were looking a bit messy for the Mexicans! 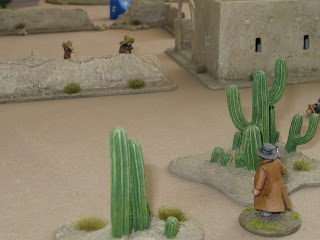 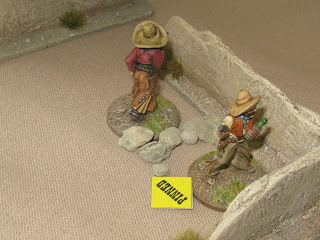 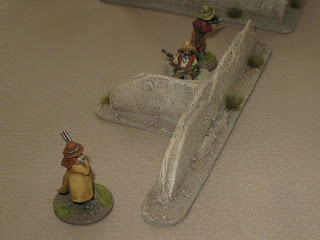 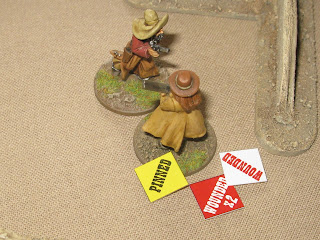 In Turn 4 a second bandito fell to a deputy's shot gun blast but not before the sheriff himself was blown away by Loco, the bandit's slightly unhinged head honcho. A close quarters fight then broke out, in which the shotgun armed deputy was seriously wounded but survived due to his trait, which gave him a four wound threshold instead of the usual three. In the final showdown, everyone ran out of ammo, so the wounded and now pinned Loco had no choice but to surrender to the last two deputies. 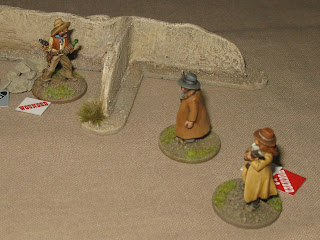 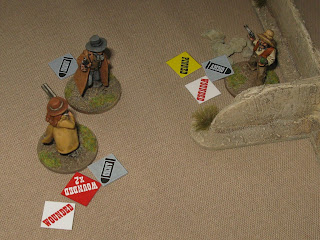 This was a really good game and I'd forgotten how much fun the Fistful of Lead rules are to play, so we'll be having another game tomorrow. This will move the action back into town and I may even link it in with the first game to give it a narrative twist, perhaps using the '4.10 to Yucca' scenario as a theme? It reminded me that I really should paint some more figures to make another posse or just to have some townsfolk to terrify.