I've decided to extend my modern naval project to include some Chinese warships that could be used in a 'flashpoint' conflict against both the Chilean and Peruvian forces that I'm working on at the moment, as well as for other scenarios in the South China Sea, for example. The thinking behind this is based on the fleets of trawlers and factory ships that operate illegally off the coast of Chile, Peru and Ecuador, which I can use as a hook for a limited scale conflict between the combined navies of those countries and the Chinese PLAN. 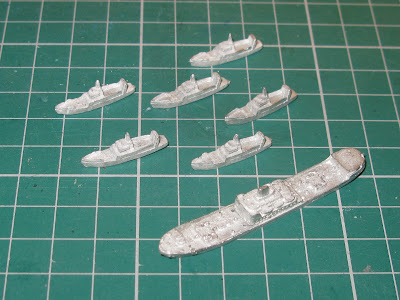 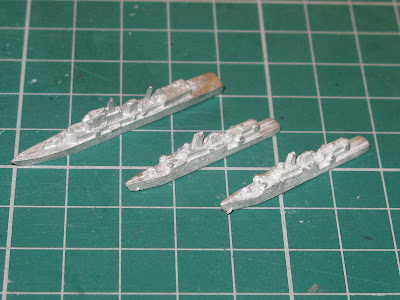 It's a bit sketchy at the moment, but I do have some nice Navwar deep sea trawlers and a factory ship, together with a Luhu class destroyer and a couple of Jaingwei II frigates to get the thing going. This won't be a big extension to the project but I think it will add some fun to the Naval Command games that I'm planning, once again in the format of a small scale campaign of linked scenarios. I'm going to add these models to the Peruvian warships that I'll be painting over the next week or so.