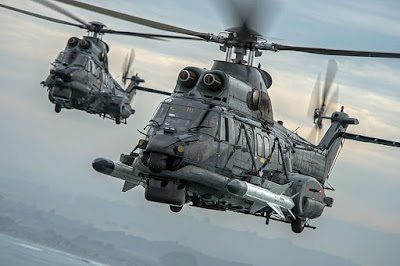 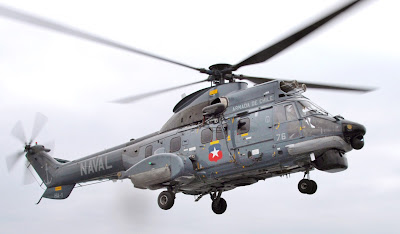 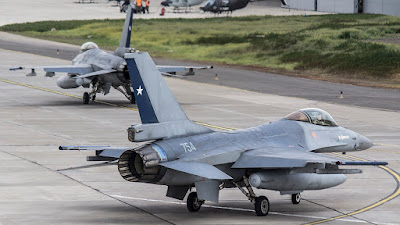 At some point soon, I'll be painting the aircraft and helicopters to use with my Chilean naval forces, using Tumbling Dice 1/600th scale models as usual. The Chileans operate AS332 Super Pumas from their frigates, destroyers and landing ship, so I have prepared eight of these for the project, half of which I will arm with Exocet missiles for anti-shipping strikes and the rest as ASW variants. The models are basic Pumas but I think they'll pass at a distance for the more modern Super Puma variant.

I'll also paint up four land based F-16's which can be used for anti-shipping missions, possibly equipped with AGM-84 Harpoon missiles, but also as top cover for the fleet when it is operating offshore. I'm not sure when I'll get round to all this, as I have the Peruvian Navy warships to paint first, but I'm hoping to get the aircraft sorted in the next couple of weeks, if I get the time. In  the meantime, here's a rather good video of a Super Puma landing on the flight deck of the Foudre Class LPD, Sargento Aldea: